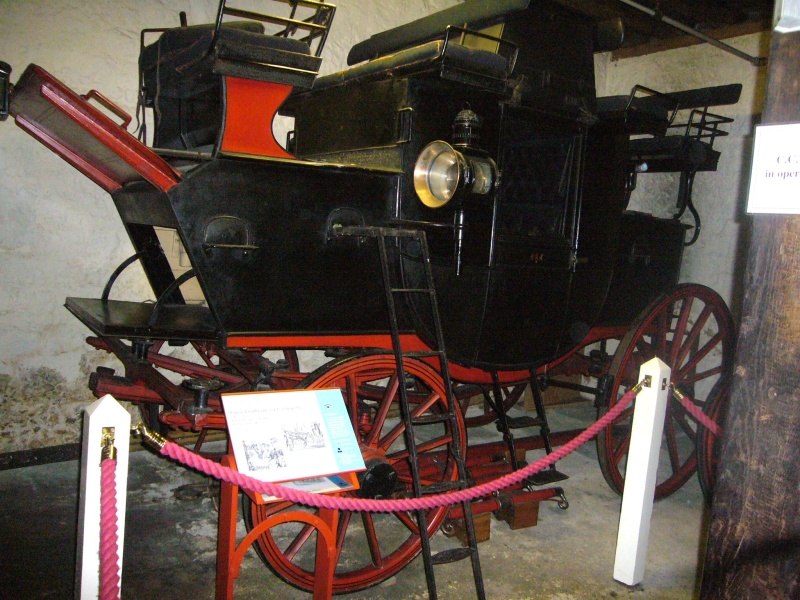 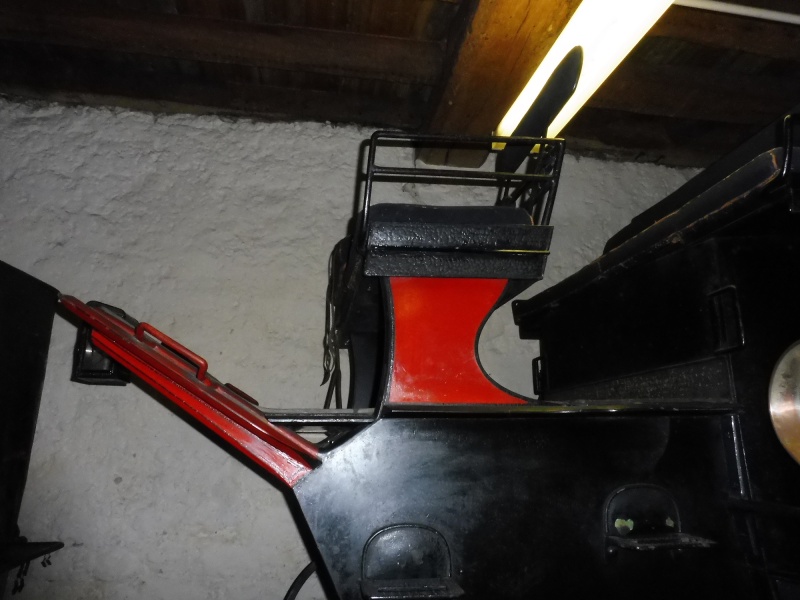 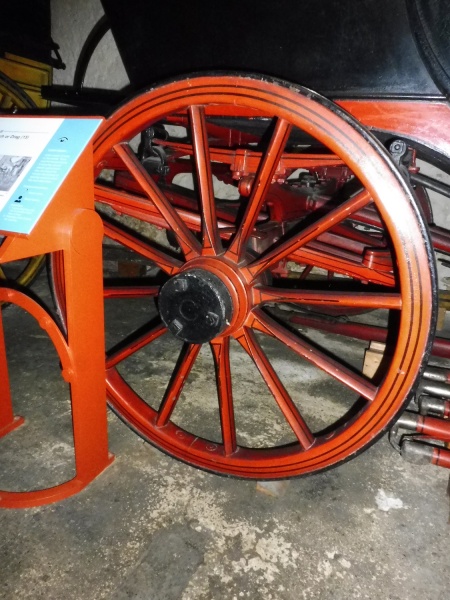 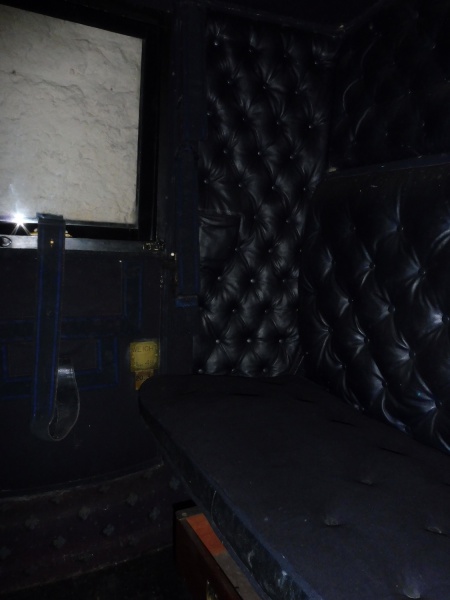 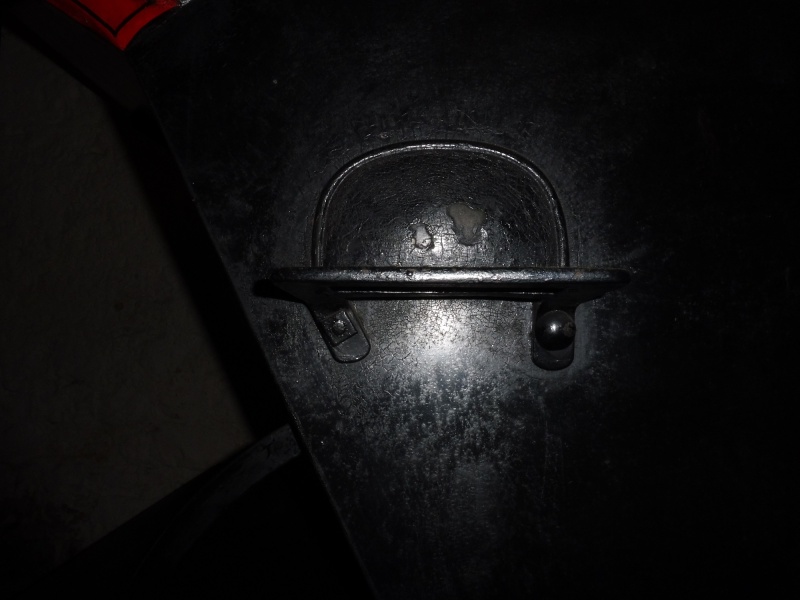 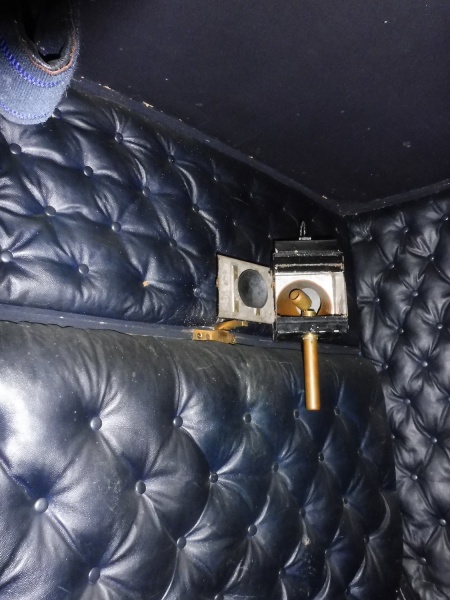 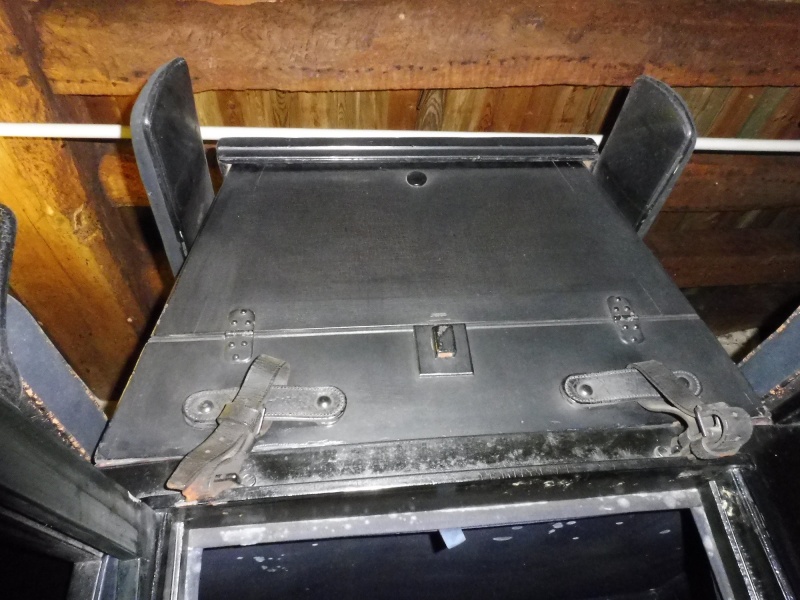 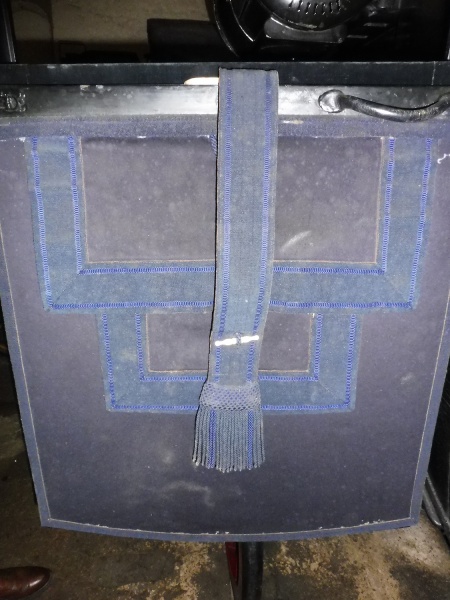 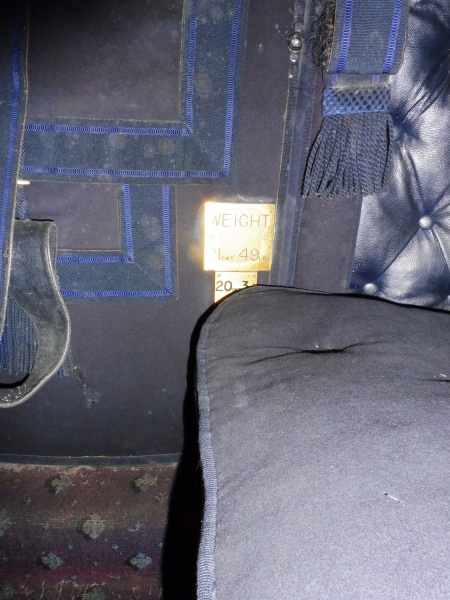 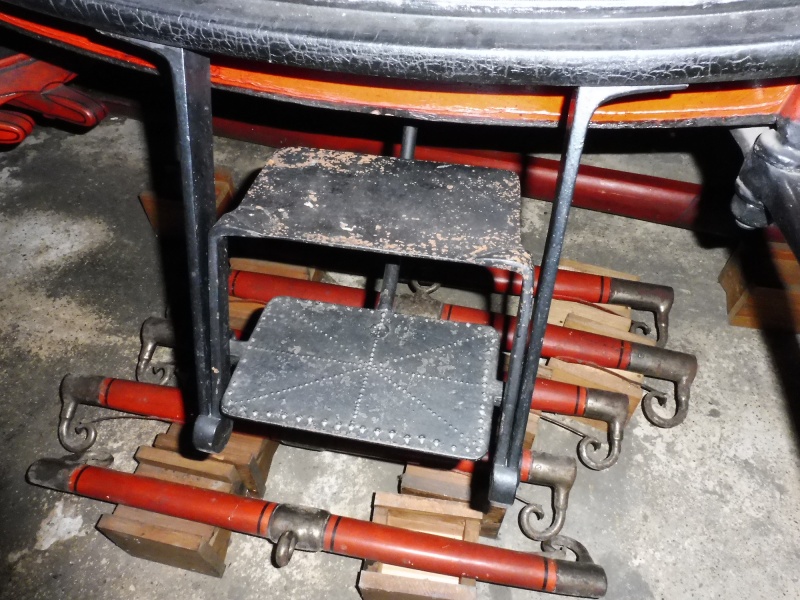 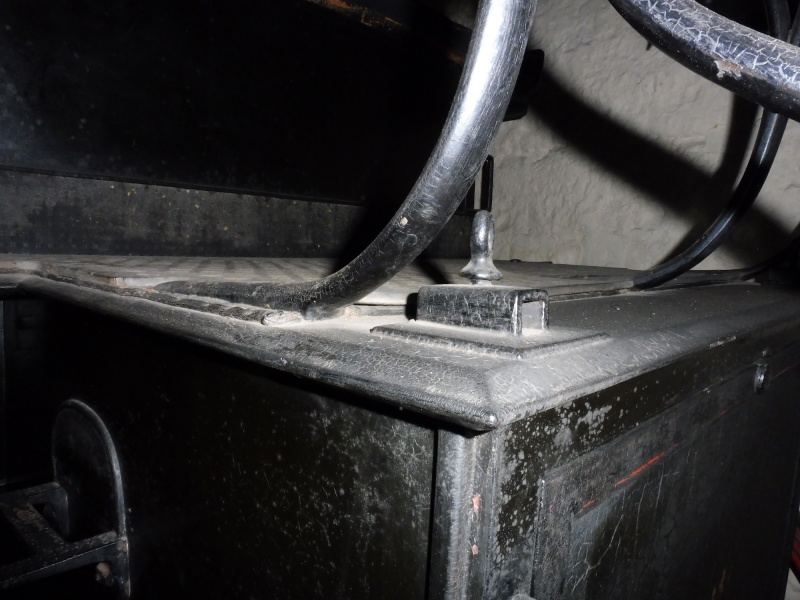 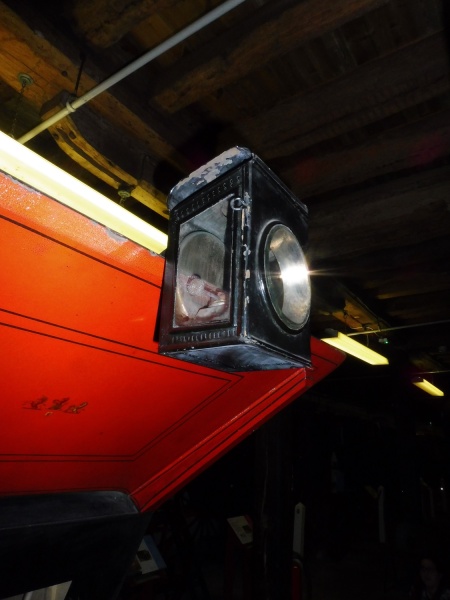 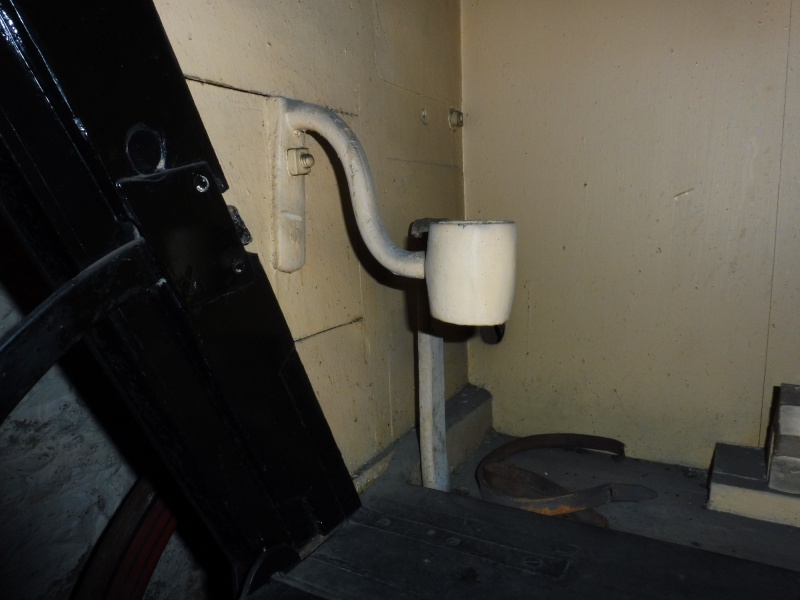 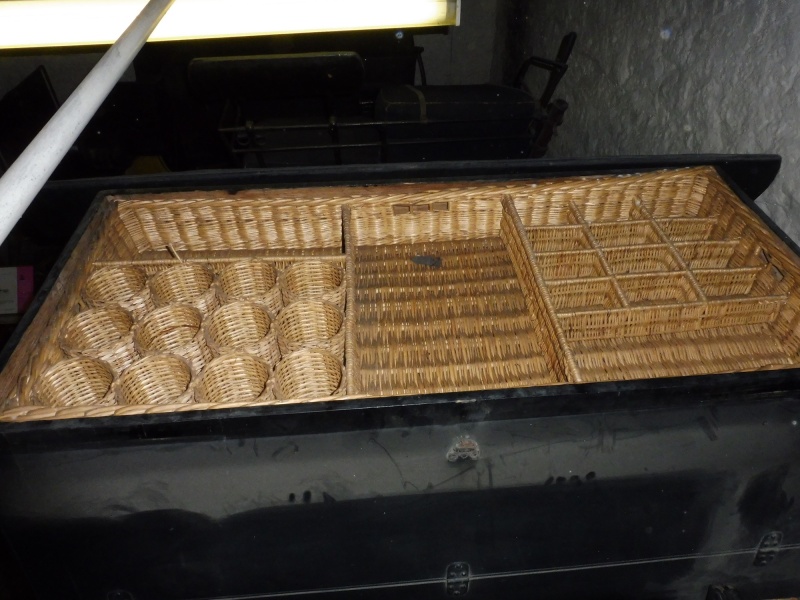 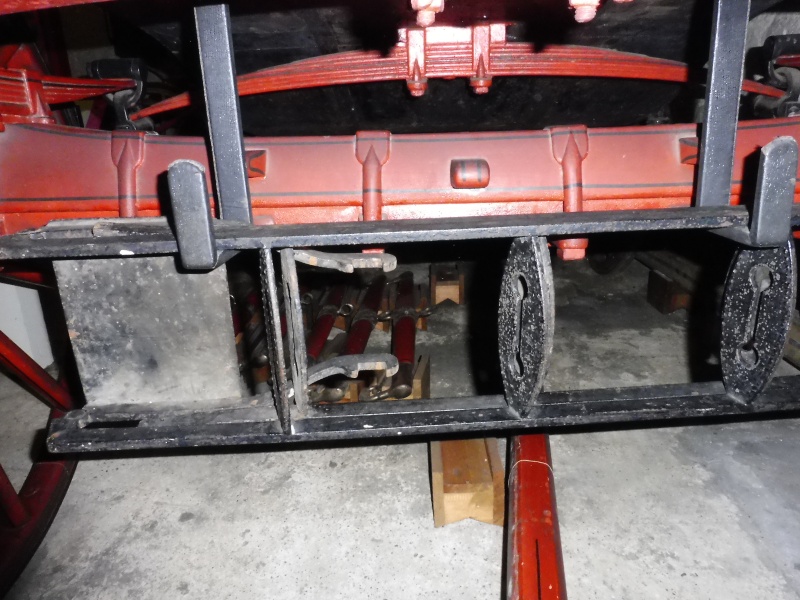 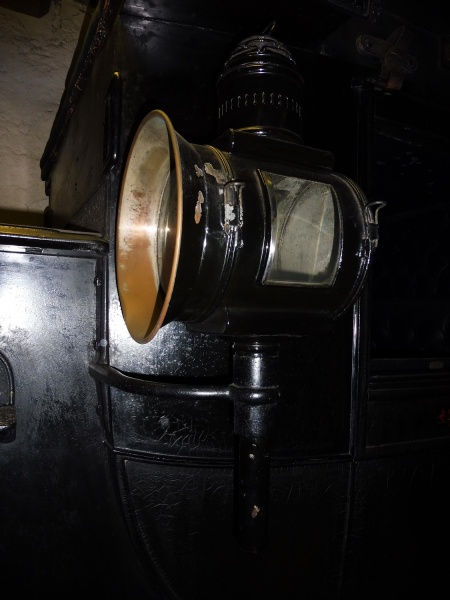 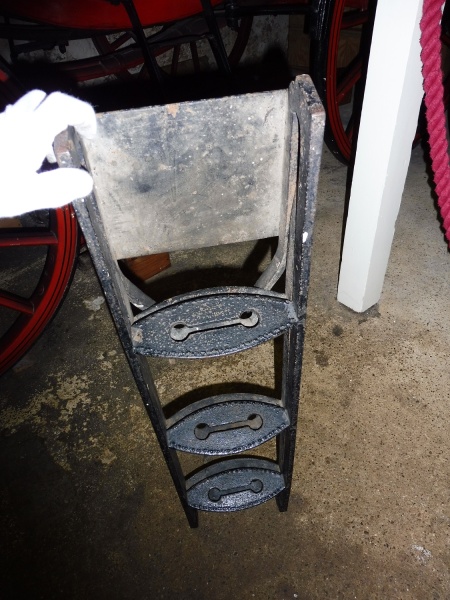 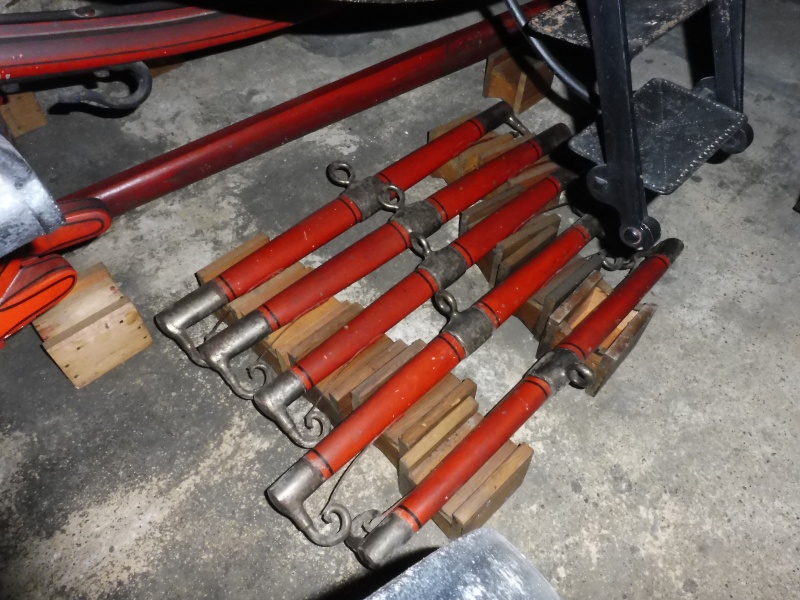 A very well appointed coach in original condition. There are a few unusual features such as the brackets in the front boot for the lamps when they are not in use and the unusual weight plate in the interior, bearing gross and net weights. The wood roof imperial is a rare survivor.

Private Drags were used by their owners for day trips to the races or cricket matches. They are lighter in construction to the Mail or Stagecoach as they were not required to travel such distances or at high speed. This coach is a super example and retains many original features. It was used by the late Sir David Salomons, Bart and was awarded a 'tribus' in the 1874 Agricultural Hall Horse Show.

The coach has a standard shaped body with boots to the front and back. The coachman’s seat has a riser that is almost straight at the front and curved at the back, a shape used by Shanks on their coaches. This coach has the proportions of a Shanks coach but there are no obvious marks of this workshop. Double seat rails surround the coachman’s seat and it is served with a leather skirt with black painted brass beading. The seat cushions are covered with a blue box cloth. At the front is a footboard that slopes slightly upwards and has a grab handle on each side. A footboard lamp is fitted to the front. The front facing passenger seat has single seat rails and a lazy back that sits against a roof imperial. This seat is also served with a leather skirt. At the rear is a rear facing passenger seat again with leather skirt and a lazy back. The grooms seat is supported on curved iron supports, the back one doubling up as a grab handle and has double seat rails. On the coachman and passenger footboards is a rubber matting.

On the roof is a splendid imperial built in wood. The lid lifts off to reveal the original wicker work tray to hold the accoutrements for a picnic. Iron fittings can be found on the top of the rear boot for a canopy to be fitted. The front boot is accessed via a hinged door. Inside are two brackets to hold the lamps when they are not in use. At the back the boot contains cellarettes.

The doors are hung on concealed hinges and have lowering windows with frames covered in blue cloth and T bar handles. On the side panels of the front boot are two footplates. A folding iron ladder slots into the footplate by the front passenger seat. A second folding ladder with oval shaped jagged footplates hangs on two hooks under the rear boot. There are two footplates fitted to the rear boot as well for access to the passenger and groom seats. External double folding steps allow access to the body of the coach. These have rectangular plates with a criss-cross patterned jagged surface.

A pair of Drag Coach lamps are fitted in lamp brackets that are bolted to the front edge of the body of the coach. The lamps are cylindrical with large circular front lights and rectangular curved side lights. Their metal work is painted black and the front rim is in brass. They are stamped 'Miller & Son, 179 Piccadilly', and have 3-wick oil burners and unusual chimneys.

A footboard lamp is attached to the front edge of the footboard. It is square in shape with a circular light at the front and rectangular lights on each side, it is also made by Miller and Son. Inside the coach is a small lamp mounted on a brass bracket above the front seat back. The wheels are English pattern with 12 spokes on the front wheels and 14 on the back. They are iron shod and on mail axles. The coach is sprung on Telegraph springs and has a perch that is compassed to match the profile of the body of the coach. Full team bars, a spare main bar and a pole with a crab end are displayed on the floor alongside.

Alongside the coachman’s seat is a hand lever for the break. A hook for a drag shoe is situated on the perch but the drag shoe is missing.

The body and the front and rear boots are painted black with the undercarriage, coachman’s seat riser, footboard and wheels being painted red with black lining. There are three small crests on the underside of the footboard and on the upper panels of the doors.

The coach is in super original condition and maintains many of its original accoutrements.