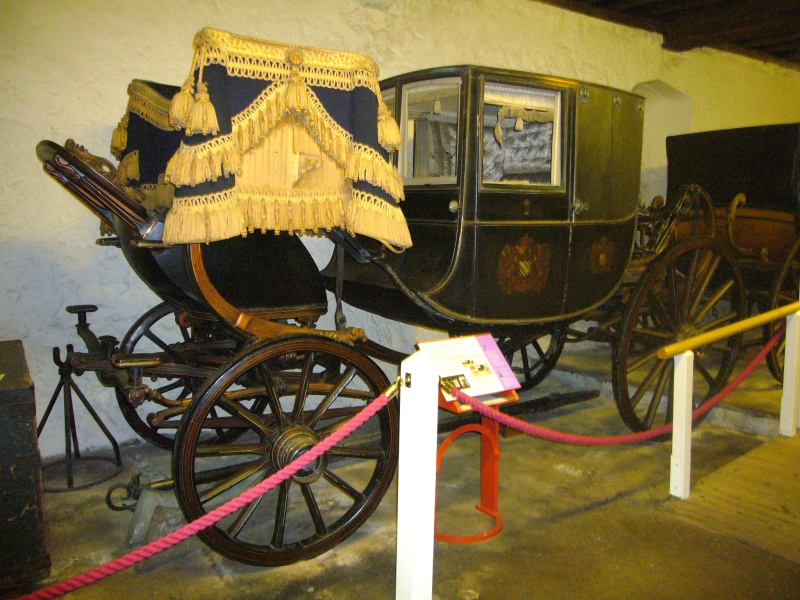 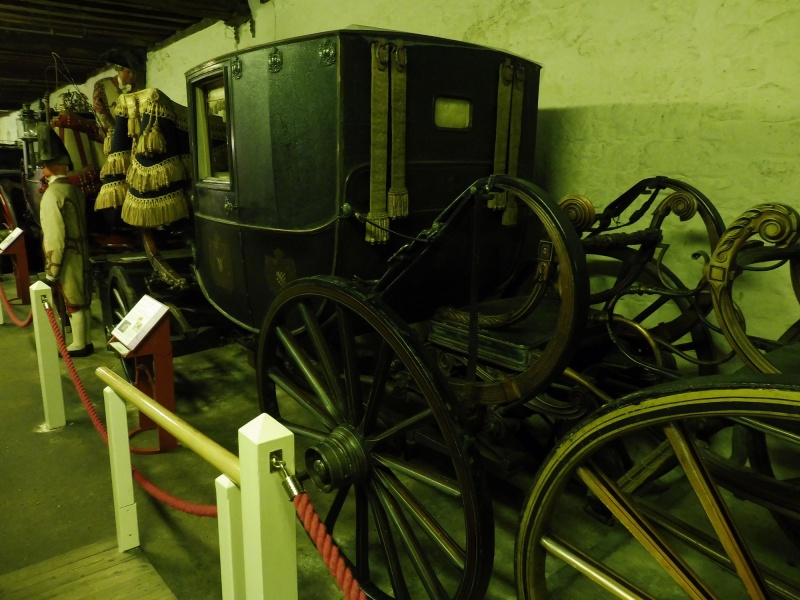 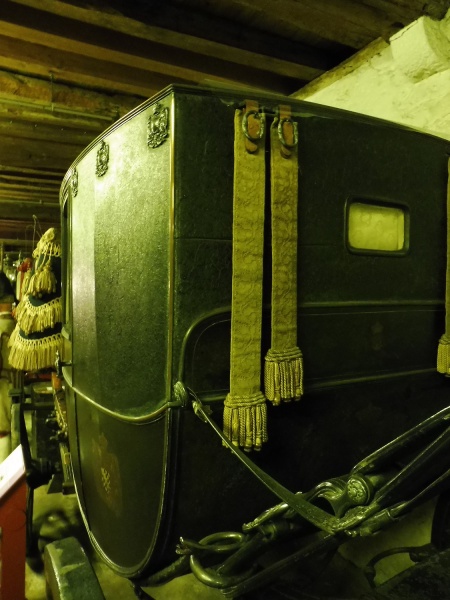 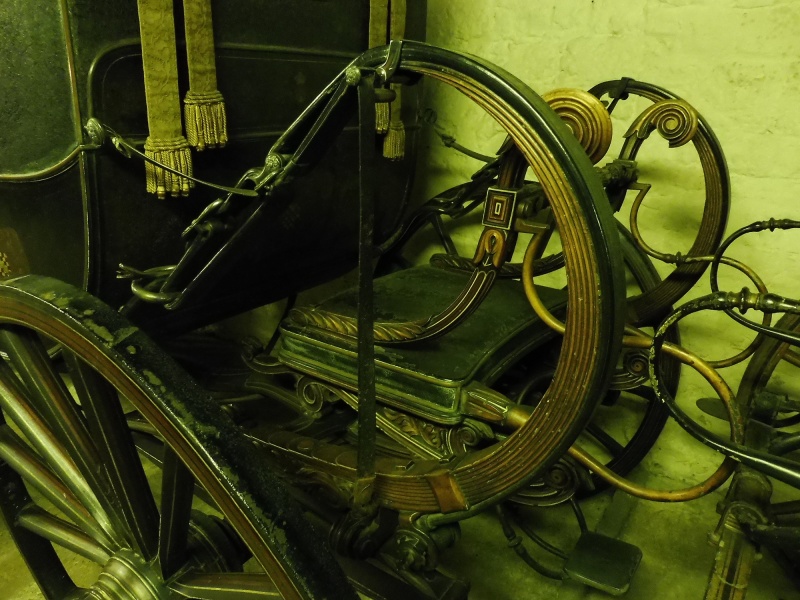 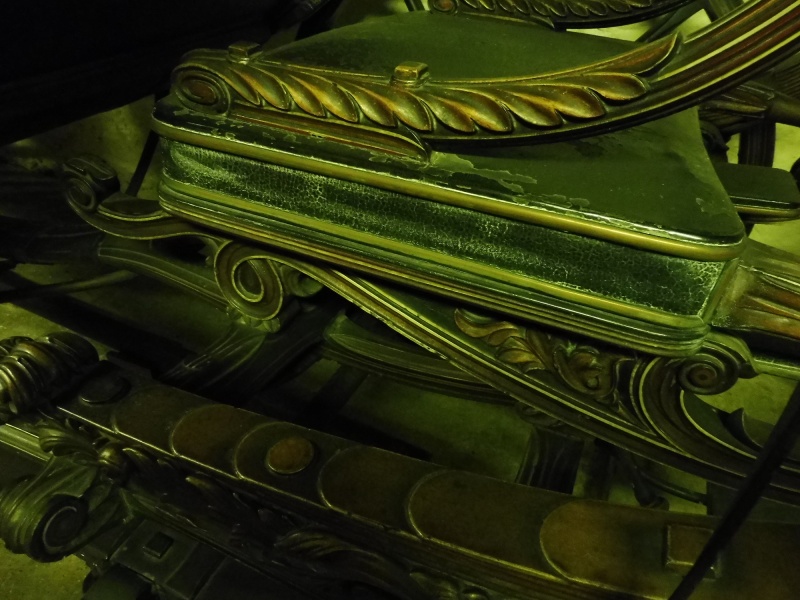 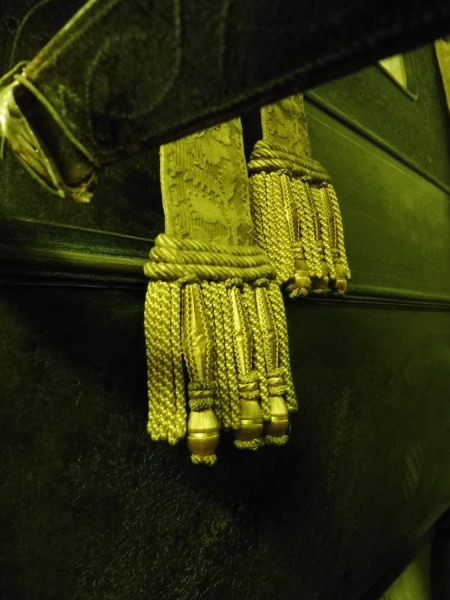 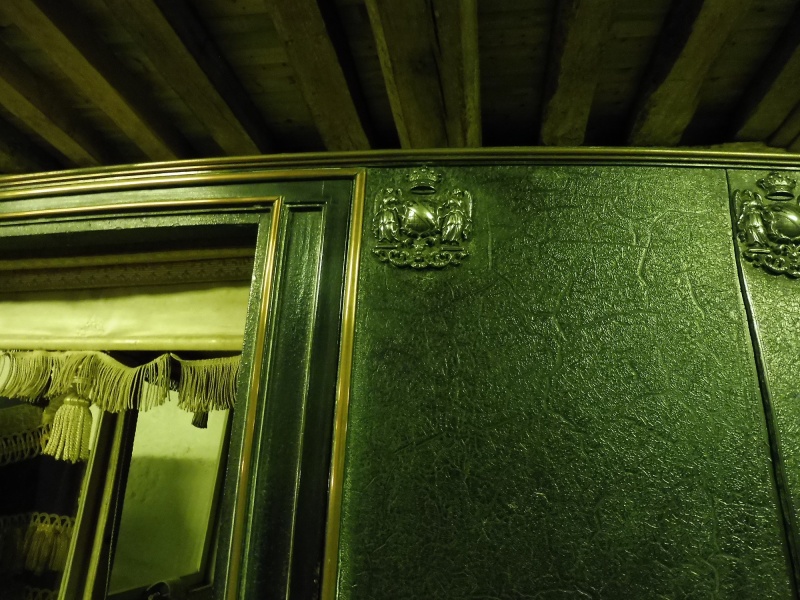 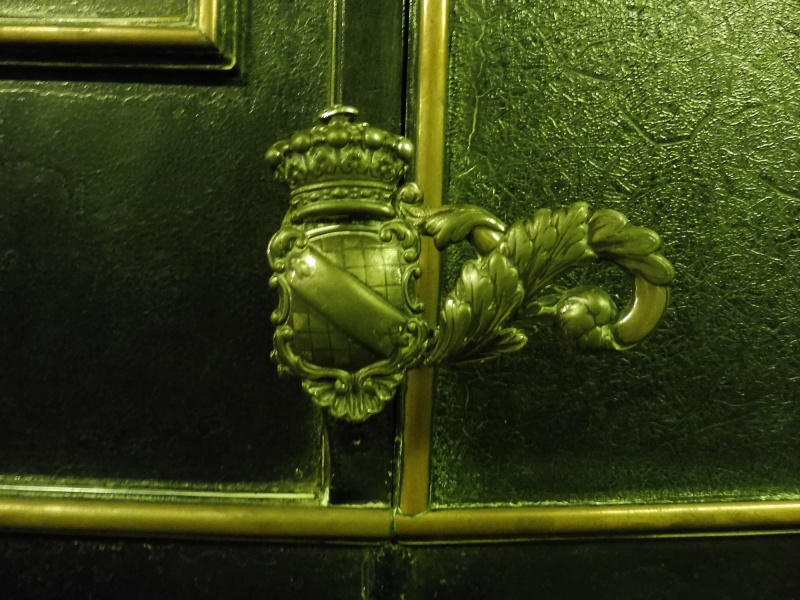 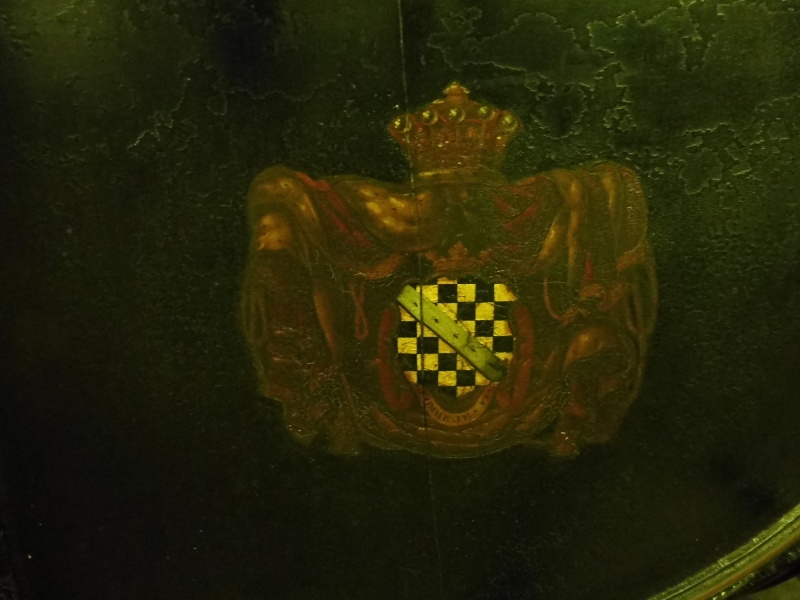 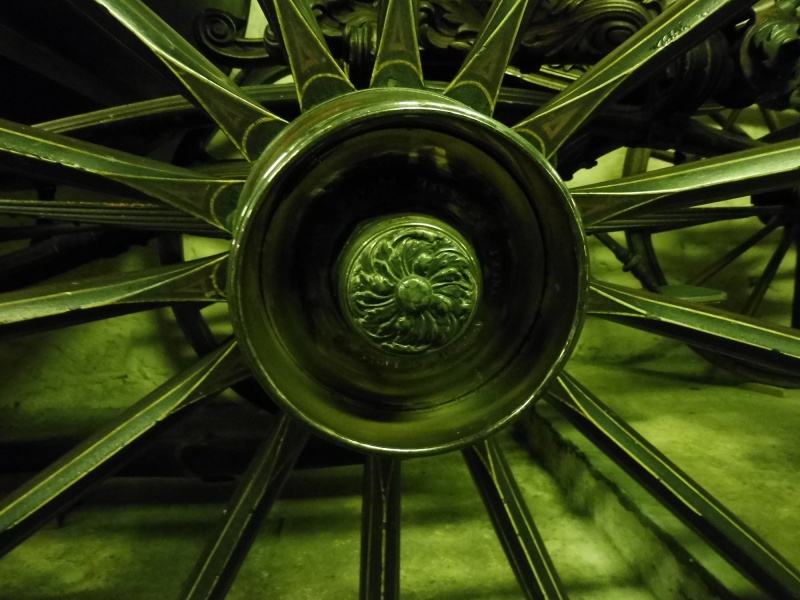 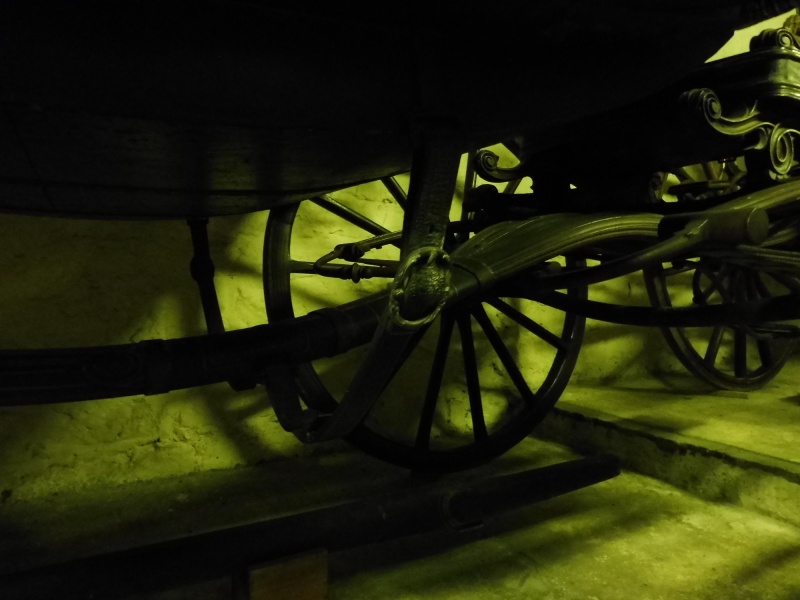 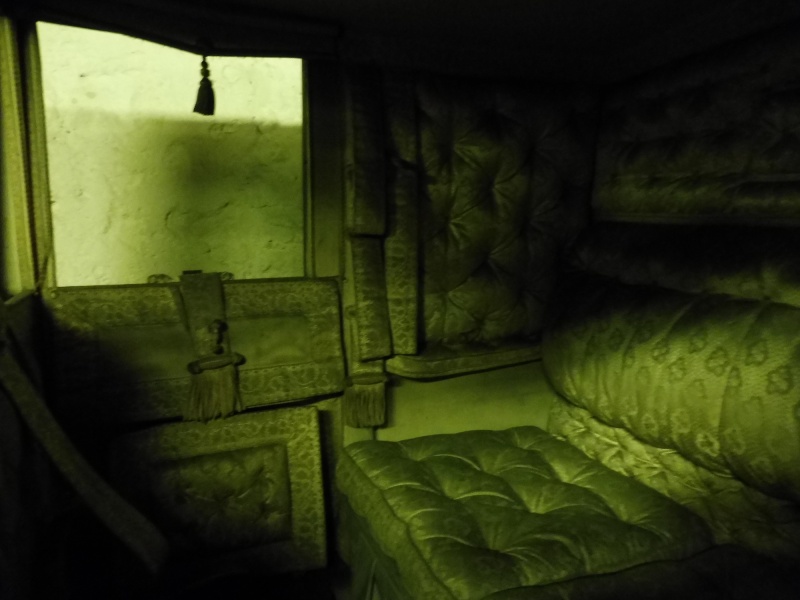 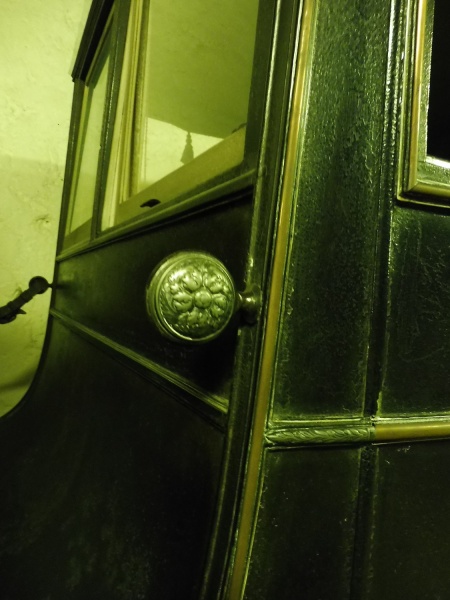 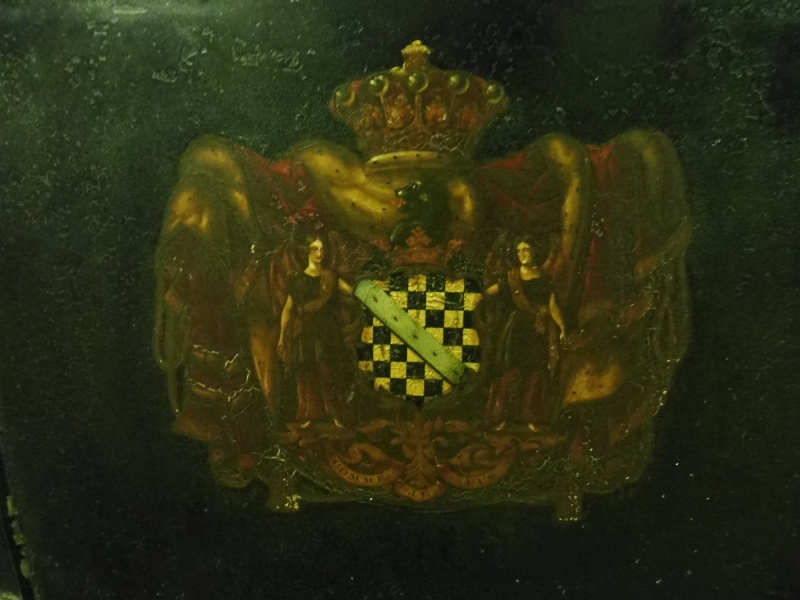 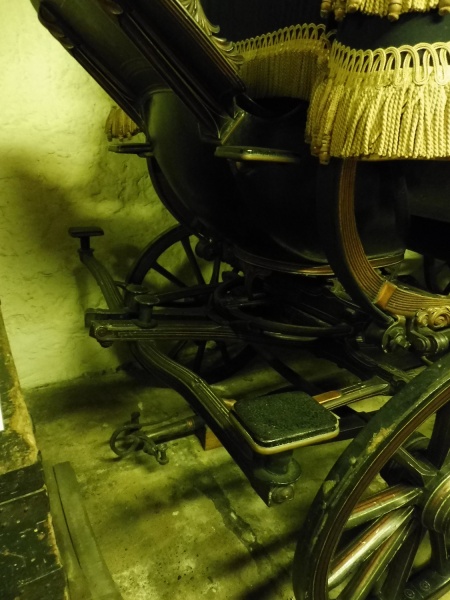 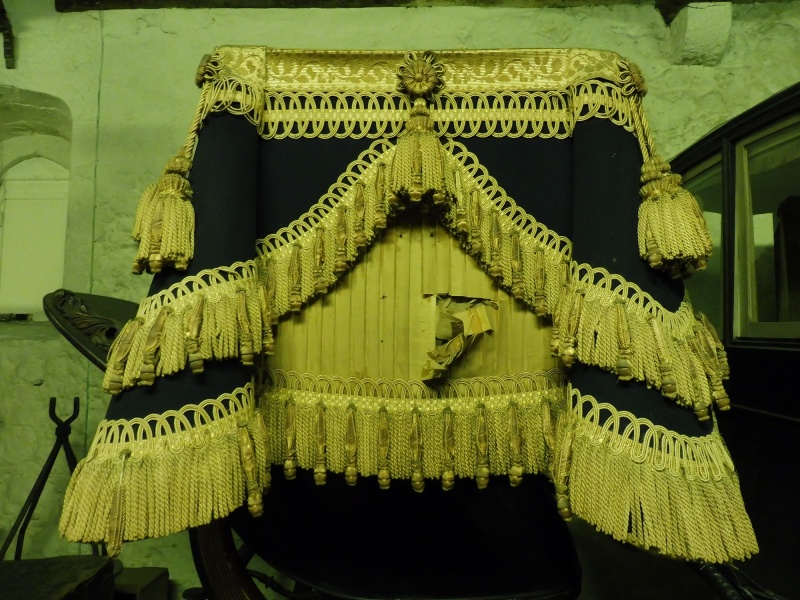 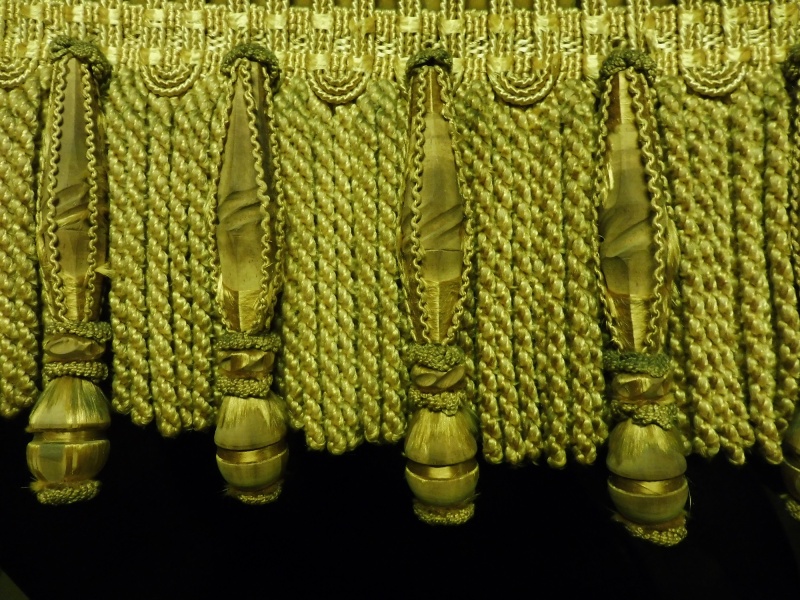 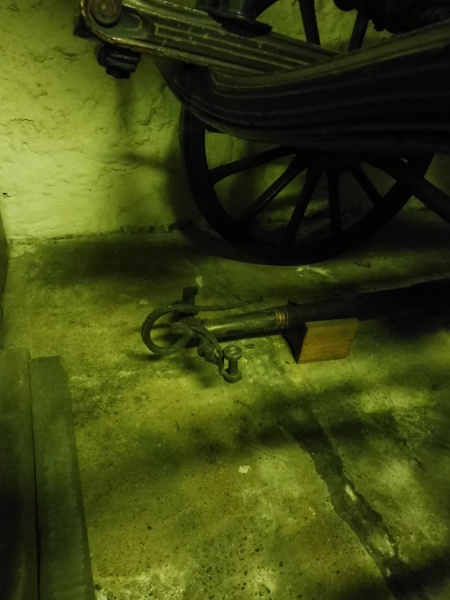 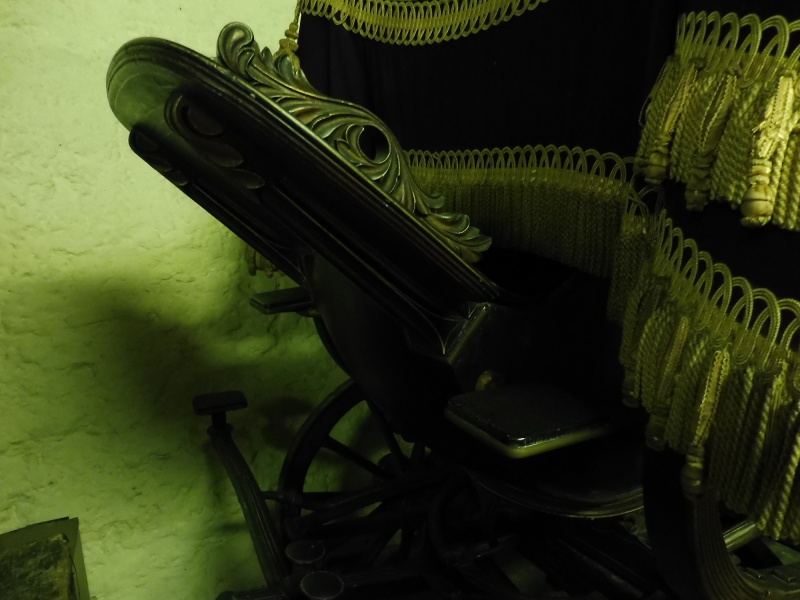 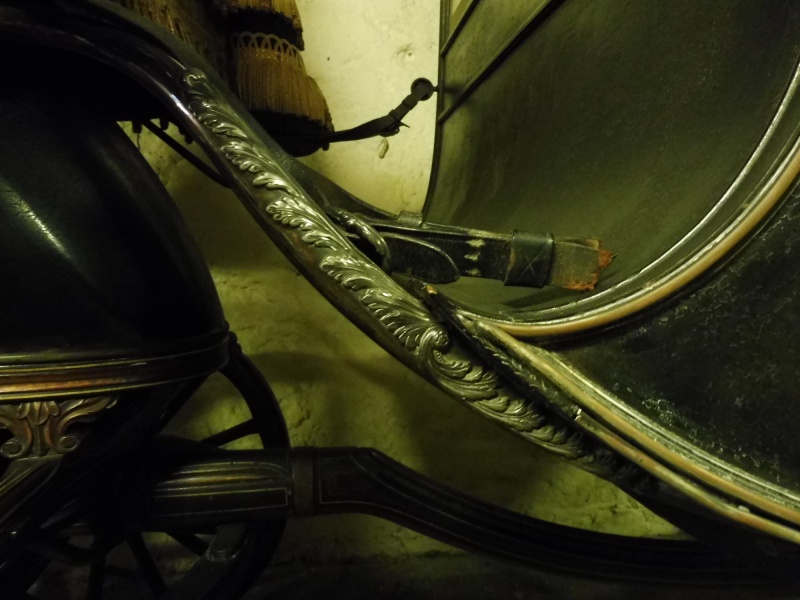 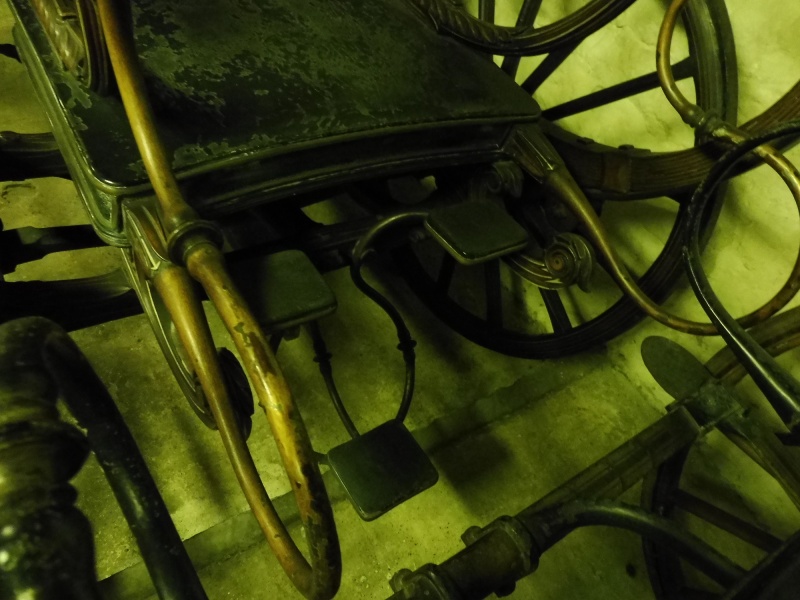 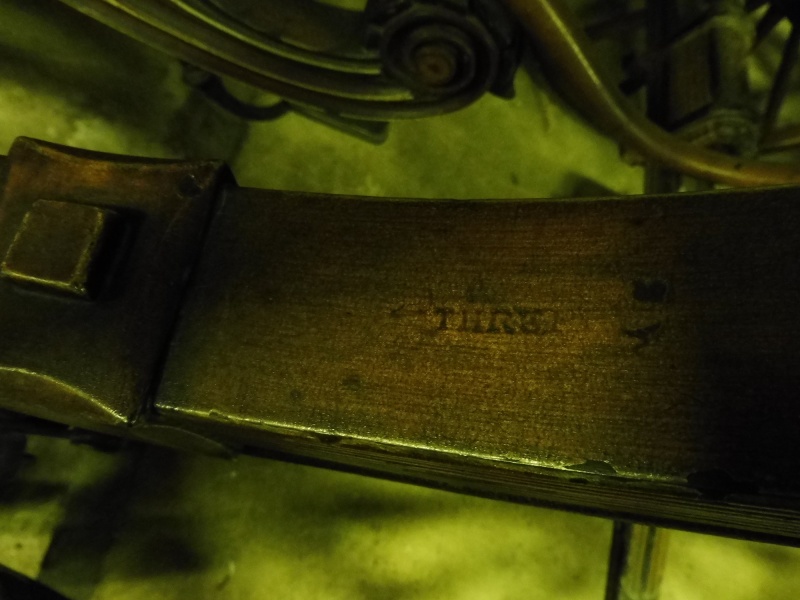 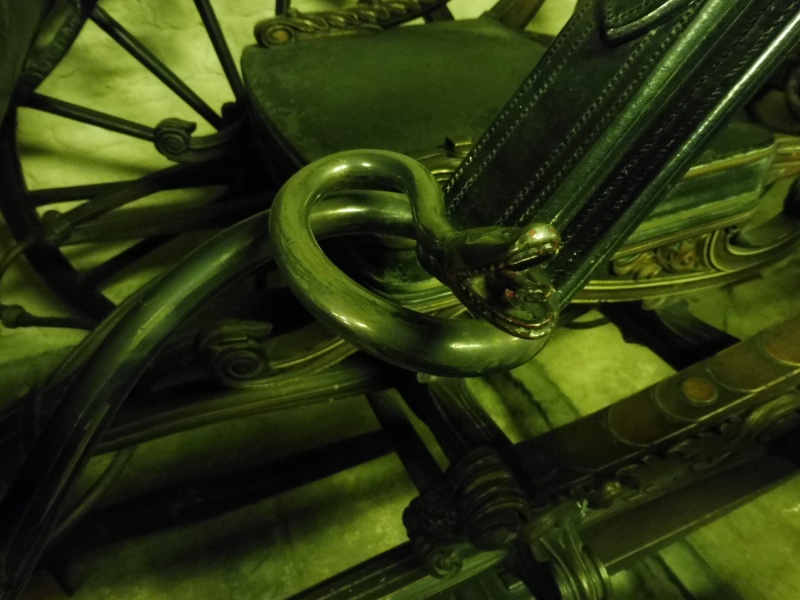 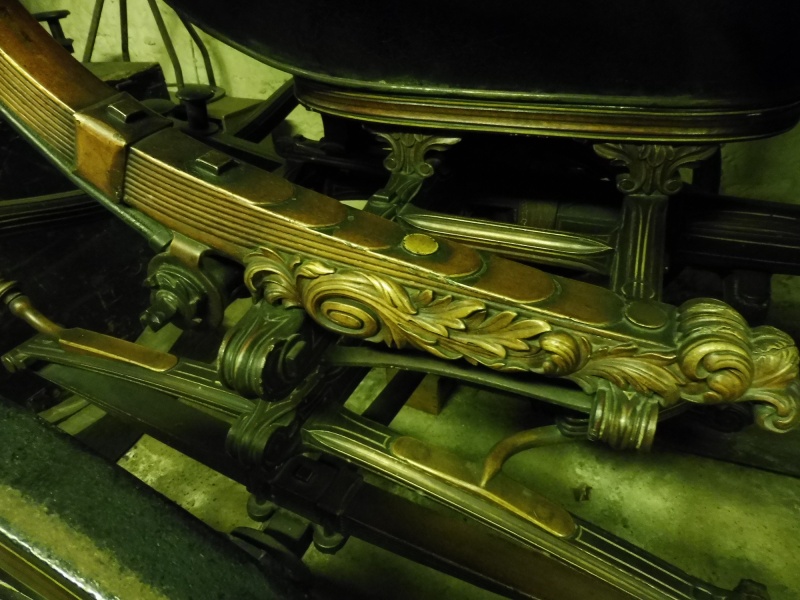 A splendid Chariot of standard proportions but with a little more embellishment.

English coachbuilder’s were at the top of their profession during the 18thand 19th centuries. Carriages were often commissioned by foreign gentry and these tend to have more embellishments. This Chariot was built for Count Walewski (the son of the Emperor Napoleon I) who became the French Ambassador to the Court of St James in 1854 and features extra ‘bling’. This is a carriage of the highest quality in its build and finish. Records state that it was built by F Stocken of Halkin Street, Belgrave Square. Thrupp is stamped on the springs which suggests that they either supplied the springs to Stocken or it was in fact built by Thrupp. The Chariot does have similar features in its build to other Thrupp carriages.

A Chariot of this type was often used on state occasions, driven by a coachman in full livery with powdered wig, tricorn hat, braided livery coat,  plush breeches, white silk stockings and silver-buckled shoes. Two footmen, similarly dressed, except that they wore bicorn or cocked hats, stood on the “footmen’s cushion/board”, the padded platform behind the body, steadying themselves with the “footmen’s holders”. They carried silver-topped staves, known as wands, which were earlier used to keep the crowds away from the carriage. They were expected to stand motionless and bolt upright.

The body of the Chariot is of a standard form in its shape. The panels have brass and silver plated beading emphasising the shape of the carriage. This beading is cast into a foliate design where it meets at the front corner. Attachments for the leather stays are fitted to the front and back. They consist of a circular silver plated cast mount with a stylised foliate design I the centre. Three silver cast mounts of a family crest are fitted to the top of the side panels. At the back two staples are fitted either side to which the footman’s holders are attached. The holders are in a pale gold broadlace with and oak leaf design trimmed with a fringe and silk drops in the same colour and attached to the staples via leather strap and a cast silver plated buckle with a foliate design.

The dumb irons are rather beautiful, cast with an acanthus leaf design where attached to the body of the Chariot and having serpent heads at the leather brace ends, all silver plated.

The doors are on concealed hinges and have elaborate handles. In the centre is a heraldic shield surmounted by an Earls crown. To either side is a scrolling acanthus leaf crossing back in itself to form the handle. The nearside handle is broken. Each door has a window that lowers into the lower panels and there are two further lowering panels in the front of the Chariot's body. A small rectangular window is in the back panel.

The Chariot has no lamps or any provision to fit them and has no evidence of lamp brackets having been fitted which is unusual.

This carriage has 12 and 14 spoke English pattern wheels with iron tyres on collinge patent axles. Both axles are compassed. The wheel hubs are mounted with a silver plate cap with the axles having a cap cast with an acanthus leaf design. Sprung on eight springs with C and elliptic springs at the front and back. The C springs have beautifully carved spring beds.

Surmounting the Salisbury boot is the coachman’s seat which is covered with a hammer cloth of blue box cloth with pale gold silk side inserts and pale gold fringing with silk drops. A footboard is fixed to the Salisbury boot it has a carved foot support on the upper side. To mount the coachman’s seat there is a step attached to the boot just below the footboard. It has a solid square plate with brass beading. The two outer roller bolts on the splinter bar have square footplates also with brass beading. The splinter bar is compassed down in the middle beneath the futchells. A pole for this carriage has an intricately cast crab end, surely one of the most ornate in existance. The perch is compassed down to match the profile of the carriage.

At the rear of the Chariot is a footman’s board covered in leather and edged in brass beading. The board is accessed by a lower central step with a rectangular footplate with two elegant brackets that curve upwards to support two further steps with square foot plates. The curved brackets and a central bracket that supports the lower step are bolted to the cross bar. The hind standards are carved with acanthus leaves and have scroll ends, a heavily carved cross bar is fitted between them.

No brake is fitted and there is no provision for a drag shoe. The Chariot retains its sway straps from the body of the carriage to the perch and to the C springs. They have silver plate buckets that are cast with a foliate design.

The body of the Chariot is painted entirely in black. The undercarriage has a black ground with the springs painted yellow gold. The wheels having thick red bands with yellow gold fine lining. The foliate carving on the spring beds, footboard and hind standards is painted in red and yellow gold with black lining. There are  heraldic devices on the door and side panels of the body.

The interior side and back panels and cushions are upholstered in cream silk with a floral pattern. The broadlace has a foliate design and cream silk fringing and silk covered toggles. Cream silk blinds with a pale gold fringe hang at the windows.

On the springs: THRUPP

On the axle caps:

In generally good condition. The side panels are cracked and the paint has discoloured over the years. Parts of the hammer cloth that is displayed with this carriage are fragile, it would benefit from having a clear cover. This may not be the original hammer cloth as it does not match the interior upholstery in any way. One of the front sway straps has broken and hangs loose from the C spring.