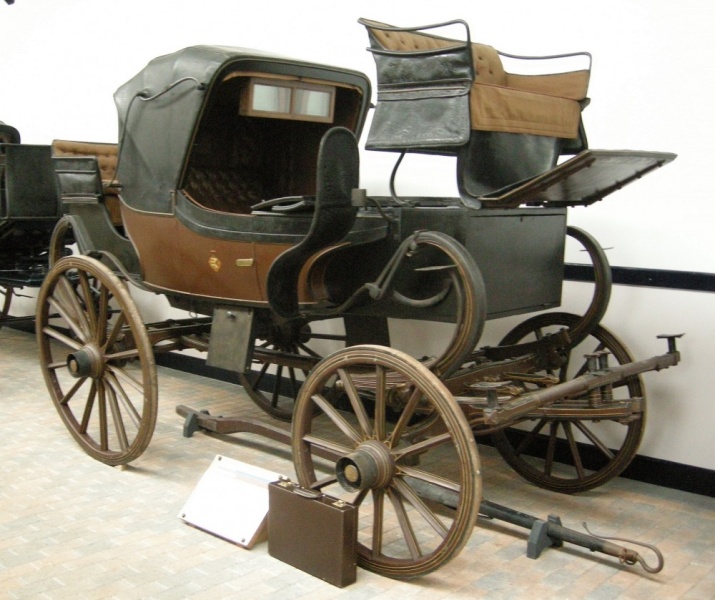 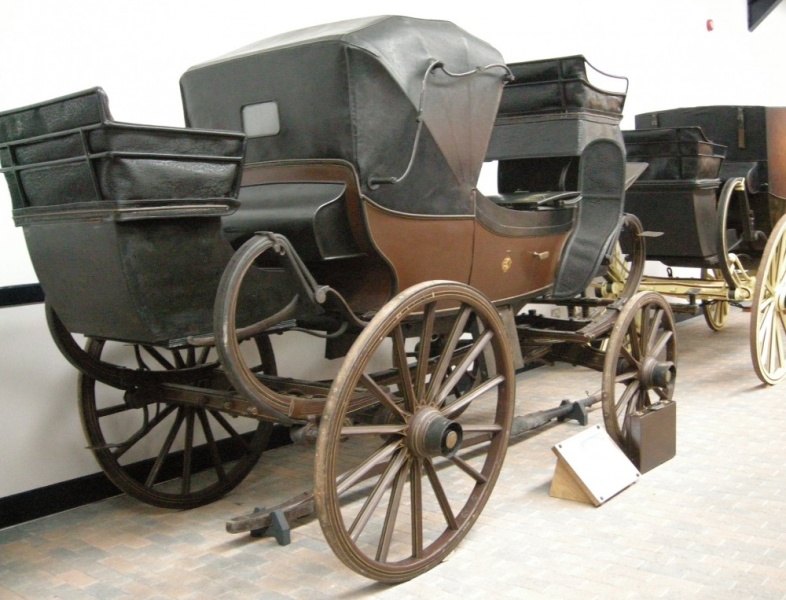 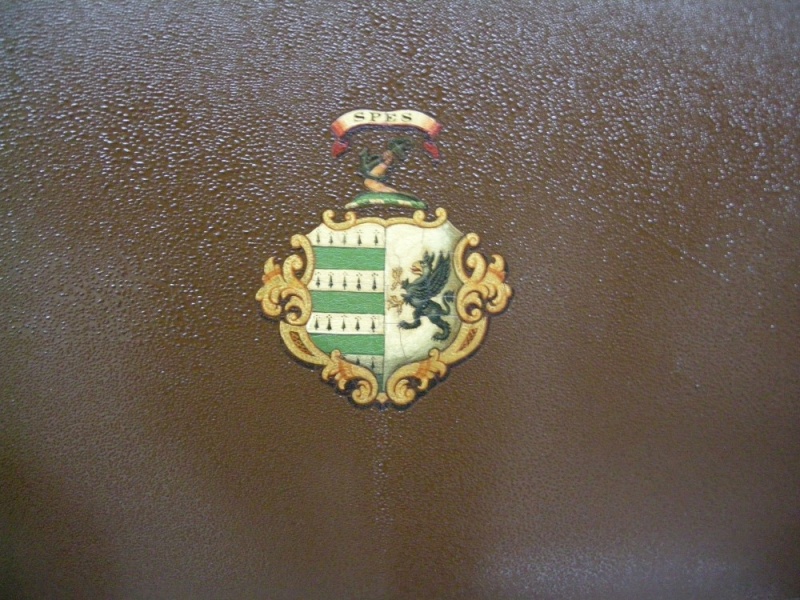 Britzschka for a team of horses built in the early 19th century by Tapp & Co London. The body is sprung on C springs with no under springs. The side panels have ogee back ends and concave front ends.  The boot is framed to the front of the body with a removable coachman’s seat and footboard mounted on the boot.  There is a hind boot with a rumble seat bolted to the hind footboard. A sword case is on the back of the body. Interior upholstered in brown wool cloth. Painted black and brown with yellow lining.

This carriage reputedly travelled from Chester to Rome and back in the early 19th century.

The word Britzschka comes from Poland where the original britzschkas were travelling wagons.  They were refined in Western Europe and introduced into Britain in the eighteen twenties, where they became the most popular of travelling carriages until the advent of the railways made them redundant.  A britzschka has the same configuration as a barouche – an open body with the principal seat at the back protected by a folding leather head (carriage terminology for hood), and an additional seat at the front of the body which is accessible when the knee flap is hinged up in fine weather to form its seat back – but whereas a barouche has a canoe-shaped body, the body of a britzschka has a straight, or nearly straight, bottom line and the end panels are either concave or ogee shaped.  The earliest britzschkas were suspended on C springs, and under springs were added soon after they were introduced.

Although some britzschkas could be fitted with a coachman’s seat so that they could be driven in town, they were principally used as travelling carriages and were therefore postillion-driven.  In this configuration they had a rumble seat behind the body to carry two servants, usually a valet and a lady’s maid, and some of them had a dormeuse boot so that the occupants could lie at full length and sleep while they travelled.  The name became spelt in many ways including the anglised versions ‘brisker’ or ‘brisky’, popular with ostlers and post boys who had trouble pronouncing and spelling the original name.

They were used by wealthy families for travelling at home and abroad, including the Grand Tour of European cities of cultural interest, also by King’s Messengers travelling from London to our foreign embassies when speed was all-important, and occasionally for business travel.  Later in the 19th century when travelling carriages had been driven off the road by the railways, smaller versions were produced suspended on elliptic springs, sometimes small enough to be pulled by one horse, but these had none of the character of the fine and impressive britzschkas of twenty or thirty years earlier.

This is a conventional Britzschka with a body with ogee shaped back ends and concave front ends to the side panels.  A boot on the front of the body has a removable coachman’s seat on iron supports and a footboard on iron brackets mounted on to the boot. Double seat rails on the coachman's seat have squabs to lower rail at sides and upper rails at back. The Hind boot has a rumble seat with double seat rails at sides and treble seat rails at back with leather squabs to top rails that is bolted to the hind footboard. On the back panel of the body is a sword case.

The doors are on concealed hinges with brass T bar handles. The door panels curve upwards slightly in shape towards the back. Double-folding steps are mounted externally by the doors. Jagged plates are on the outer roller bolts and rectangular jagged plate steps on curved irons are alongside the front C springs. A square bottom step and a rectangular top step on curved irons is bolted to the nearside end of the hind spring bed.

This Britzschska has a framework of 12 small glazed windows that are suspended from the frame of the leather head and arranged so that they can fold up to the size of two windows and could originally be strapped up into the head frame, the strap is missing. In the back of the leather head is a rectangular back light with rounded corners.

The wheels are 12 and 14 spoke English pattern with staggered spokes and iron tyres on collinge axles. The close futchell forecarriage has a full wheel plate. The perch is very slightly compassed to match profile of underside of body. The swingle tree is missing but the pole survives and has swinging rings and a pole hook. There is no brake but a hook for a drag shoe is fitted the beneath perch but the drag shoe is missing. Lamp brackets bolted to side of boot but the lamps are missing.

The paintwork on this Britzschka consists of the boot, body sides above the elbow line, the underside of the body, the body frame, hind boot and sword case are black with a fine yellow line on the body frame mouldings. On the underside of the footboard the colour scheme is brown a with frame of black edged with yellow fine lines. The wheels and carriage are brown with a broad black line edged with fine yellow lines. An emblazonment with SPES is on the door panels.

On the axle caps: TAPP & CO

This Britzschka is owned by The Science Museum and currently in the care of The National Trust at the Arlington Court Carriage Museum.