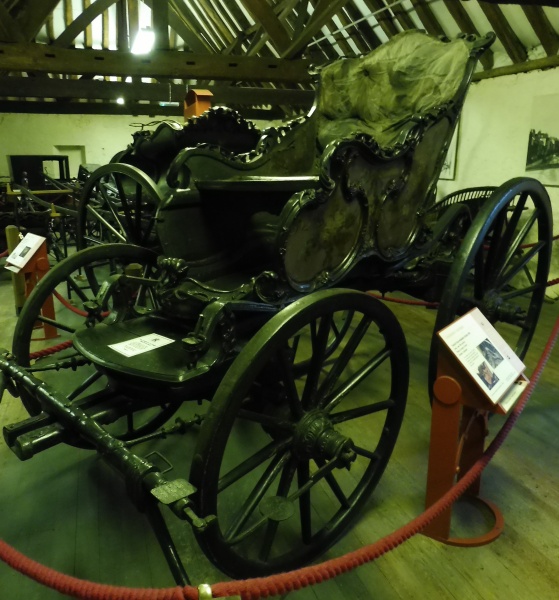 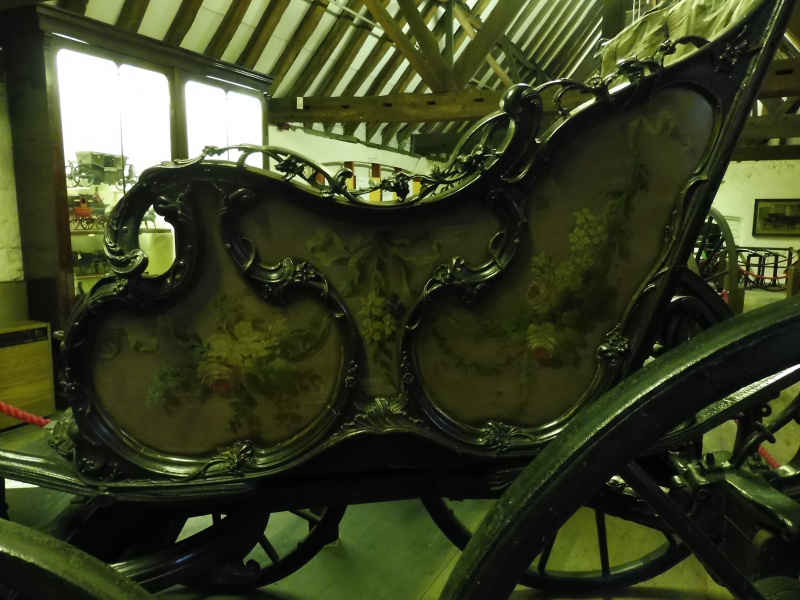 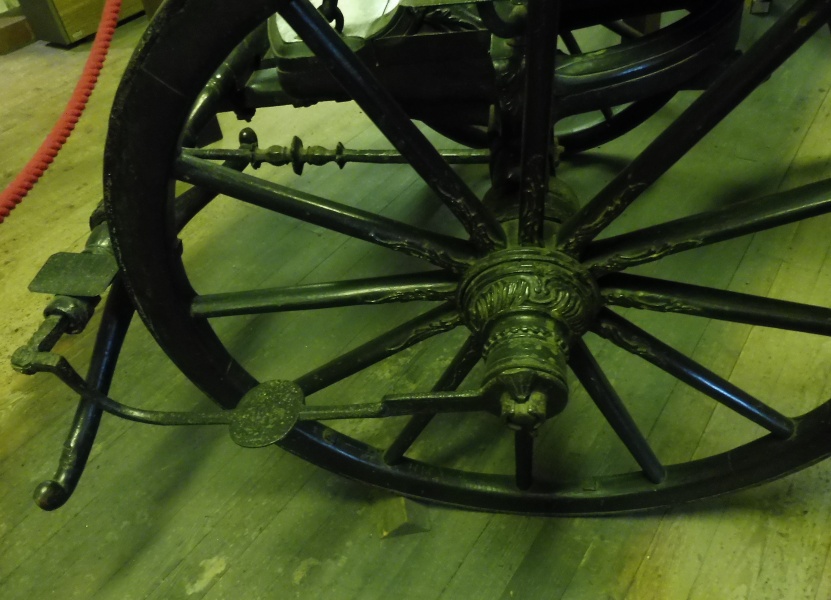 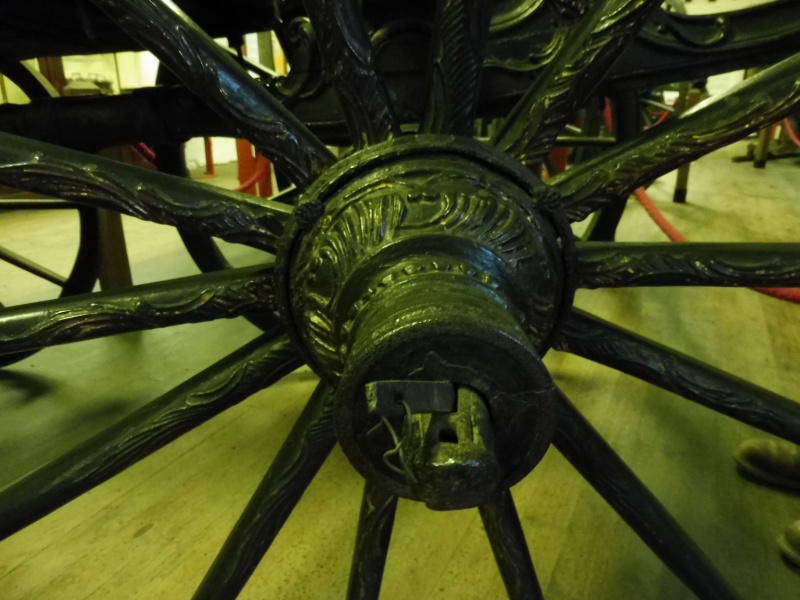 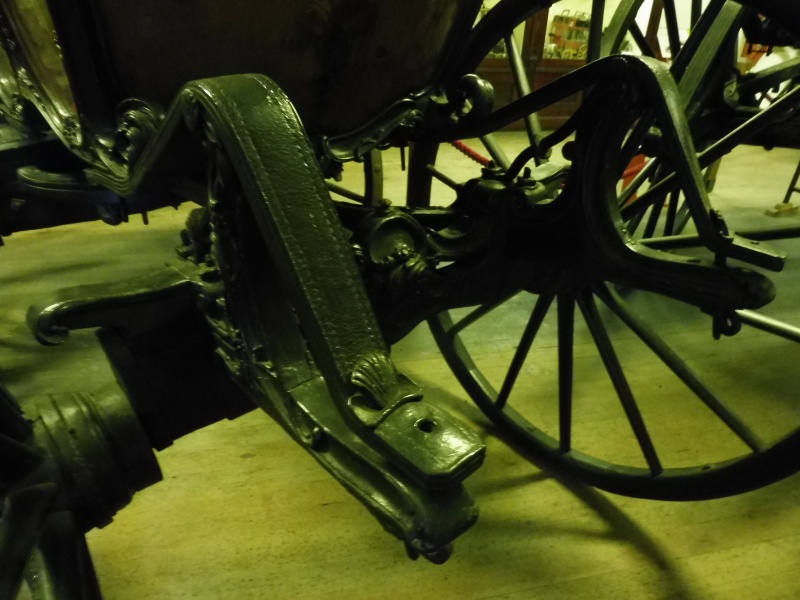 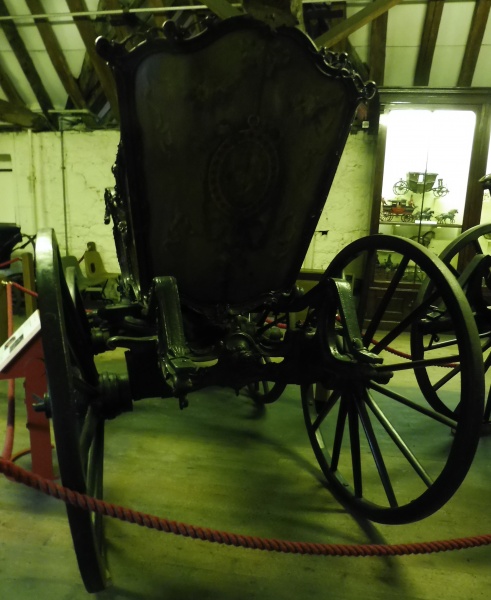 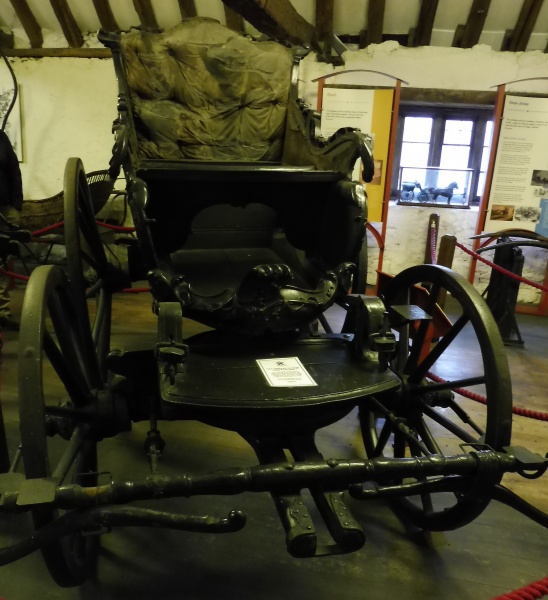 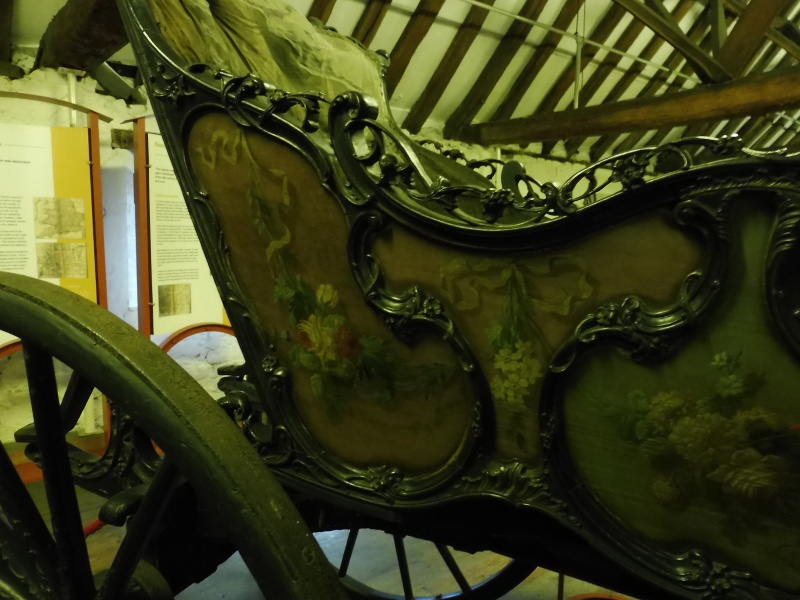 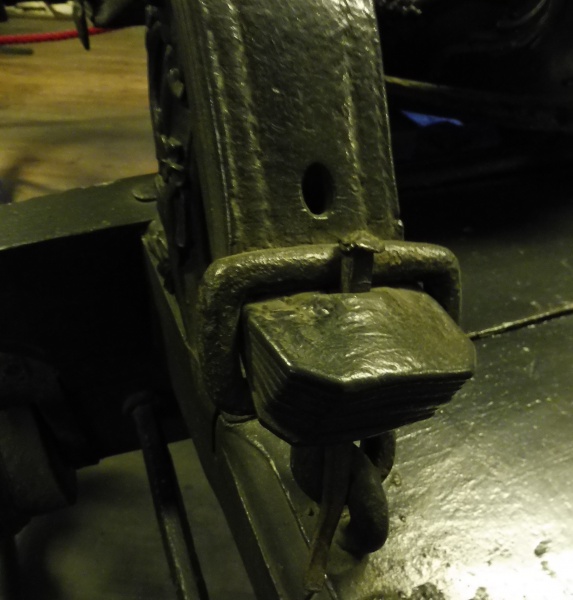 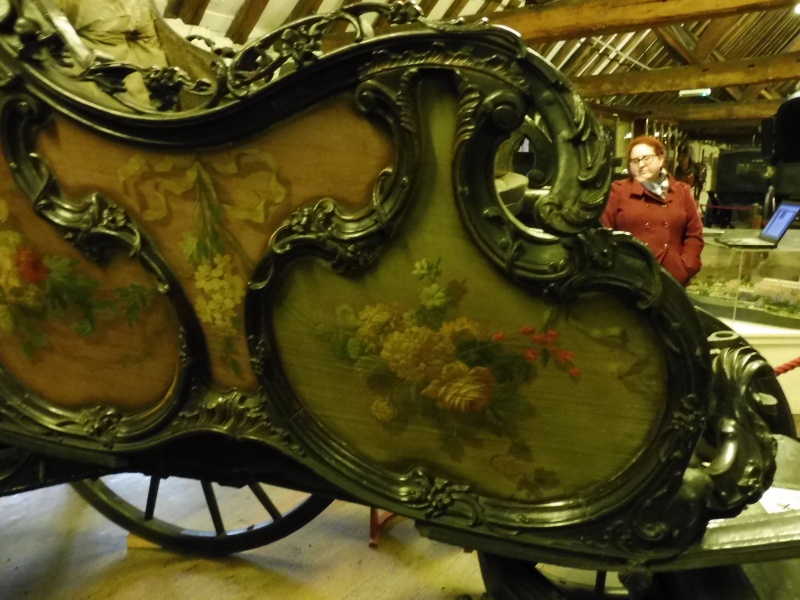 This carriage was owned by some one of substantial wealth and high social standing. It is a carriage to be seen in, one of the utmost taste and fashion of the Louis XVI period.

It was built in France and is and example of a carriage being a work of art before a mode of transport. Highly skilled craftsmen and artists were used in its construction and decoration.

This is a rare carriage or French origin and one that would have been used for parading around a square or in front of a stately home. It is designed so that its occupant could be seen not only in person but also seen to have such good taste of the time in their choice of carriage.

The carriage is a chair on wheels seating a single person. It has clearly undergone some changes or something is missing as there appears to be a foot board towards the front which is too low for the occupant to use and hints towards there possibly having been a coachman’s seat at some point in the past. The Chaise may have been convertible from coachman driven to postillion ridden. It was not designed for travelling distances, really just for being parked up and admired. We know this because it is a very ornate and beautiful thing and a carriage that would have cost the earth to have made. It also has a rather insufficient springing system for traveling as there are actually no springs. The body, which is of a fair weight, is supported on leather braces buckled to the undercarriage. Whilst the braces are substantial they would not withstand much heavy use.

The seat body is extraordinary and demonstrates the rococo style and craftsmanship at its best. Observing the carriage from the side the body is in three panels of asymmetrical curved shapes. The framework is beautifully carved with scrolls intersperced with little flowers. Along the top edge is a delicate border of flowers and tendrils. This framework and border was likely to have been gilded and what a wonderful sight it would have been. The panels have a pale pink ground with garlands and bunches of roses and other flowers and ribbons, all beautifully painted by a master. The chair has a very tall straight back which also has a carved framework. The back panel has a pink ground with flowers, ribbons and a central roundel, all in the same pastel coloured palette as the side panels.

On the seatback and sides are the remains of a now very tired looking upholstery. It appears buff but must have originally been a dazzling colour. Just in front of the seat is a wood board which appears as a lap tray, but must have had some other use. It is supported on a carved wood vertical support which has an indentation allowing the occupant foot room. At the very front of the body is a carved edge in the rococo asymmetrical style.

The undercarriage is heavy and less well executed than the body. At the front is a footboard or platform and to this the leather braces are attached to, they are passed through a hefty buckle which is shackled to an iron loop that passes through the wood platform. The splinter bar had been turned to give it some shape and sits on top of the futchells. It is supported by two iron braces fixed to thefore carriage with decorative knops halfway along. Swingle trees with a curved profile and scroll ends are fitted via think leather straps that are kept in place with iron staples. At each end of the splinter bar is a step with a plain rectangular tread. A second step with a circular tread is on an iron stay bar. This bar runs from the end of the splinter bar to the hubs on the front wheels and is designed to spread the draught of the horses across the whole of the fore carriage and not just from the swingle trees. On the nearside towards the front of the body of the carriage is a third step with a plain rectangular tread.

To the rear of the carriage the heavily carved axle supports the body on carved uprights over which the leather braces pass. The braces are pinned to the axle with fittings that have a scallop shell motif.

The wheels have their spokes and hubs carved with rococo motifs. They are iron shod and warner pattern on common axles with 12 spokes at the front and 14 at the back.

The body is painted in a wide palette of colours of pinks, greens, blues and whites. The rest of the carriage was most likely originally gilded but all traces of this have now disappeared.

This Chaise is in superb order for its age and complexity. Apart from it missing the gilding and the poor condition of the fabric on the seat is appears stable throughout.