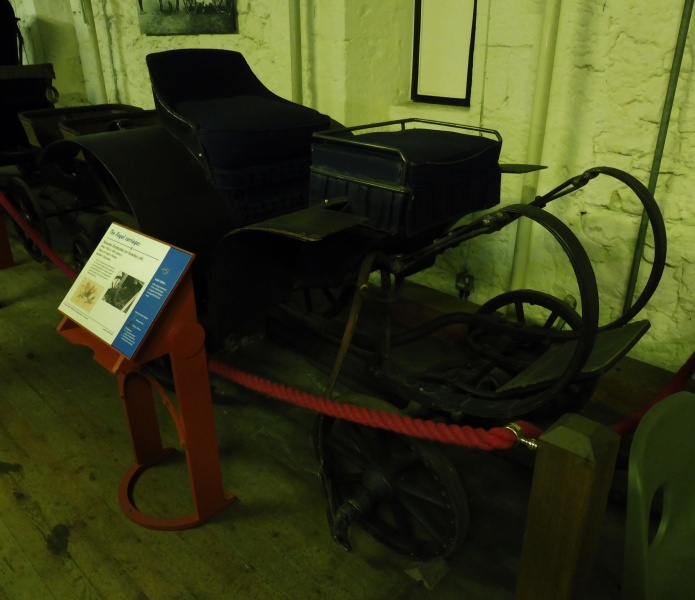 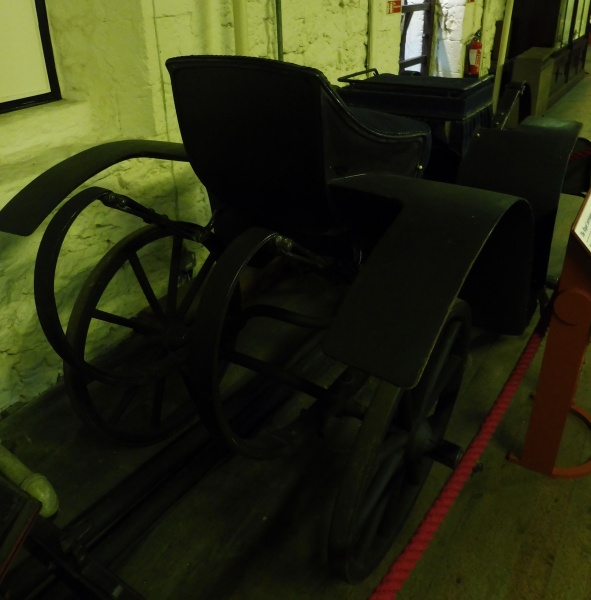 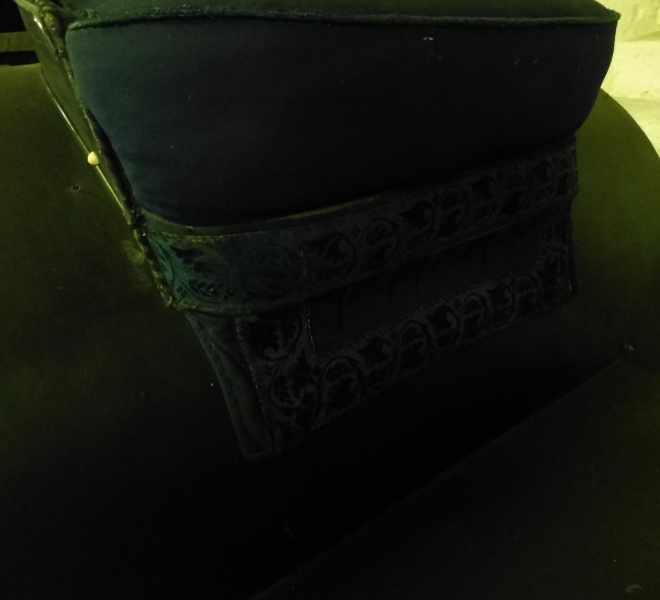 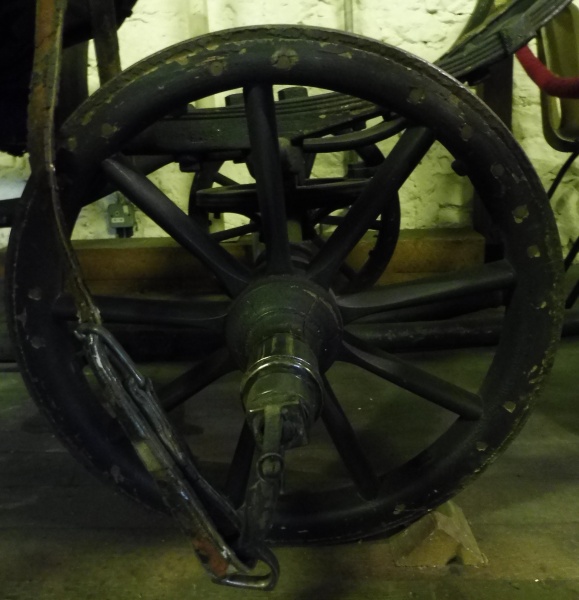 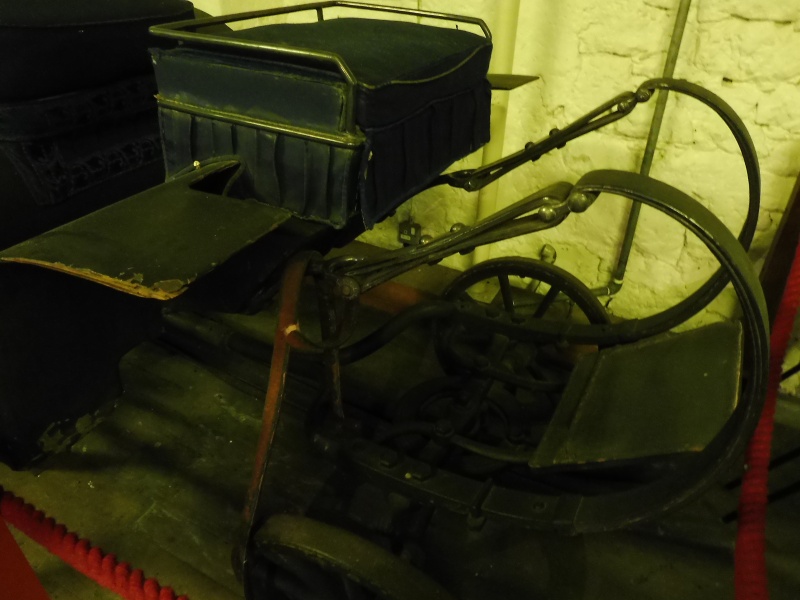 The Droitzschka comes in various forms usually with the main defining feature being a bench seat running from front to back. This carriage does not have such a seat, but has the undercarriage and wide splashguards which continue from one side of the carriage to the other forming the body, another feature of a Droitzschka. They are quite crudely constructed, designed to travel distances being harnessed to three horses abreast known as a ‘Troika’.

This carriage is a scaled down version and was presented to Queen Victoria in 1850by the Tsar, Nicholas of Russia.

Despite not being the prettiest of carriages and perhaps not so interesting ascetically, it is a rare to find an example on British soil. With a strong connection to the British Royal family it has intrinsic value.

Droitzschka’s tend to lack a little refinement in comparison to many other carriages. They were built to travel, usually at speed pulled by a troika of horses.

This carriage is a scaled down version of a Droitzschka and built on an undercarriage with a perch and sprung on large C springs that are attached via leather braces and shackles to dumb irons bolted to the seat riser at the fron tand to the underside of the back seat. At the front, it has a single seat for a coachman. The seat has a single seat rail. The cushion, seat drop and seat skirt are covered in a blue box cloth and there is a strip of brass beading that runs around the seat.

The coachman would sit with their feet against the pain wood footboard which is mounted via two iron brackets to the fore carriage. There is no foot well and with large C springs obscuring access the seat is a little challenging to get to.

The seat at the back has a comfortable chair back and a large cushion covered with blue box cloth. The seat drop is edged with a broadlace that carries a scrolling leaf pattern. The seaming lace around the broadlace and on the edges of the seat sides and back has a blue and yellow (?) stripe. Brass beading also follows the edge of the seat and there are tiny bone knobs on each side for the attachment of an apron.

The profile of the rear of the carriage is very much dictated by the wide splashguards that are a feature of this type of vehicle. They are steam bent and not terribly elegant but certainly served their purpose of preventing snow from being thrown up from the wheels. Similar shaped splashguards are at the front of the carriage, again spanning the width of the carriage, but shaped around the coachman’s seat.

The wheels have 9 spokes at the front and 10 at the back and are on iron tyres. The C springs are minimal with only a couple of leaves.

This carriage has been little used and is in good condition. There is some paint loss here and there and the box cloth skirt to the coachman’s seat is torn in places.