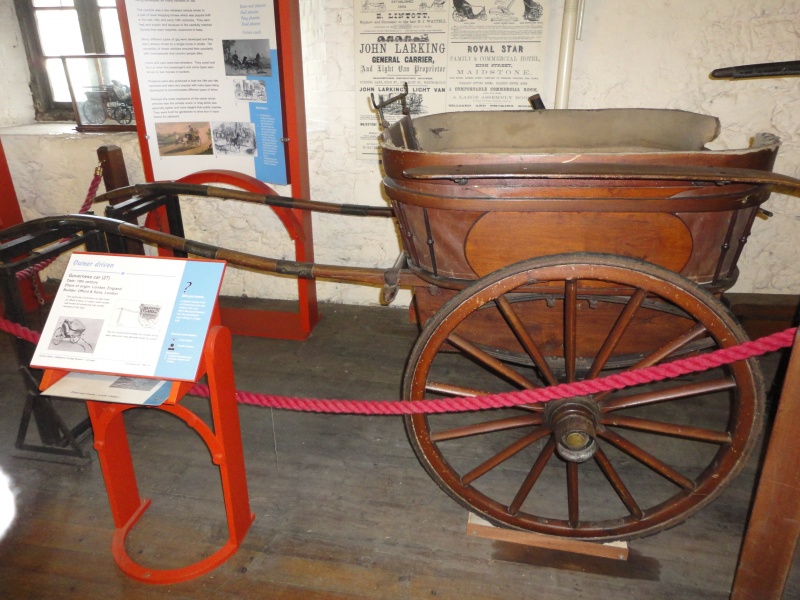 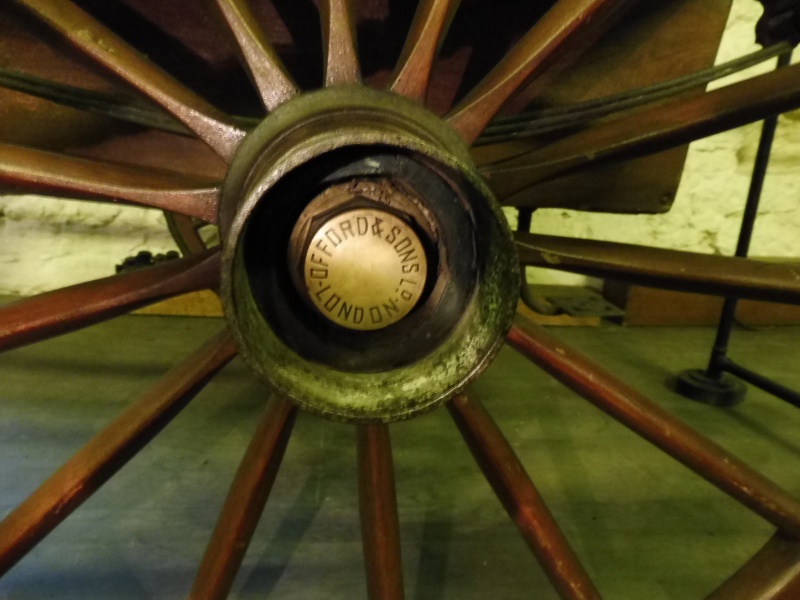 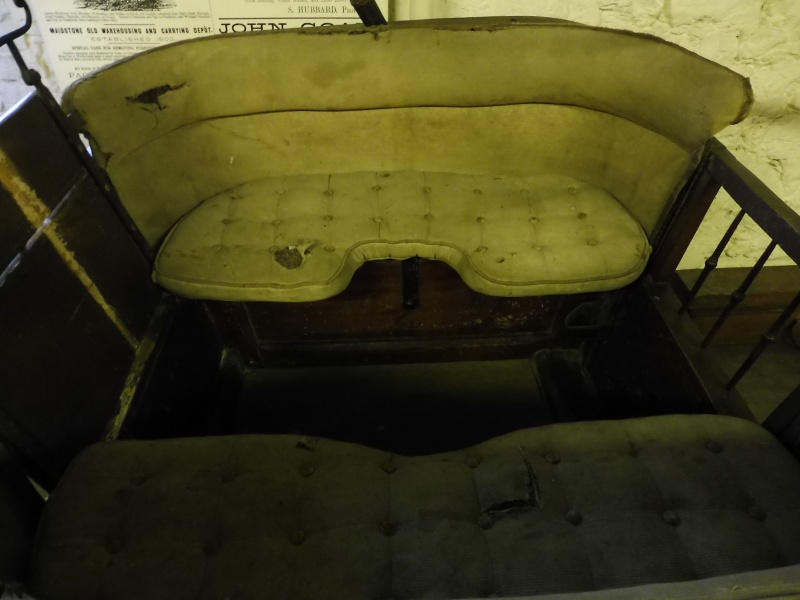 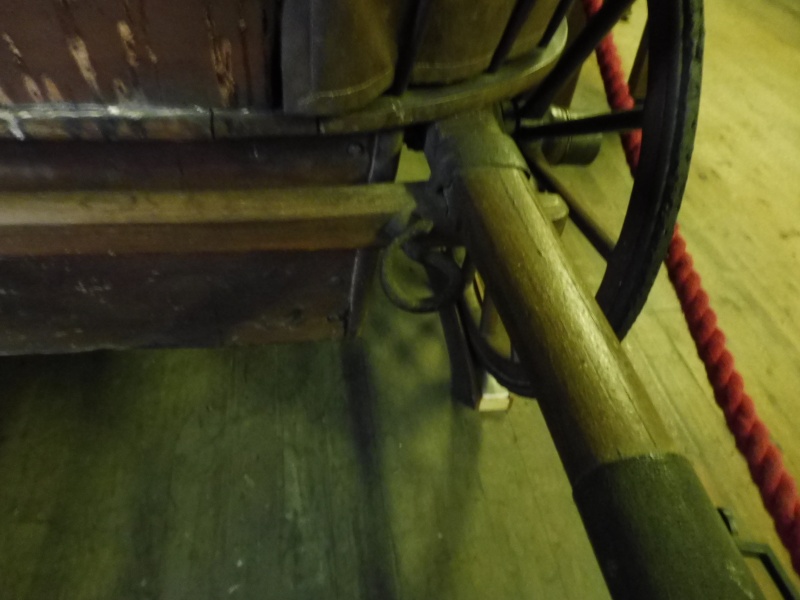 Governess Cars are fairly commonplace, but those built to such a high standard as this are few and far between. Offord and Sons were a highly regarded coachbuilder's and this Governess Car features in their pattern books.

Governess Cars, sometimes called Tub Carts for obvious reasons, have a deep tub-shaped body with access through a door at the back, and seats each side. They were often used by a governess (hence the name), or possibly a mother, to take the children out for a drive.  She would drive sitting diagonally in the back right-hand corner.  Although the seat and the cushion on the right hand side have been shaped for this purpose, this would still have been difficult and uncomfortable.  Only the quietestp ony, or sometimes a donkey, was suitable to be driven to a Governess Car, not only because of the awkward driving position, but because it was difficult to get out quickly and run to his head if she needed to.  The cranked axle allows the body to be mounted lower, dropping the centre of gravity and making it difficult to overturn.

This little Governess Car was made by Offord and Sons and is illustrated in their catalogue. The carriage is a beautifully made example and made for a small pony or donkey of about 11hh. The body has an angular footwell. The top half consists of steam bent rails giving it the familiar shape of a Governess Car. Spindles hold the top and bottom rails together and on each side of the body is an allantoid panel. The space between the two rails and behind the spindles has a brown leather backing. At the back is a door mounted on butt hinges with a T bar brass handle. It has a solid panel at the bottom and spindles at the top. Above the wheels are slightly curved splash guards bolted on two iron brackets. To the front is a plain wood dashboard with an iron rein rail attached to the top edge. A leather whip holder is fitted on the offside.

The two seat cushions are shaped to fit the curve of the carriage. The offside cushion has an indent to accommodate the driver’s legs as they sit at an angle. Buff colour cloth covers the cushions and padded lazy backs and serves as the inside covering for the leather that backs the spindle sides.

A single step is bolted to the floor of the Governess Car at the back. It has a square skeletal plate with a jagged edge. There are no lamp brackets which is not unusual as they were really only used during day light hours.

The splinter bar is attached to the shafts via shackles and has pig tail trace hooks. The shafts have iron tugs stops and staples for full and standing breeching. The black leather covering at the tug stop point has worn through.

The wood components are of varnished wood with the spindles and ironwork being painted black. When a carriage is finished with just varnish it has to be of a very high standard of build with the wood carrying a good grain. Any blemish would be visible. Offord’s were a highly regarded coach builder’s and this Governess Car is certainly a quality build.

The upholstery is torn in places and rather dirty. The varnish has flaked and the whole thing would certainly benefit from a conservation clean. The components all look sound from a brief observation.