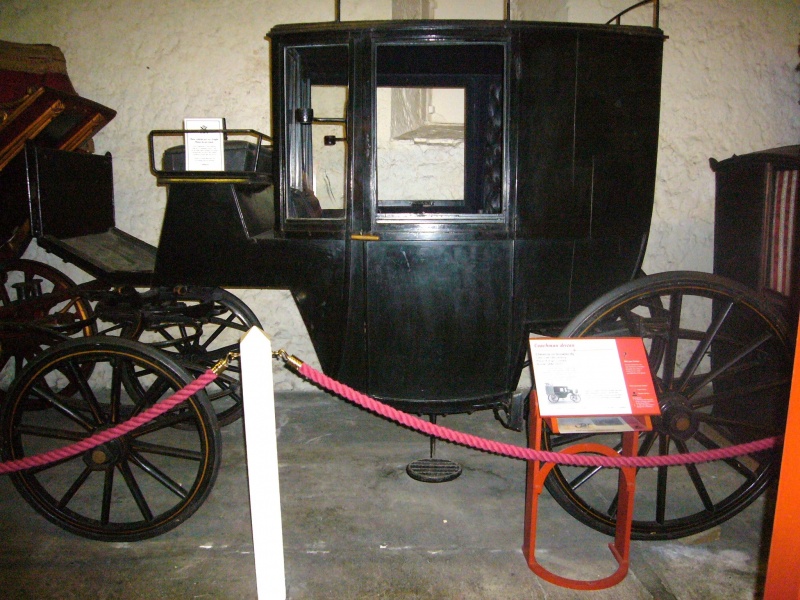 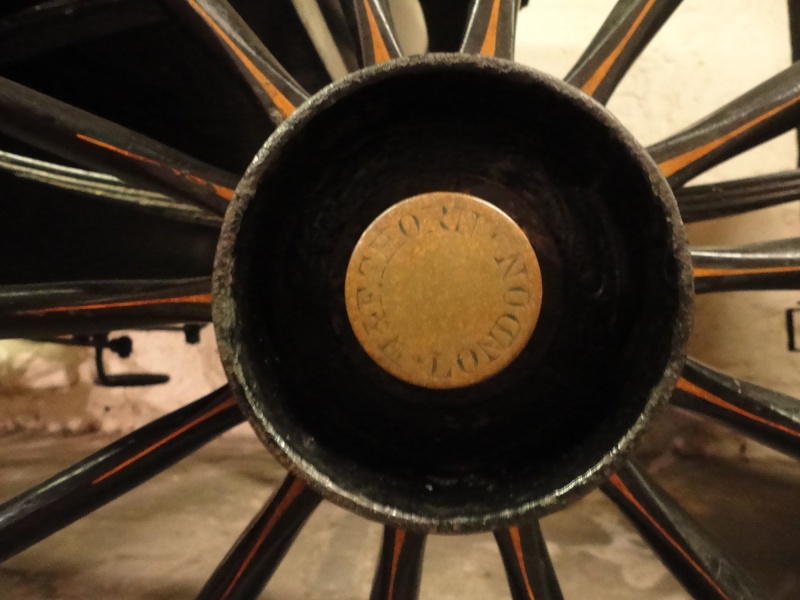 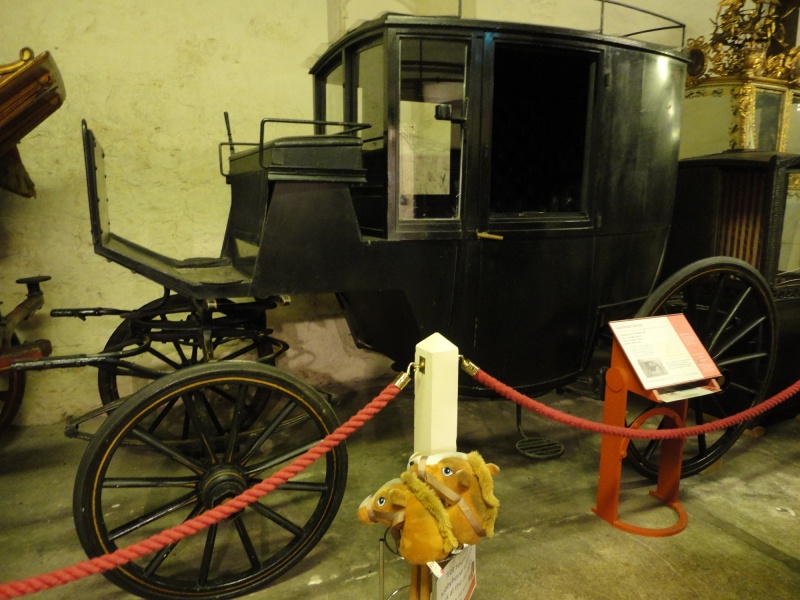 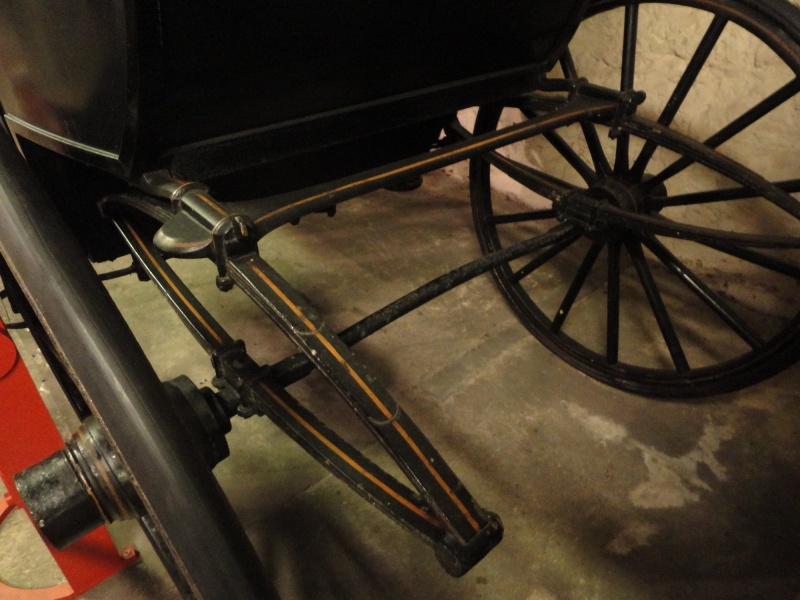 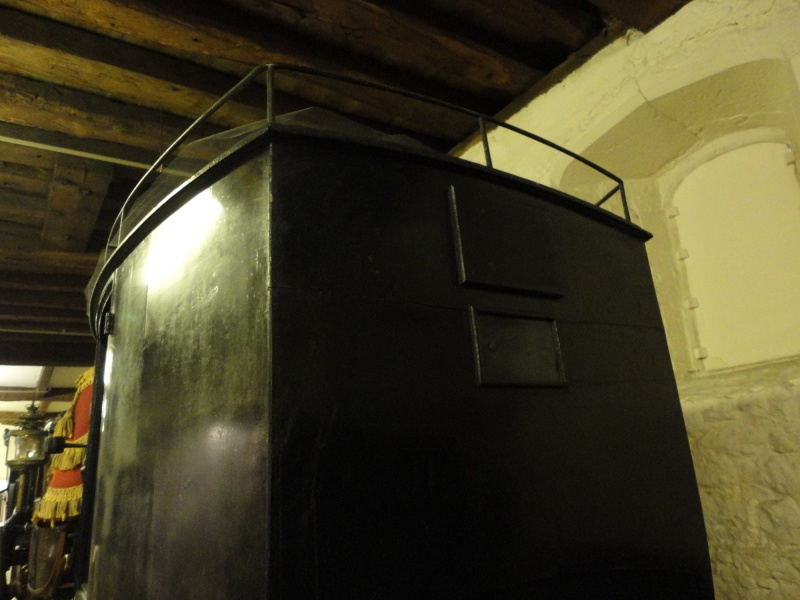 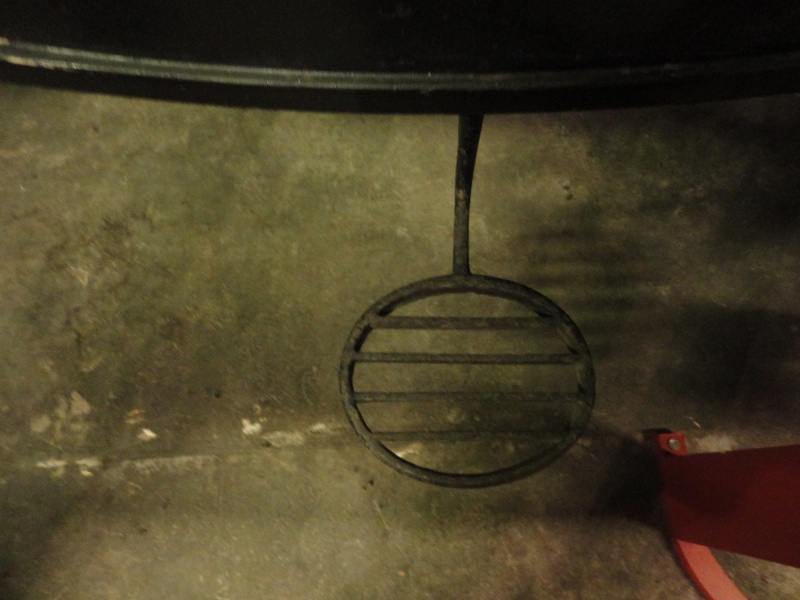 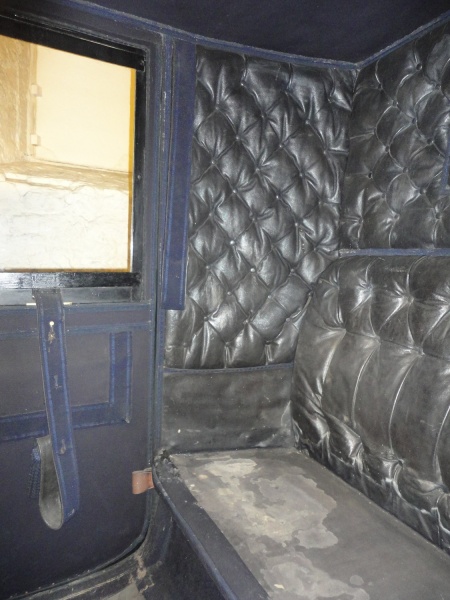 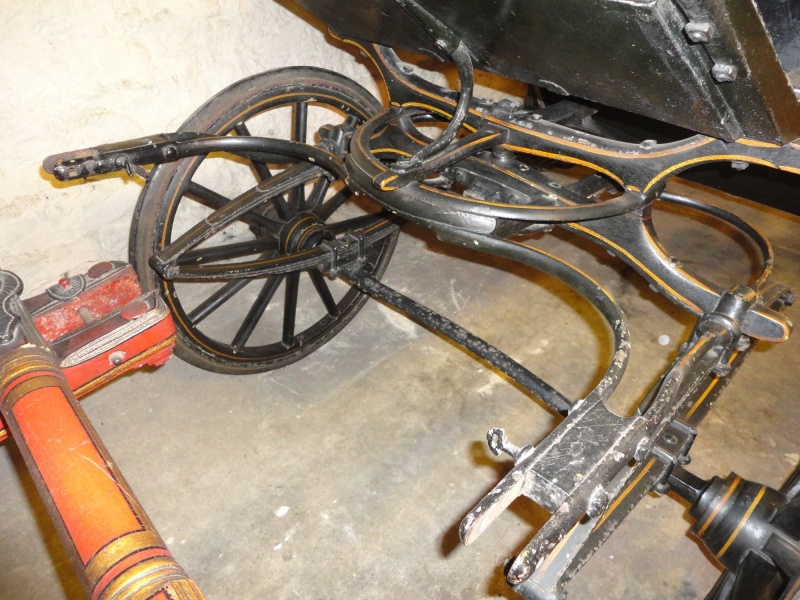 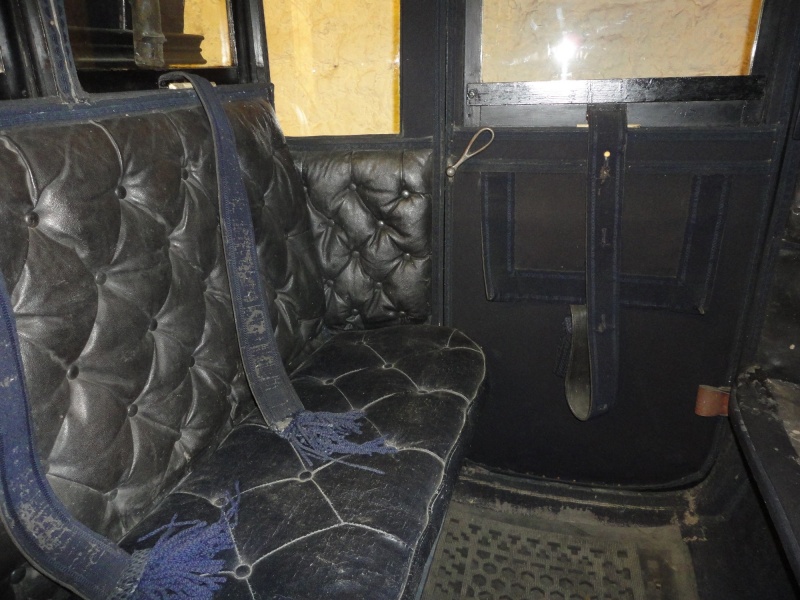 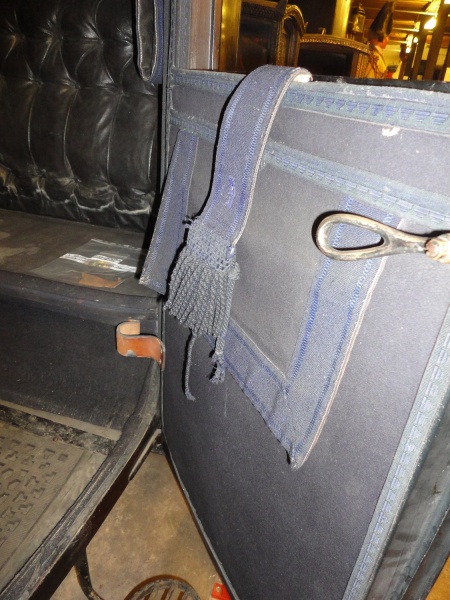 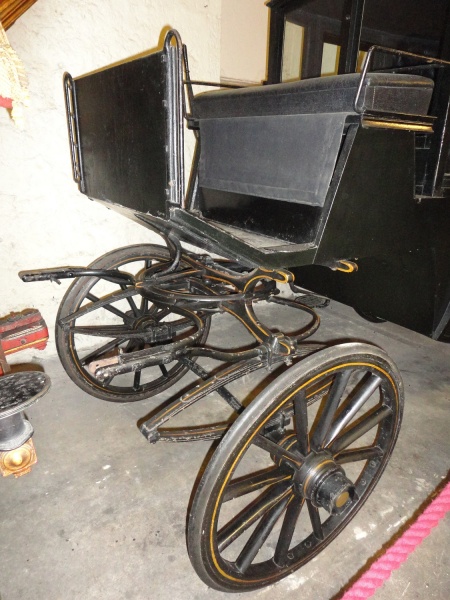 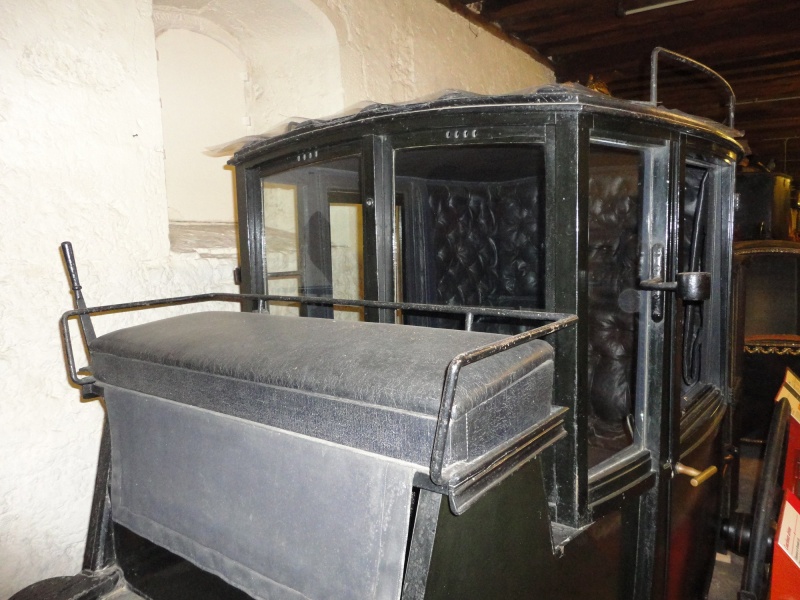 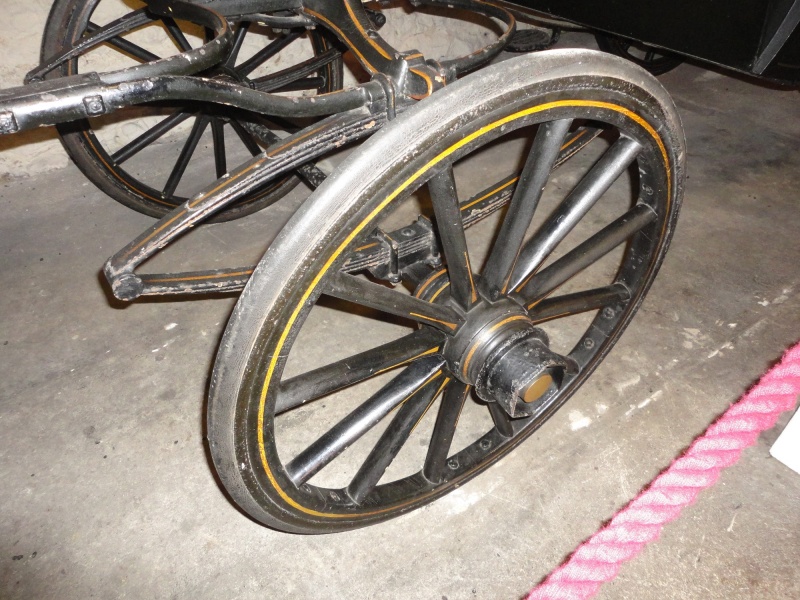 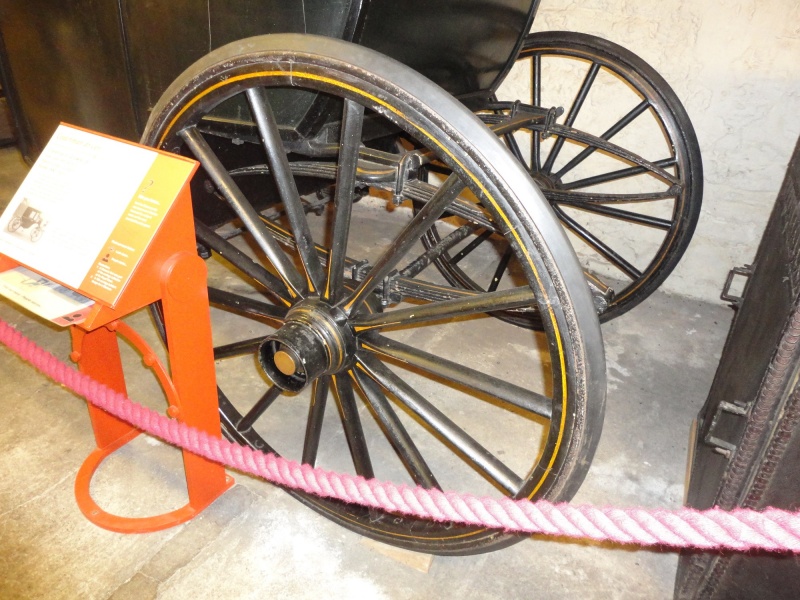 A Growler for a single horse. This carriage was a working vehicle and has an angular profile and maintains its original leather interior upholstery. Built by W F Thorn of London.

The body of a Growler is of an angular profile, it is practical and lacks some what in an elegant appearance. It is sturdy and workmanlike, built to work as a cab on city streets, ‘growling’ across the cobbles, hence the name. This small late nineteenth century Growler is very simple and with no real refinements.  The Growler is similar to the Clarence which was introduced in the 1840s and named after the Duke of Clarence. It was originally a small family carriage that could seat four people. Growlers were used as cabs whereas the Clarence really remained a private carriage.

Drawn by a single horse, this carriage type proved to be popular, possibly because they could carry more passengers and luggage and was of a hard wearing construction.

The body of a Growler is of an angular profile, it is practical and lacks somewhat in an elegant appearance. It is sturdy and workmanlike and built to work as a cab on city streets, ‘growling’ across the cobbles, hence the name. The coachman’s seat on this carriage is supported on a very angular riser and has a sloping footboard with a wood dashboard. The seat has single rails and a leather skirt with a brass beading and a single long cushion upholstered in black leatherette. The side panels of the body are ever so slightly curved. At the back the body is cut under to follow the profile of the seat, all very angular. On the roof luggage rails are fitted.

The doors are hung on consealed hinges with brass T bar handles on the outside and single loop handles on the inside. A step is bolted to the underside of the body of the carriage on each side. It has a large circular skeleton tread. The wheel hubs at the front have straight edges which suggests they were used to mount the coachman’s seat but there is no step on the edge of the footboard making it quite a distance to climb up.

The doors have lowering windows with black painted frames. At the front are two window lights and there are two further lights on the sides forming a glass front. A small rectangular window light is in the back panel. Lamp brackets are fitted to each side, the lamps are missing or not displayed.

This Growler has 12 and 14 spoke English pattern wheels on rubber tyres with collinge patent axles. The axles are slightly compassed up. At the front and back are elliptic springs. A brake is fitted to the rear wheels, the hand lever is by the coachman’s seat. This Growler is painted black with yellow lining on the wheels and undercarriage. The interior is upholstered on the seats and body panels with black buttoned leather. The doors are lined with a blue box cloth and a plain broadlace is used for the window straps. A plain blue carpet covers the floor with a patterned rubber mat placed on the top.

The carriage is in fair condition. The wheels and undercarriage appear sound but there are some obvious cracks in the body panels. The paintwork is chipped in places. Inside the upholstery is original and in good condition although one of the seat cushions is missing.