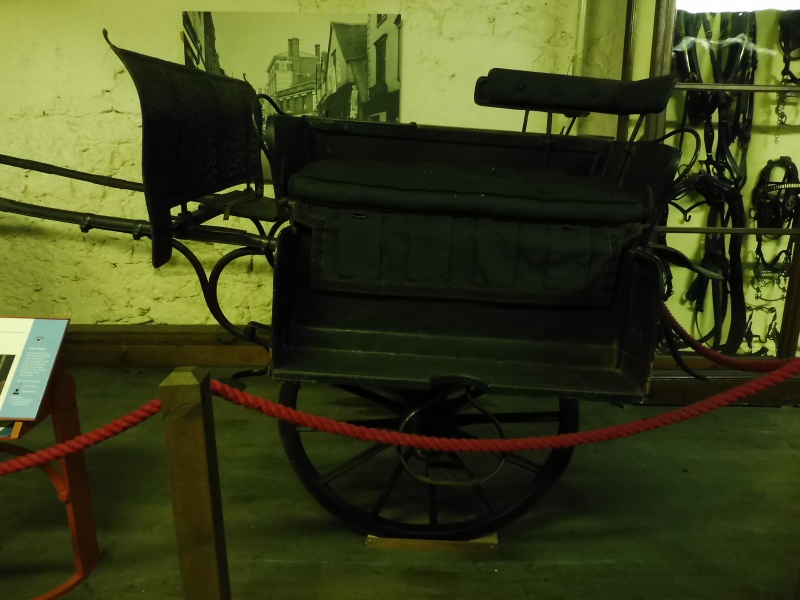 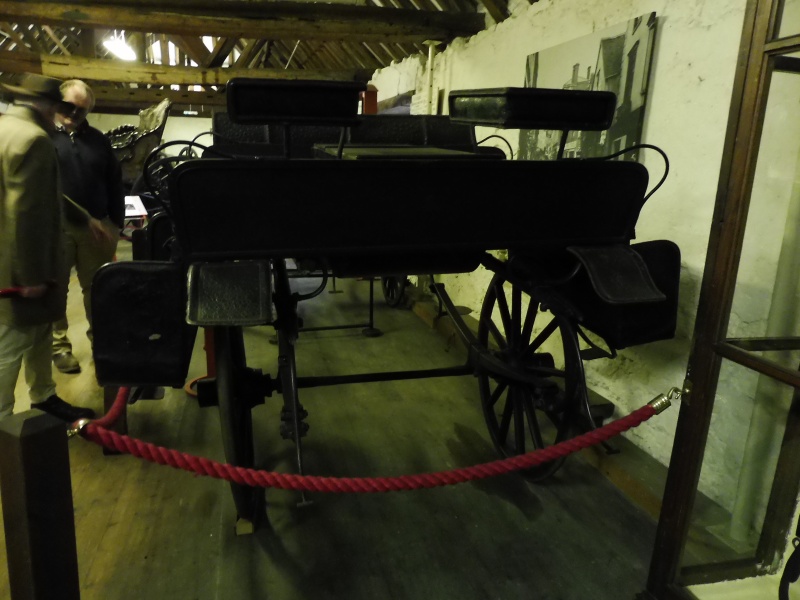 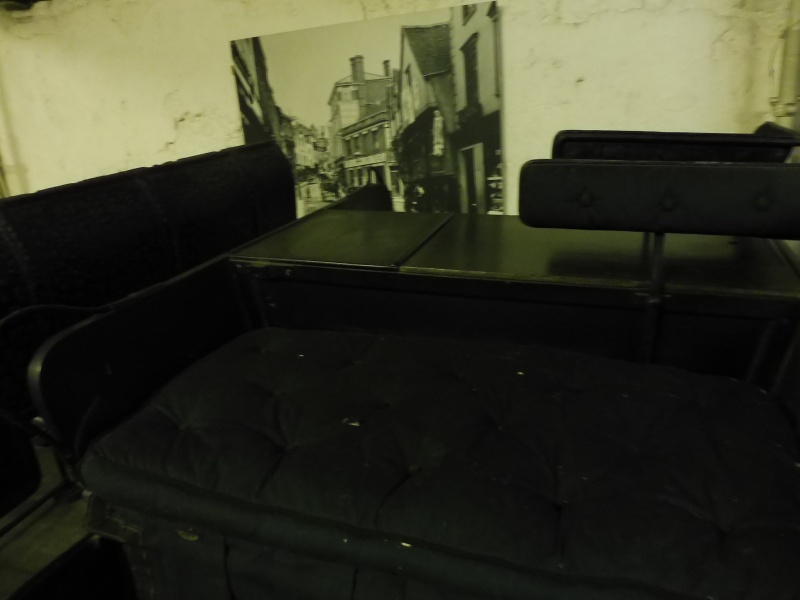 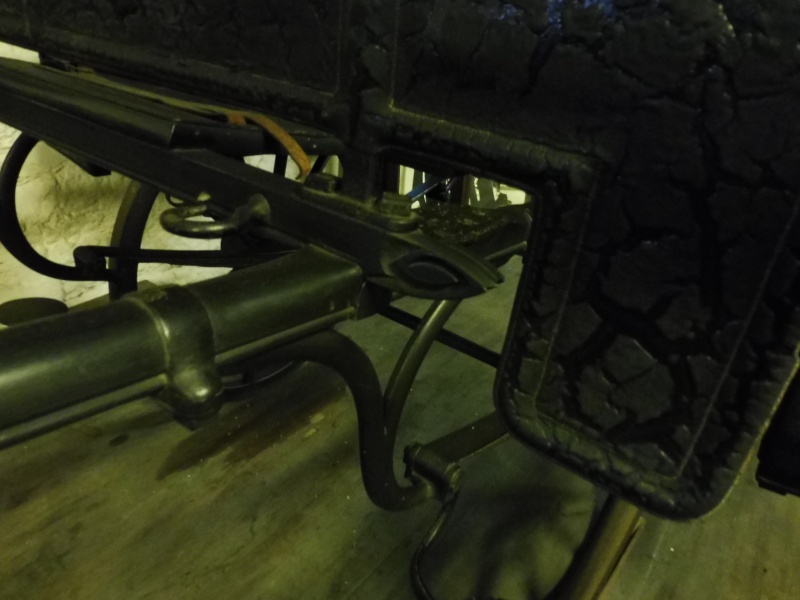 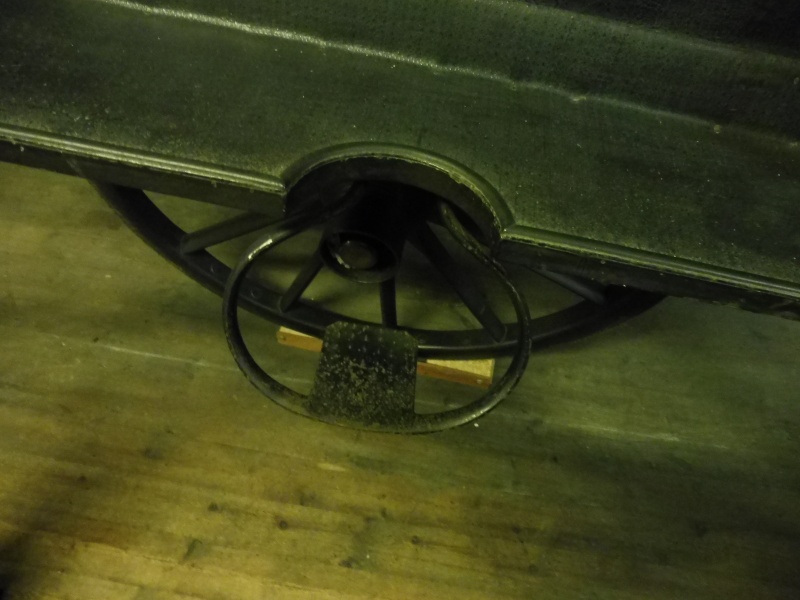 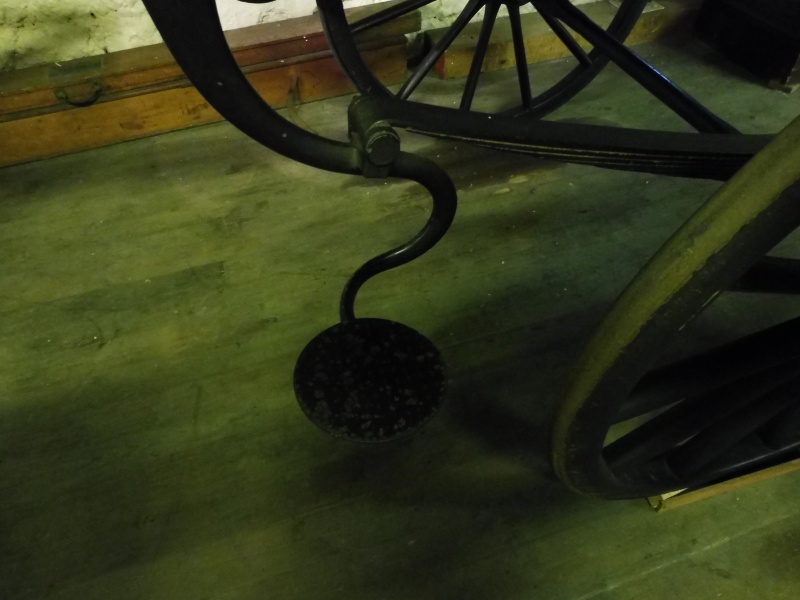 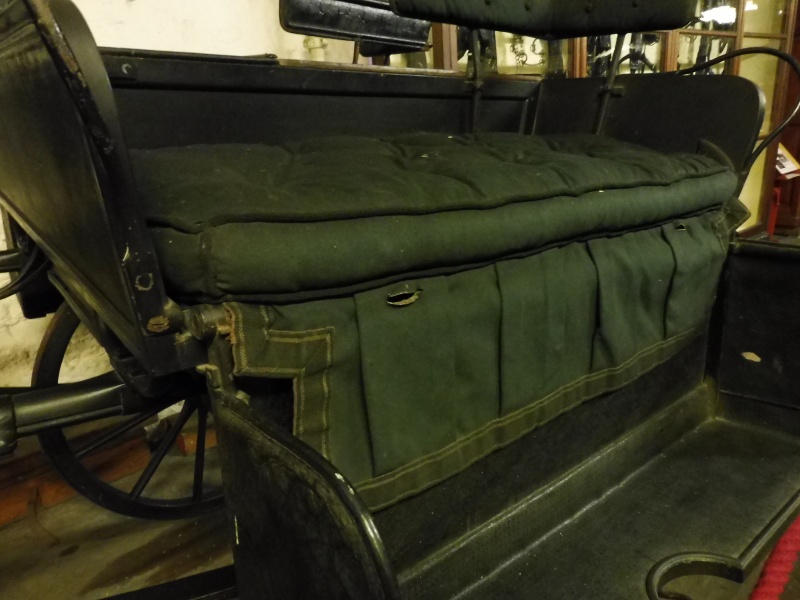 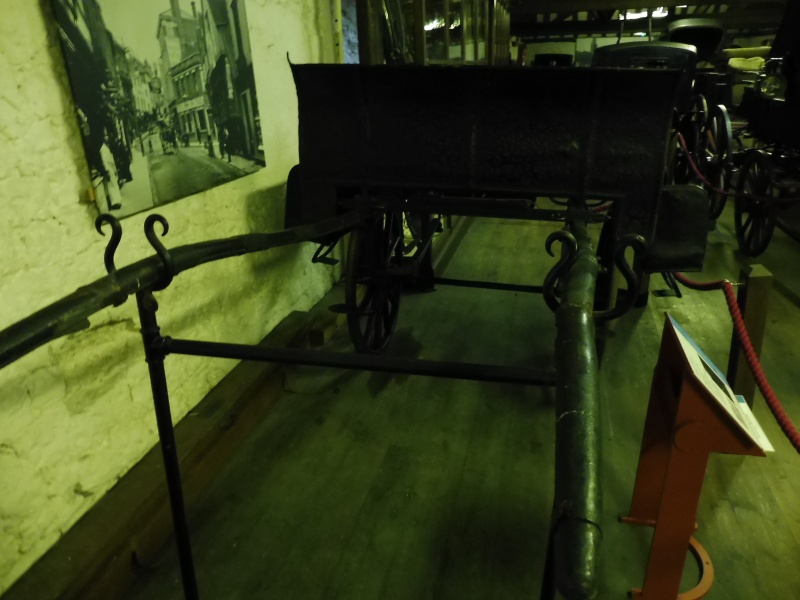 This Jaunting Car belonged to HRH Princess Louise, Duchess of Argyle. It was built by Irelands foremost coachbuilder Hutton and Sons of Dublin. Having been made for a Royal patron it is of a much higher quality of build than the Jaunting Cars one usually finds on the roads of Ireland, even up until this day.

Jaunting Cars would seat two or three passengers on a long seat running for the front to the back. The passengers would sit facing outwards with their feet on a foot board. These footboards were often highly decorated and would fold upwards when the carriage was not in use or no passengers were present. The driver would sit of a precariously placed seat in the middle at the front.

This  Jaunting Car has a rather complicated construction. The shafts run from front to back. They are shackled, via rather beautifully curved brackets, to the side springs. The carved bracket continues downwards to form the step which has a circular tread. Long iron supports are bolted to the underside of the shafts at the rear. These have a small foot end and are designed to stop the carriage tipping over backwards and would have supported the weight of the carriage when stored with its shafts in the air. The whole appearance is rather stylish.

Running along the centre of the shafts and supported on iron brackets is a storage box with a hinged lid for the passenger to put their luggage in. Fixed to the rear of the box is a longitudinal panel which forms the seat sides with leather splash guards at each end. A similar panel is at the front. The panels have rounded corners and slightly exaggerated curved iron grab handles. The luggage box forms the back panels of the seats with lazy backs fitted to the seats at the rear of the carriage which are upholstered in a blue/green box cloth. A pleated seat drop is also in blue/green box cloth and has an broadlace in a similar colour with a gold stripe.

On each side hanging over the wheels are foot boards for the passengers to rest their feet on. They have leather end panels with rounded corners. The back board is of wood as is the footboard which has a recess in the front edge at the centre point. The footboard is covered with a green patterned lino.  A step is fitted to the underside of the footboard where the recess is. It consists of an iron loop with a square jagged tread.

The driver of this Jaunting Car would sit on the front end of the luggage box with their feet on a small rectangular footboard which is mounted on a cross bar fitted to each shaft. There is a leather strap on the footboard for the driver to slip their toes under for a bit of security. Just behind the cross bar on the top of each shaft is a lozenge shape foot tread. An enormous leather dashboard is bolted on to the cross bar. It has a slightly curved profile and overhangs the width of the shafts providing complete protection for the passengers. The surface has aged in to the ‘river and island’ appearance.

The shafts are served with leather at the tip end and where the breeching staples are fitted. They have under shaft tug stops. Pig tail trace hooks are fitted to the front side of the cross bar.

The wheels are 12 spoke warner pattern on collinge patent axles with iron tyres. The axle is straight. Side springs are slightly blocked up on the axle and fixed to the shafts by inverted iron braces at each end.

Painted in very dark green with no lining.

A carriage in original untouched condition and of a high quality build. The paint work has discoloured over the years to a very dark green. The leather dashboard has the river and island patina. The upholstery is dusty but seems complete and sound.