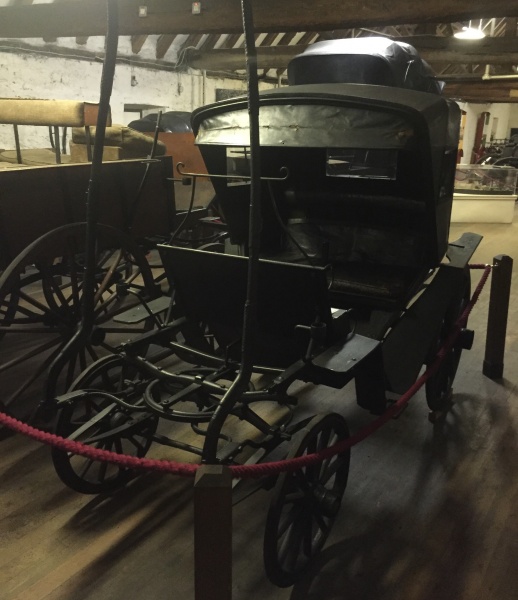 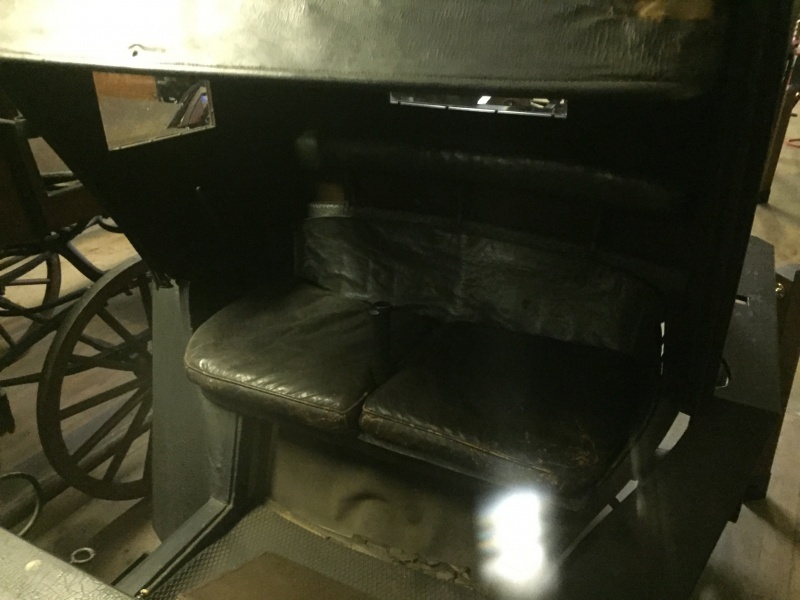 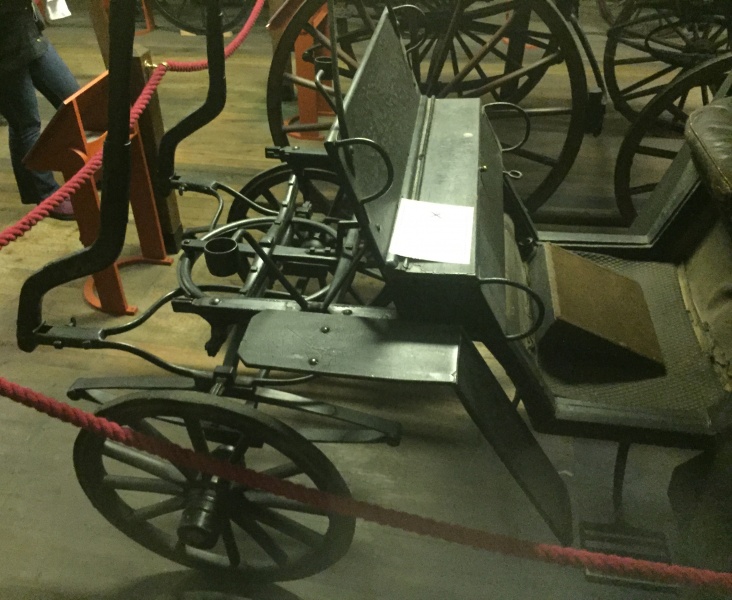 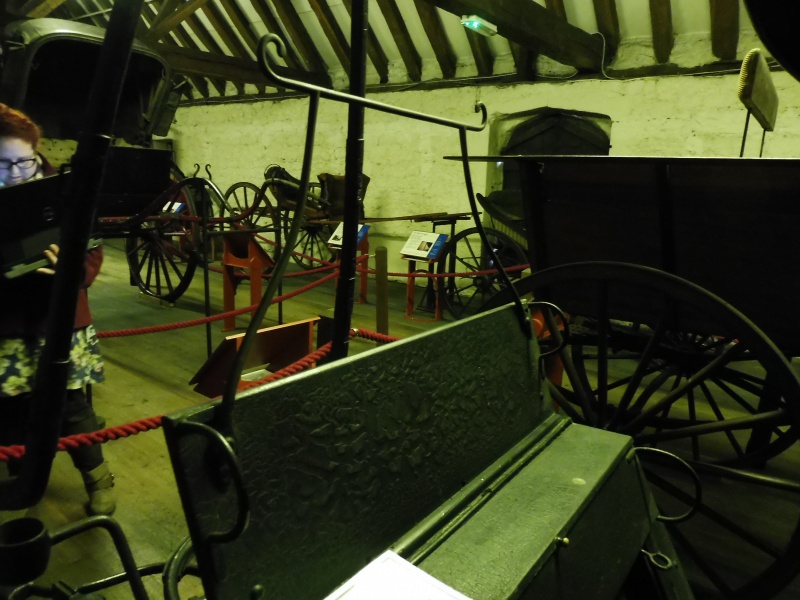 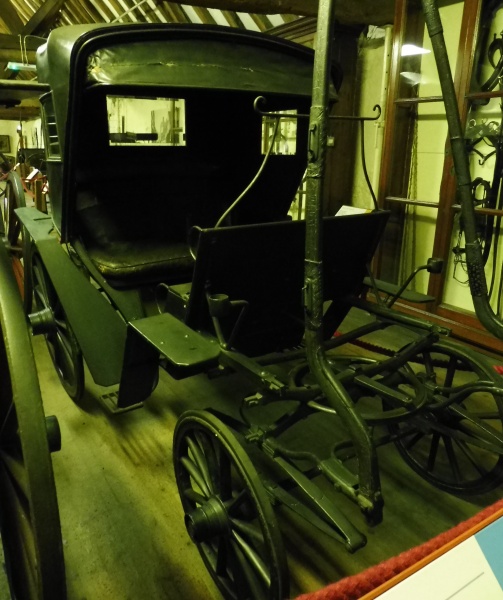 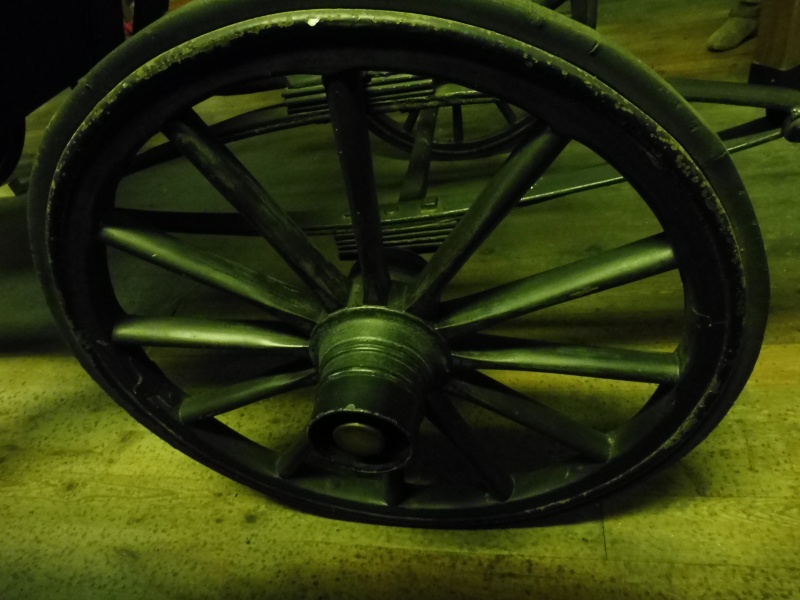 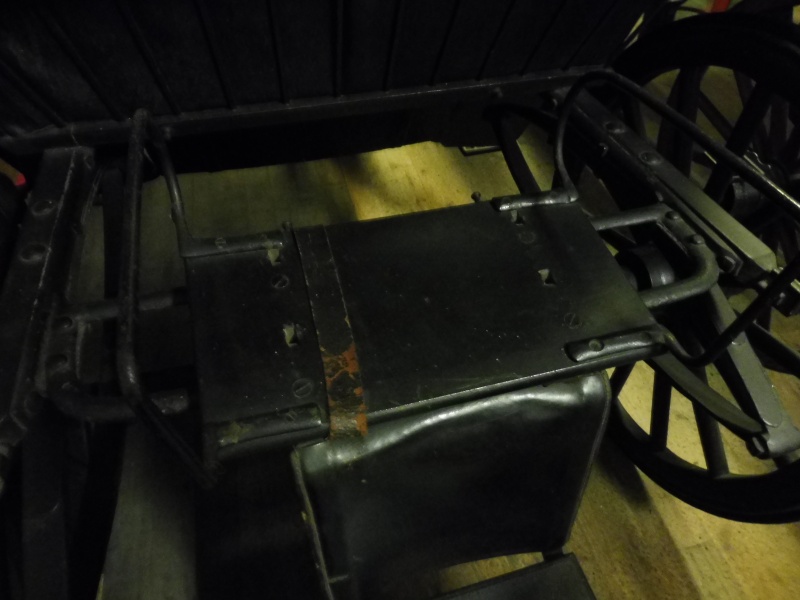 This Lady’s Pony Phaeton came from the Beaufort family who also donated the Landaulette to the Tyrwhitt-Drake Museum.

Designed for summer use, the leather head is detachable and can be replaced with a folding canvas head or indeed both can be left off to make a completely open vehicle.  At the back is a small removable seat at the rear where a groom would sit.

Such phaetons were always built low to the ground to make it easy for ladies and the elderly to get in and out of the carriage.

Lady’s drove such Phaetons around parks and estates. This one is for a single pony having detachable shafts. It is a rather odd little carriage with some unusual features such as the multi-functional leather head and the storage box stretching the width of the carriage.

The head removes completely so the carriage can be used in dry weather. In the back and sides are windows made of think bevelled glass, they are quite large proportionally for the size of the head. At the front of the head is a sun shade that folds out. Also with this carriage is another head made of canvas.

The seat accommodates two comfortably it is cut under and has a spindle back.  Black leather covers the lazy back, the seat back and the two cushions. A whip holder sits in between the two seat cushions. Rubber matting covers the foot well. The front of the body of the carriage is all rather strange and hints towards it being a bespoke build. The wood dashboard has two grab handles of a semi-circular shape. It is surmounted by a rein rail which is incredibly high. Just behind the dashboard is a storage box running the width of the carriage with a hinged lid and a little knob as a handle in the centre. Two further iron semi-circular grab handles are fixed to the front edge of the storage box. Large skeletal rectangular steps allow easy access to this Phaeton. From both side of the step rise wooden splash guards. These are rather plain and angled rather than steam bent. Lamp brackets expand from the supporting bar for the dashboard. They are angled in two places with the lower angle being bolted to the fore carriage.

Behind the seat is a removable grooms seat consisting of a wood seat board with single seat rails on each side and a fold down step that the groom could rest their feet on whilst the carriage is in motion. This is another curious feature and almost appears like an afterthought.

At the front are 12 spoke and behind 14 spoke English pattern wheels on collinge patent axles. The wheels have rubber tyres. Sprung at the front and back with elliptic springs.

The entire carriage is painted black with no lining.

This carriage is in fairly good condition. It has had new rubber tyres fitted and the paintwork looks to be later, the wheels have lost the paint around the felloes.