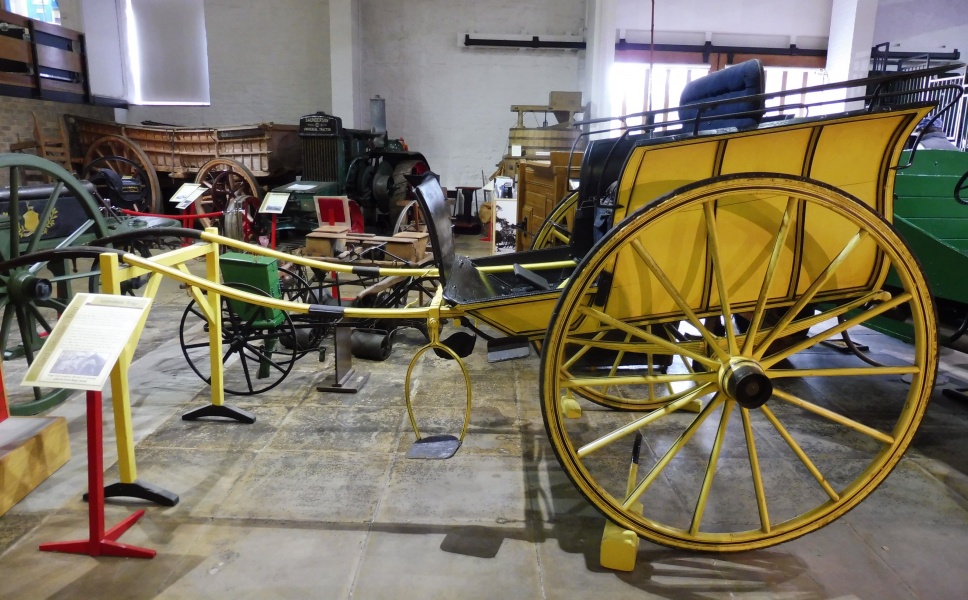 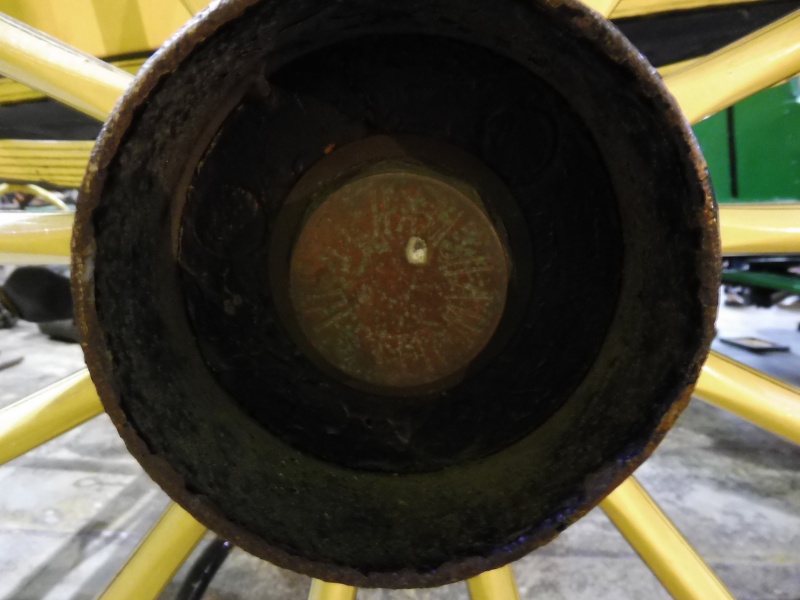 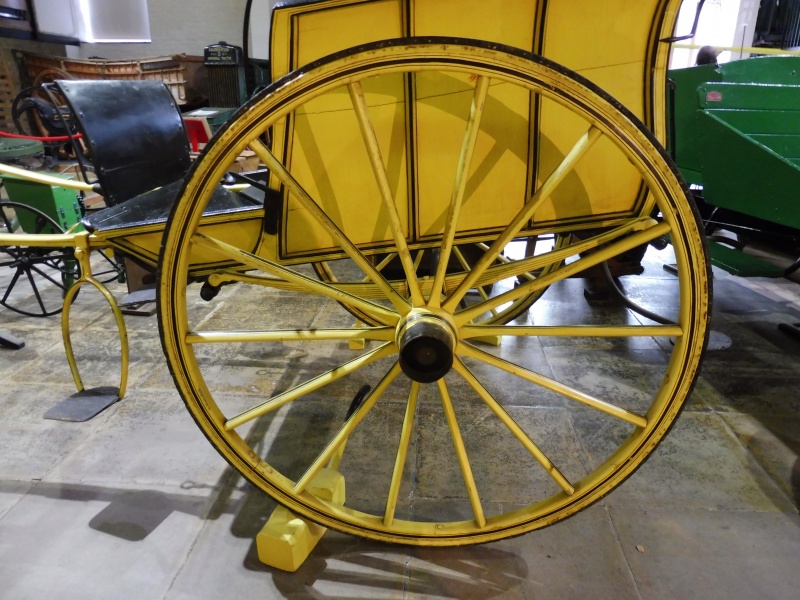 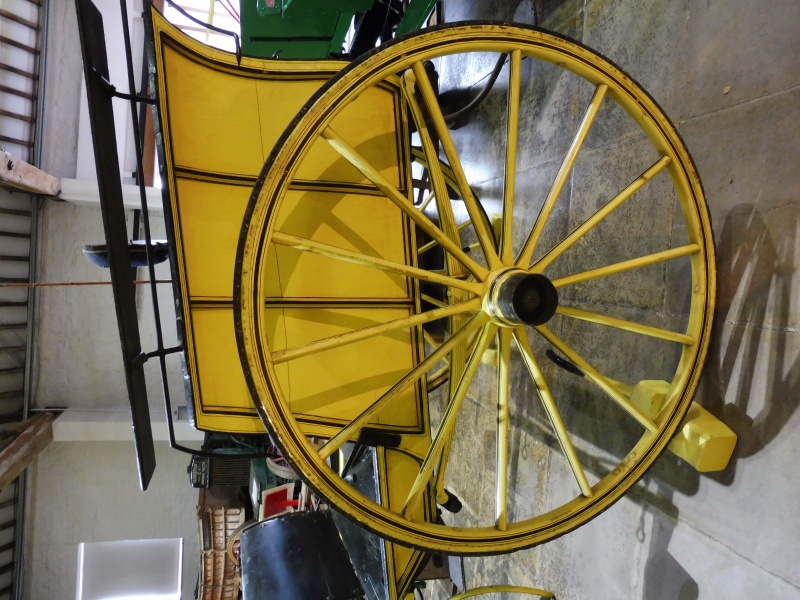 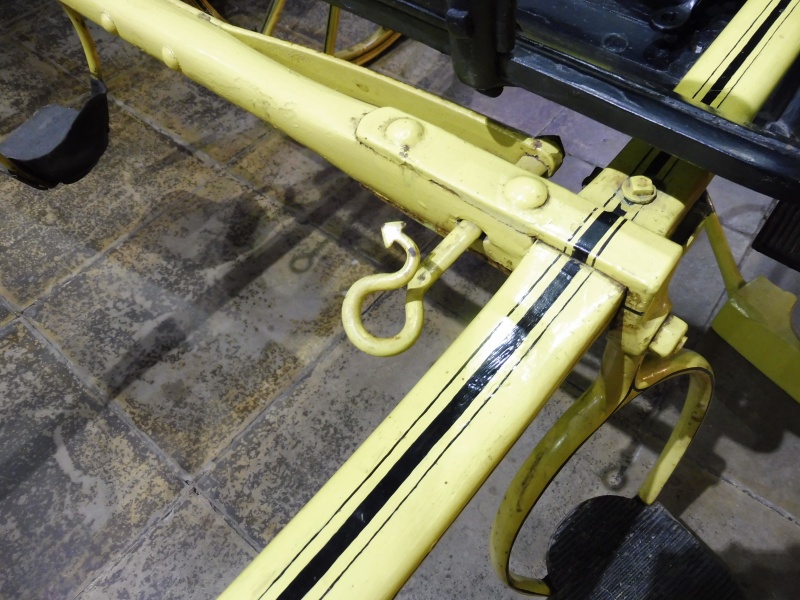 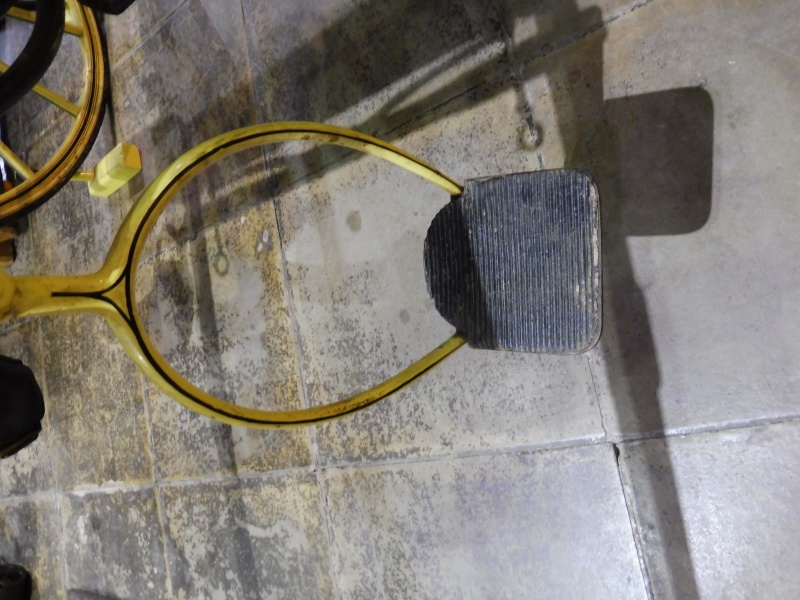 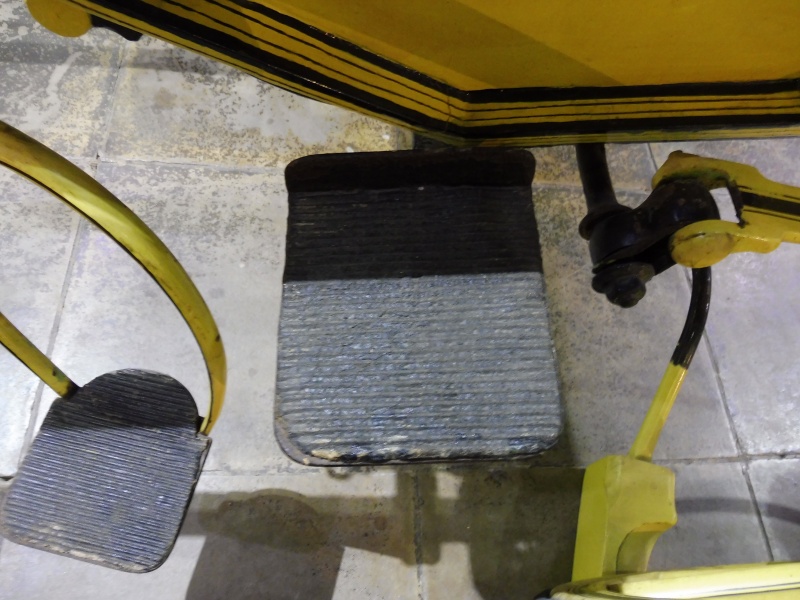 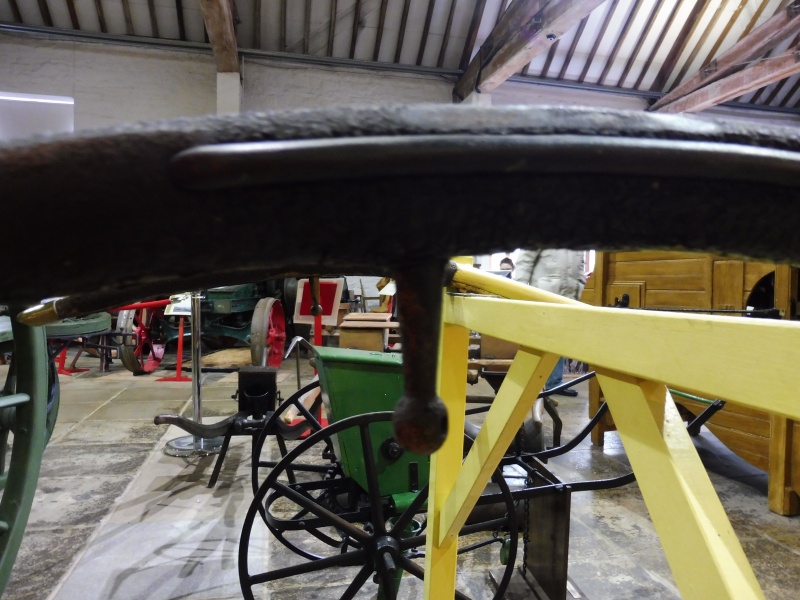 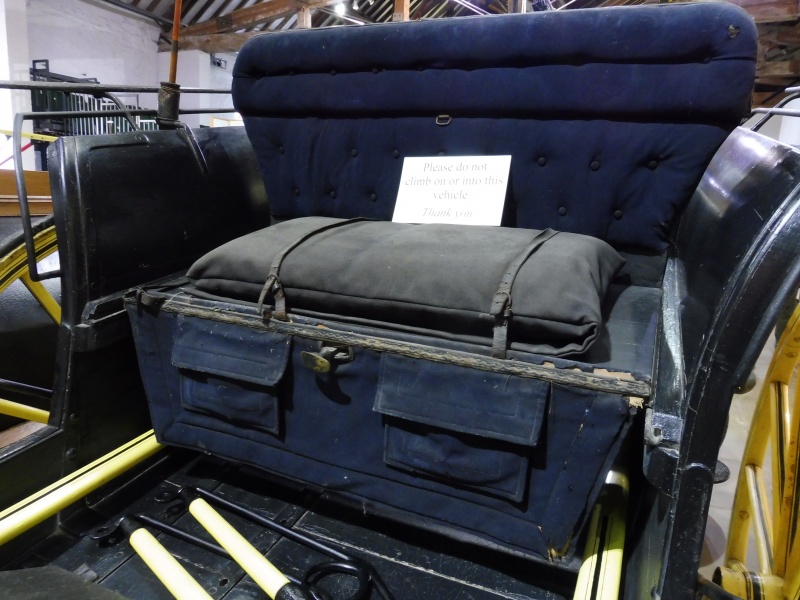 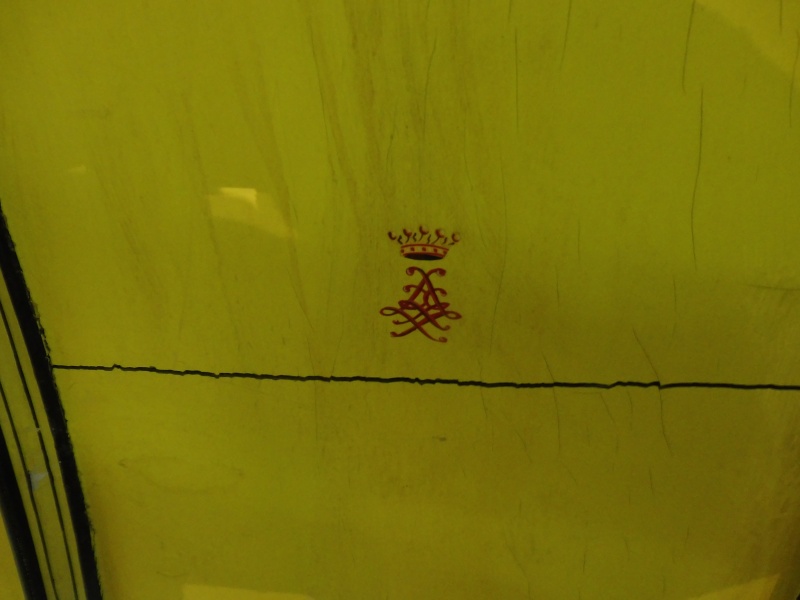 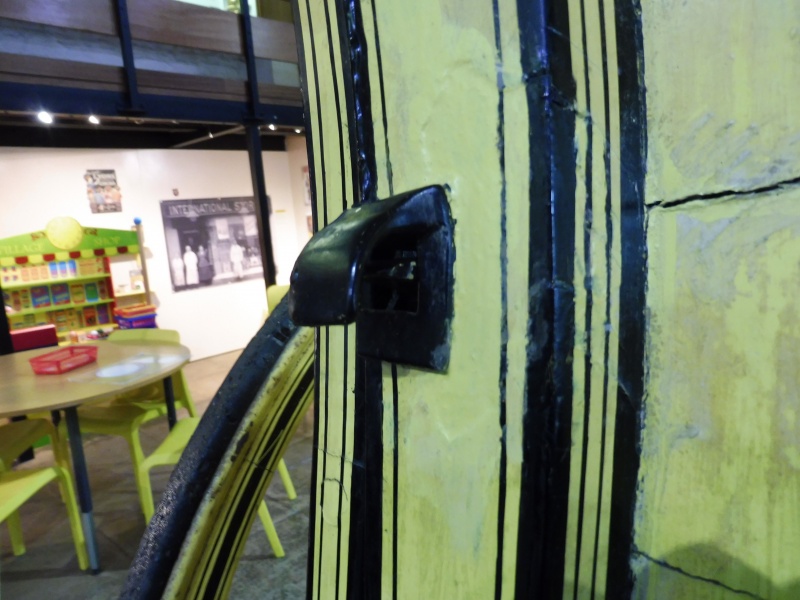 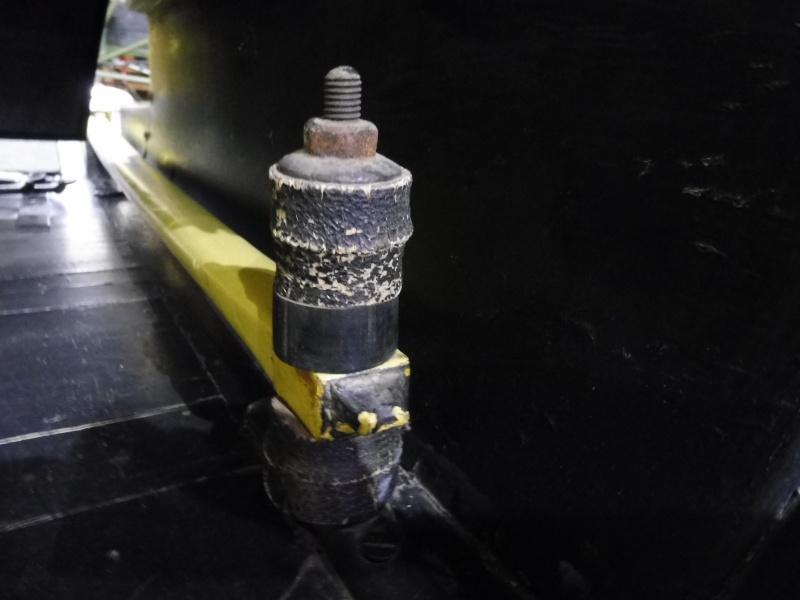 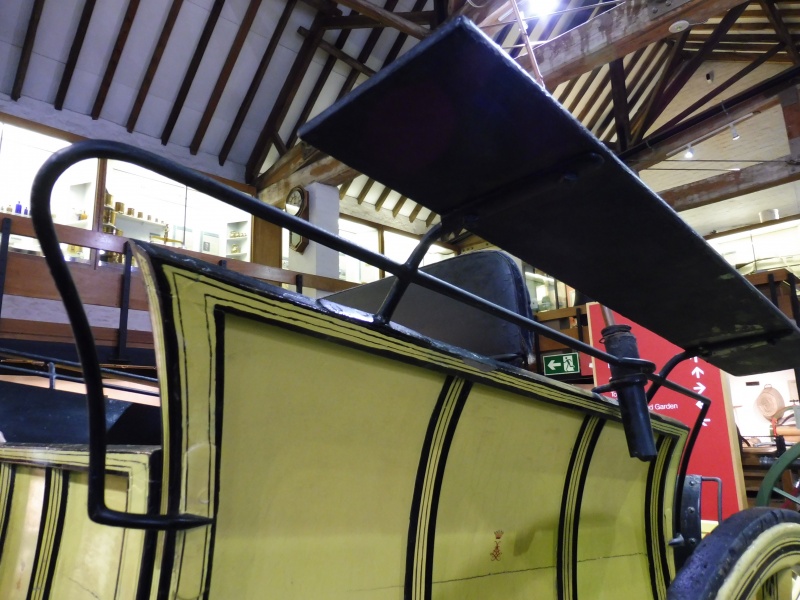 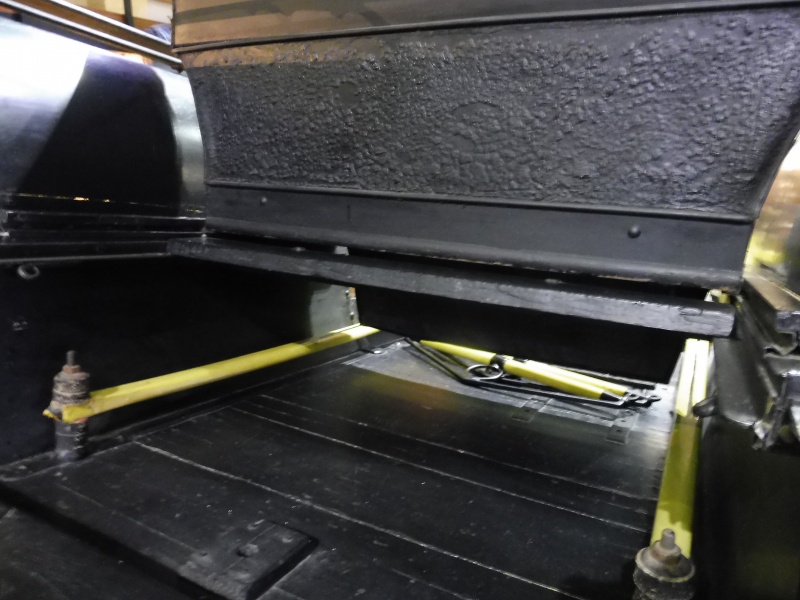 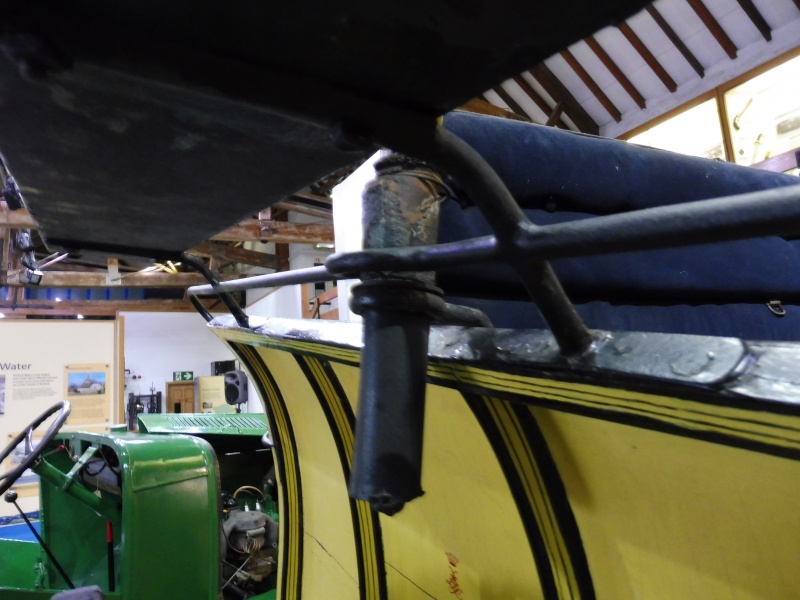 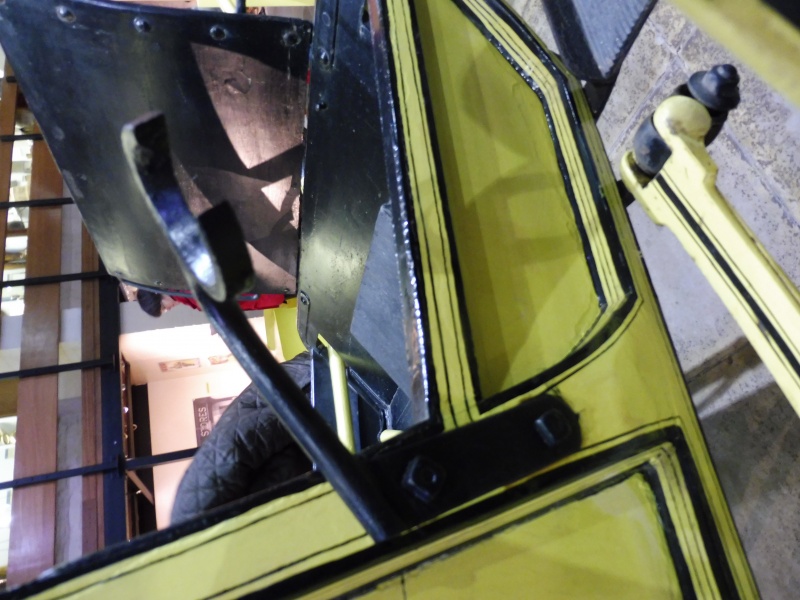 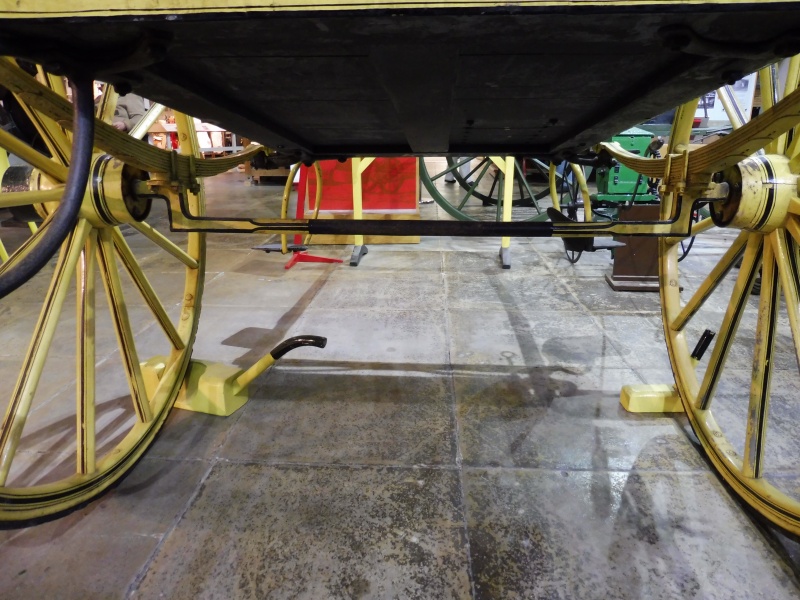 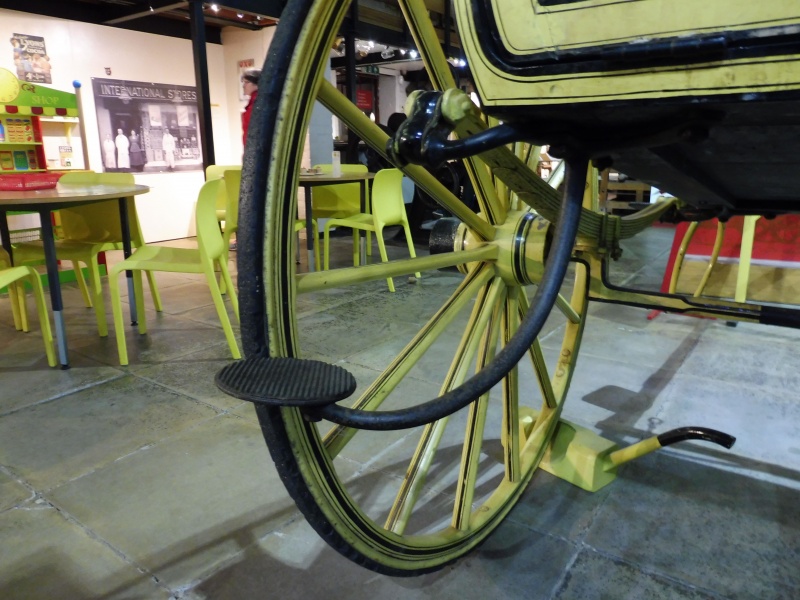 Built around 1890 for Hugh Cecil Lowther, 5th Earl of Lonsdale (1857-1944) for use to exercise the dogs and to run errands around the estate. It is basically a Ralli Car as the shafts run through the body of the carriage with rather unusual shaped body panels. It is painted in the yellow that Lord Lonsdale favoured for all of his carriages.

A true Ralli Car has shafts that run inside the body of the carriage, passing through holes in the panel at the front below the dashboard. The shape of the carriage body can vary from curved side panels incorporating the splashguards to panel sides with straight splashguards on iron brackets. The shafts tend to be fairly straight and the seating can be for two frontward facing or four back to back. They are a member of the sporting family of carriages being a variant of the Dog Cart and were used for sporting outings and running errands. Popular during the late 19th century and early 20th century.

The body appears quite heavy in its build and has a shape that the late Christopher Nicholson described as being ‘Tulip’. The lower part of the side panels curve outwards, then slightly in at the mid-point before curving outwards again towards the top. The panels have a frame work lined in black which accentuates the shape. Straight, plain splashguards sit several inches above the top of the side panels and are attached on two iron supports bolted on to the top edge of the side panels. Within the same casting as the splashguard is a rather elegant singe rail which also forms a grab rail to assist in the access to the front and back. On the offside the rail accommodates the leather whip holder as it curves around it.  The whip holder is supported by a bracket bolted to the inside of the body of the carriage.

At the back, it is clear to see the beautiful shape of this carriage. The profile of the seat follows the contours of the side panels and demonstrates the consideration to the aesthetic appearance that the coach designer undertook when designing this carriage. The back panel has three panels with a framework and is fitted on two hinges. There are two very neat catches of a style more commonly found on Mulliner gigs.

Looking in the back the remains of a rear facing seat are evident. It looks to have been deliberately broken off and the uneven edge has been painted over with black paint. Iron loops indicate where the chains would have been fixed to support the back panel when dropped down. At the front is a wood dashboard with a slightly curved profile and iron grab handles on either side. This may be a replacement of a later date as it appears heavy and on the basis that the back of the seat was patent leather, it would be more likely that the dashboard would be in this material as well.

This carriage has a few features that suggest it may be a combination of vehicles. Estate carriages were used every day and parts were replaced when they got broken or damaged which may explain some of the components of this carriage do not quite appear right. One really odd feature on this Ralli Car is the lamp brackets. They are bolted to the front of the side panels and make little sense as they are. At some point in the past, maybe when the carriage was repainted in part, they were removed and bolted back on the wrong sides, swap them over and they would allow the lamps to sit straight rather than tilted considerably backwards.

Ralli Car’s tend to have fairly straight shafts that pass through the footboard and run inside the body of the carriage fixed at a couple of points. The shafts on this example are quite curved and appear a little fine for the heaviness of the body of the carriage. They also have features that suggest an earlier date for them such as the undershaft tug stop and the leather breeching fittings. Perhaps the original shafts for this carriage were broken and replaced with a pair from another older carriage.

The splinter bar supports two stirrup steps. The tread is straight on the side and front edges and curved on the rear edge with a thin ribbed rubber matting. A large step with a rectangular tread fixed under the footboard. The rear edge is turned upwards and the step is also covered in thin rubber matting. For access to the rear of the carriage a single step with a circular jagged tread it fitted on a curved bracket to the nearside of the carriage. Pig tail trace hooks are on a sprung board fitted to the splinter bar

The wheels are English pattern with 14 spokes and old rubber tyres on collinge patent axles.  The axle is cranked, something one would usually find on a low bodied carriage such as a Governess Cart. The side springs are quite shallow and therefore the slightly cranked axle is quite appropriate for this carriage.

This Ralli Car retains some of it original upholstery. The seat back is completely covered in a buttoned blue box cloth. The original seat cushions are missing and have been replaced with a rather poor fitting single cushion covered in leatherette held in place with two leather straps. The seat drop is also of blue box cloth and has two pockets. A handle for moving the seat forwards or backwards protrudes through a hole in the seat drop.

Lord Lonsdale was known as ‘The Yellow Earl’ due to all of his carriages being painted in a pale lemon yellow colour with black lining. This carriage exhibits this colour scheme. The inside of the body of the carriage has been painted completely black which has been done in fairly recent years. On the side and rear panels are the intertwined initials of the Earl surmounted by a coronet.

On the axle caps: HAMSHAW LEICESTER

Overall the carriage is in sound condition and very well cared for. Certain components have been replaced over the years, the rear facing seat has been broken and the seat cushion has been lost. The seat drop and the leather whip holder are nice original features. They could both probably benefit from a clean and some conservation work.

This Ralli Car is in the care of The Rutland Museum