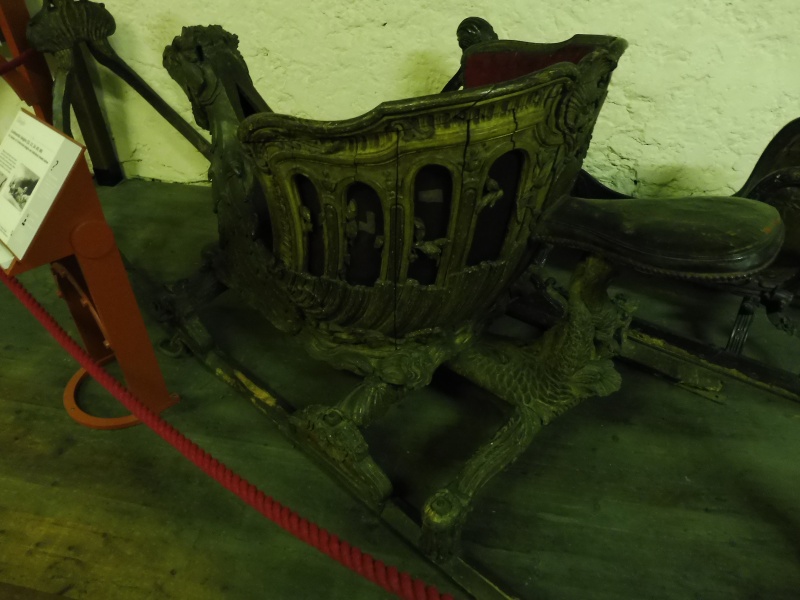 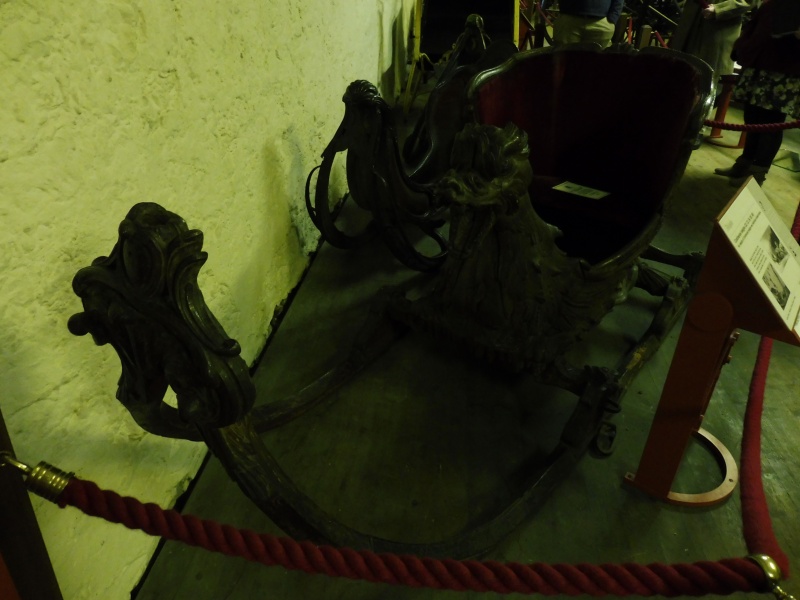 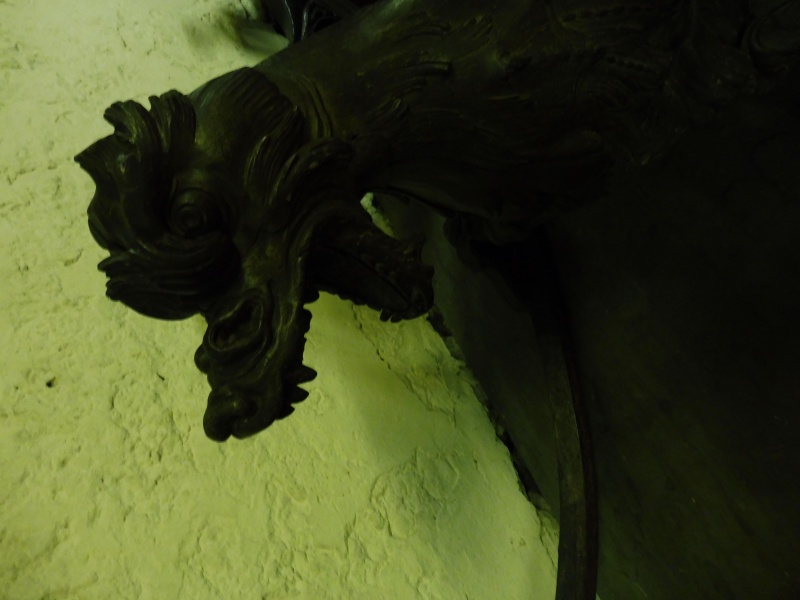 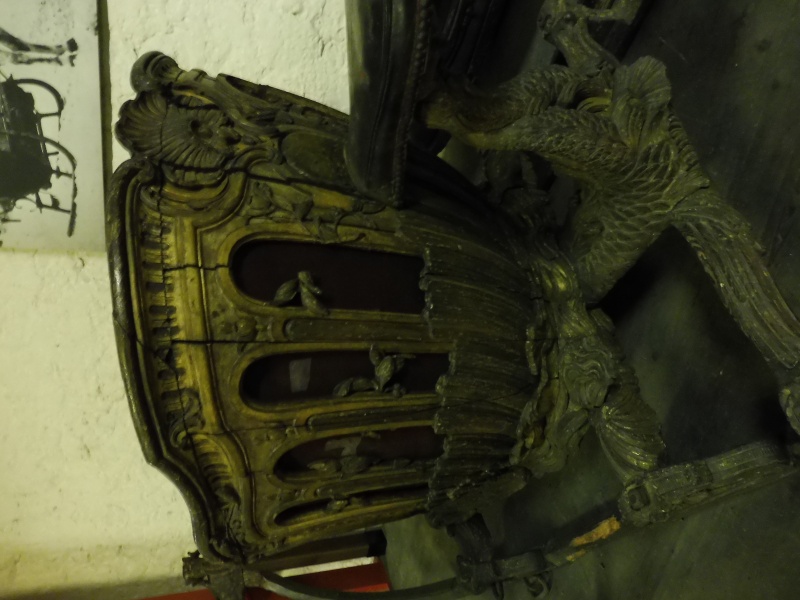 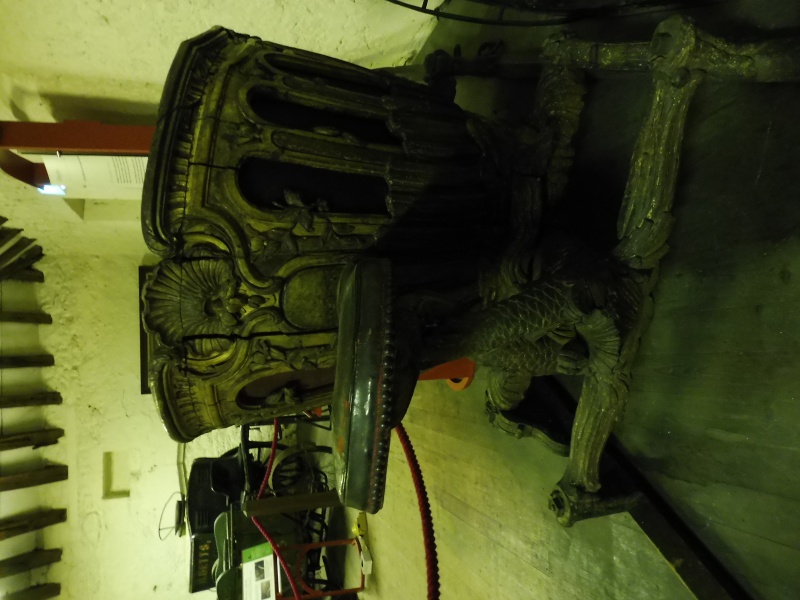 This sleigh is thought to have come from Central Europe and is a particularly ornate specimen of carved and painted wood, with prow in the shape of a sea monster. This type of Sleigh were particularly popular in Germany where they were used for parades and races by the wealthy.  They were considered an art form and their owners would attempt to outdo each other in their design and presentation. The person of the highest social standing would invite the prettiest lady as a passenger. She would sit in the upholstered seat whilst he would drive the horse from the pillion seat at the back at break neck speed.

Elaborately carved with mystical beasts, flora and fauna or biblical themes and brightly painted, these Sleighs were an art form. The harness on the horses was equally as elaborate with collars mounted with full size antlers, leather faced with velvet and lots and lots of bells.

European Sleighs are always enormous fun to observe as no two are the same and the craftsmanship and imagination that went into their creation is quite staggering. They were not a mode of transport but a status symbol used to have fun with at parades and to exhibit ones wealth and sense of humour.

The main inspiration for the for the body or chair of this Sleigh is Renaissance architecture. An archade runs around the chair with carvings in the spandrels and an almost ‘egg and dart’ pattern around the pediment above the arches. The ‘eggs’ are more lozenge shape. The arches are cut out to reveal four recesses on each side. In these recesses are random, carved foliate motifs. In the middle at the back the archades meet with excentuated curved ends. There is a stylised scallop shell in the centre. The body appears to be cusped together at the base by and upturned shell. The seat is upholstered in red velvet.

At the front of the body of the Sleigh is a wonderful ferocious sea monster with flaring nostrils, big scary eyes and a wide open jaw with lots of teeth. He is quite marvellous and would have been splendid covered in gilt and painted.

At the very front where the runners meet at the point is a Renaissance style cartouche.

There are some traces of red paintwork and gilding.

The structure is complete. There are some cracks to the bulky carved areas such as the sea monster, but all of the details survive. The Sleigh has lost almost all of its original gilding and paintwork, only a few fragments are visible. This example is a shadow of its former glory and needs conserving as no two Sleighs are the same making them equally as rare as one another.