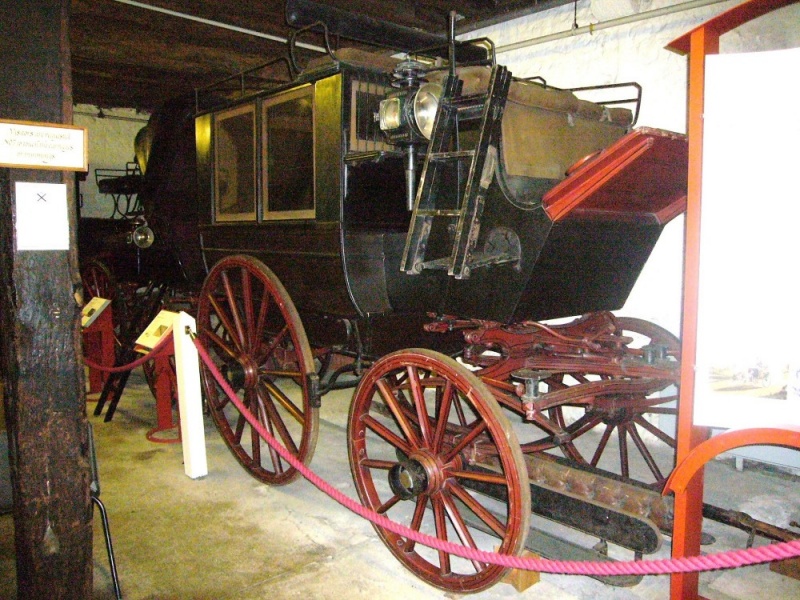 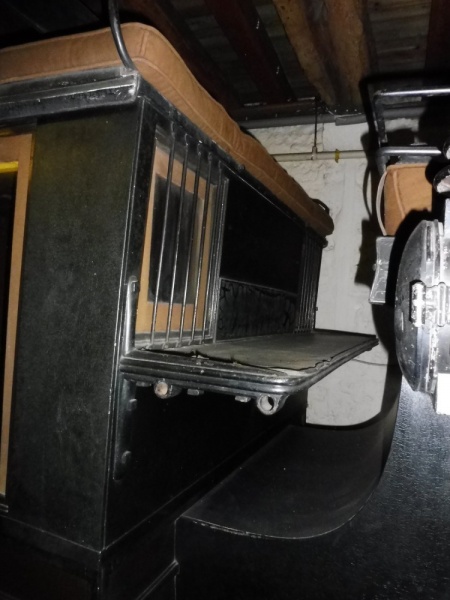 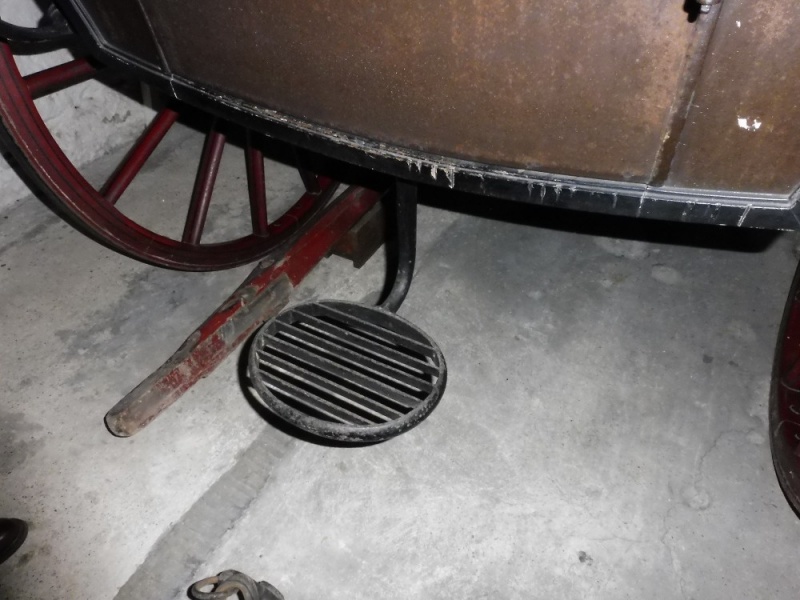 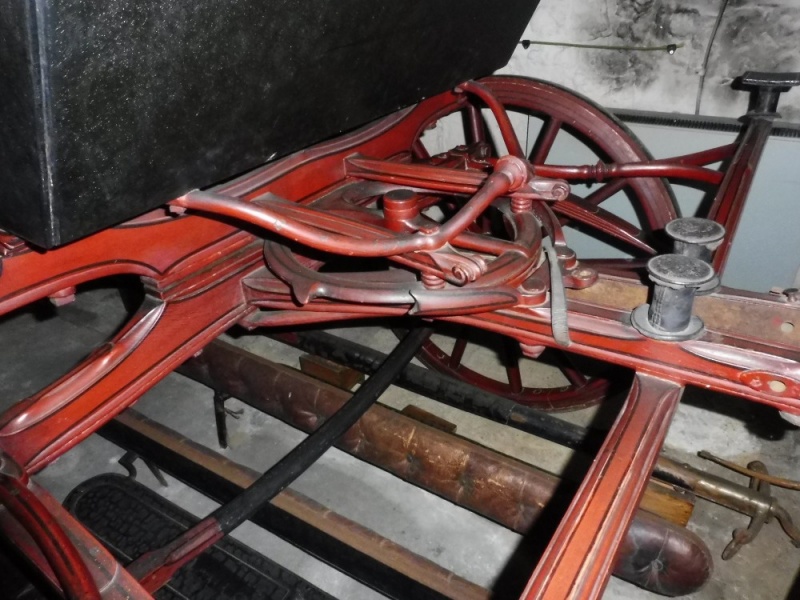 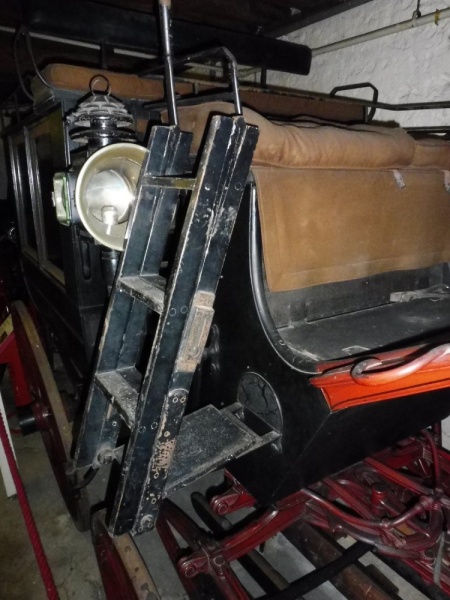 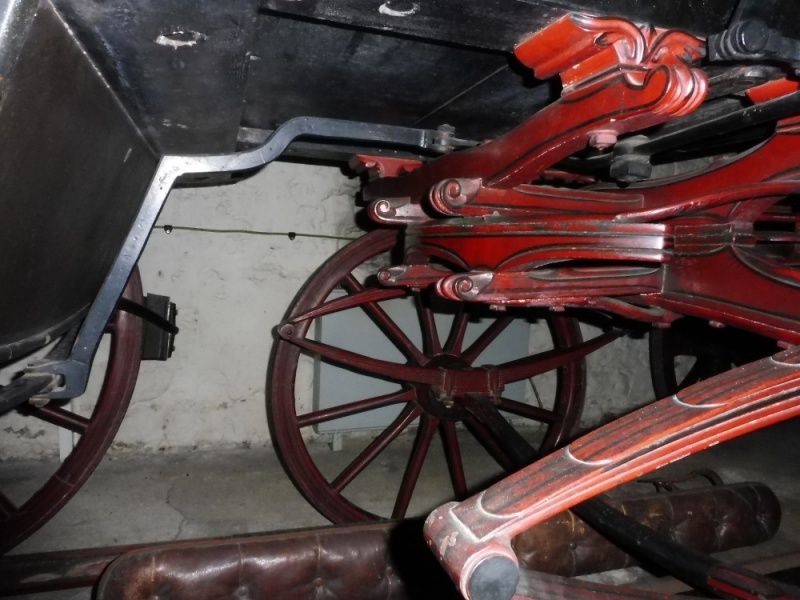 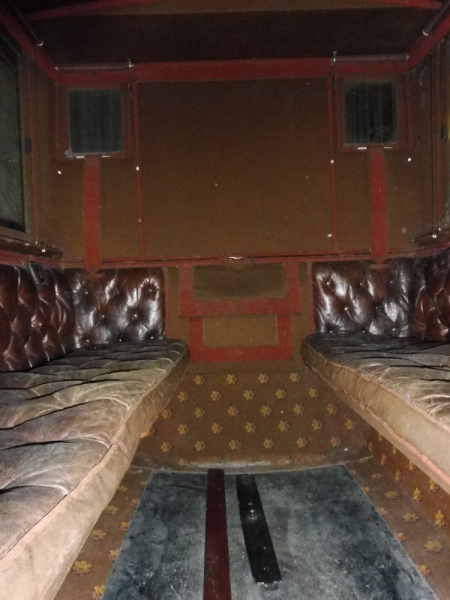 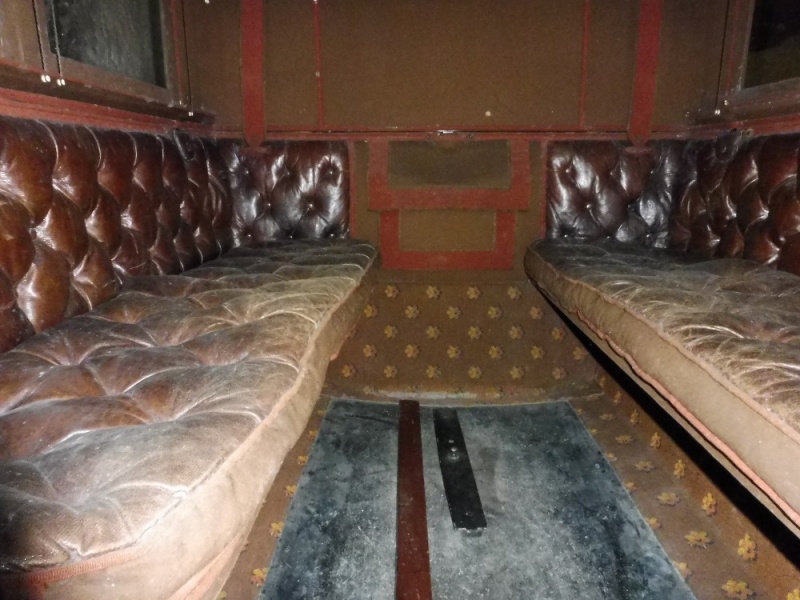 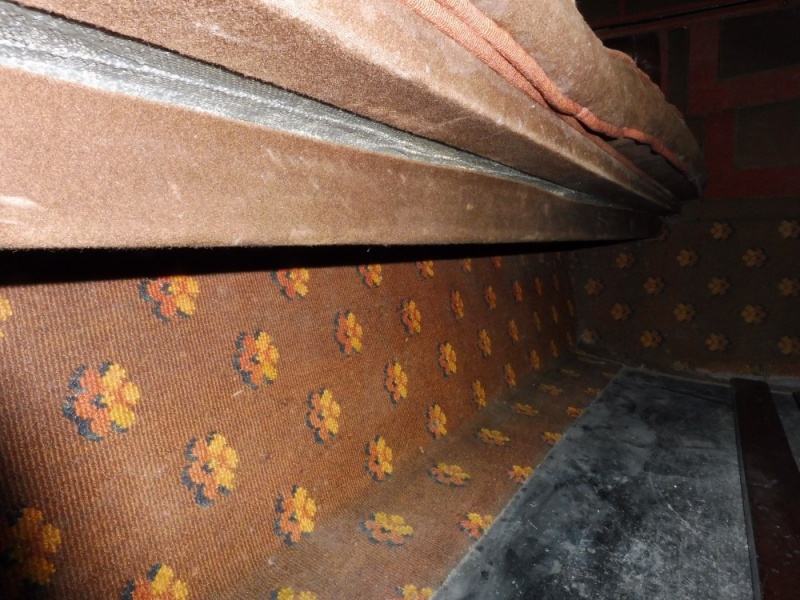 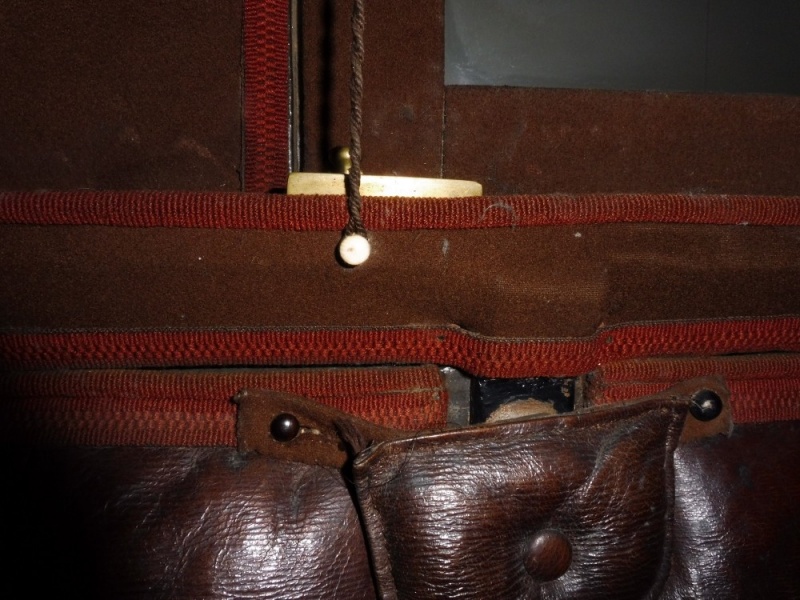 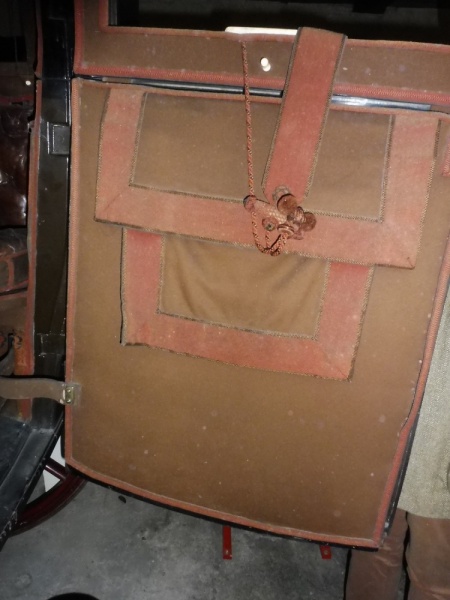 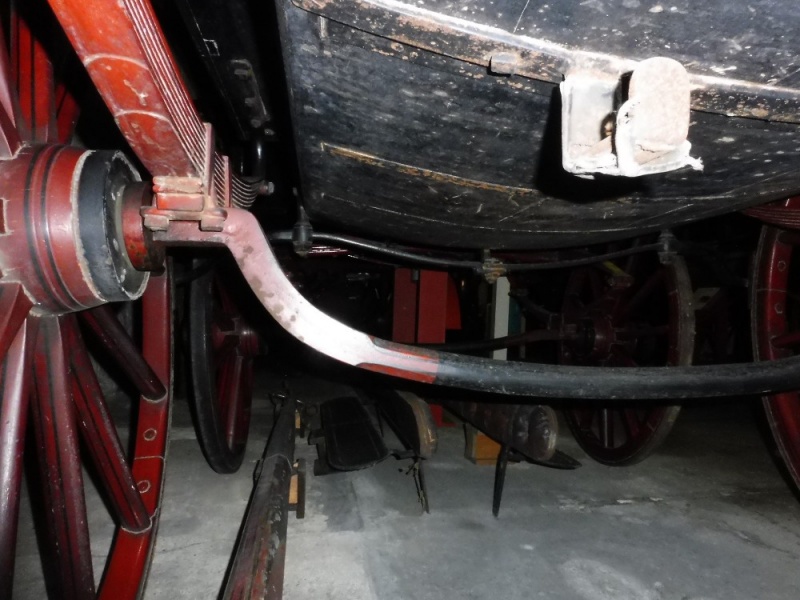 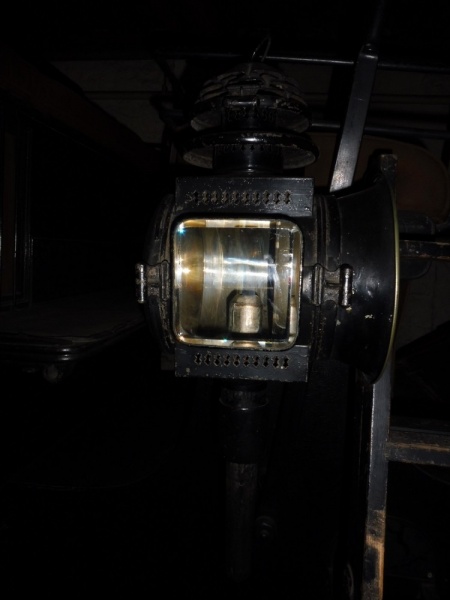 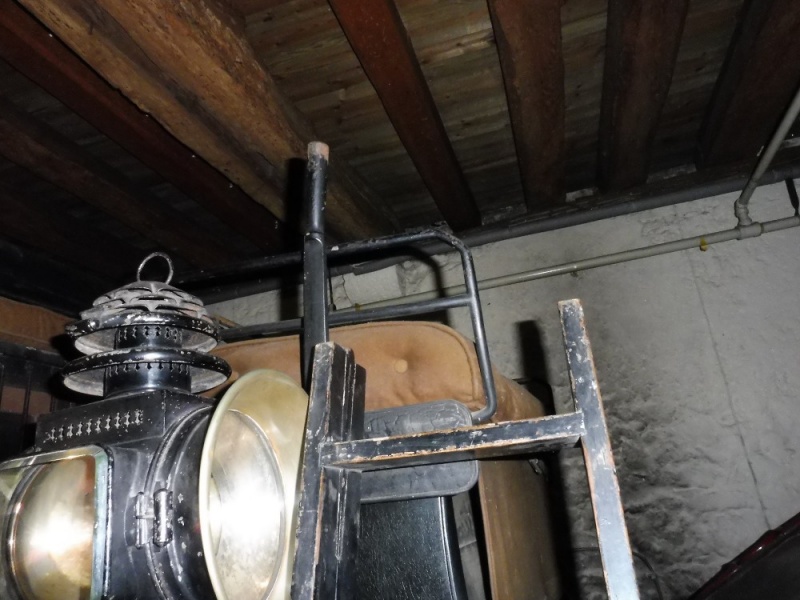 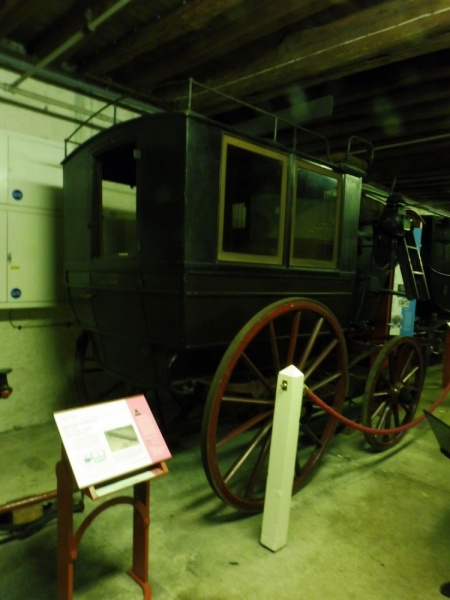 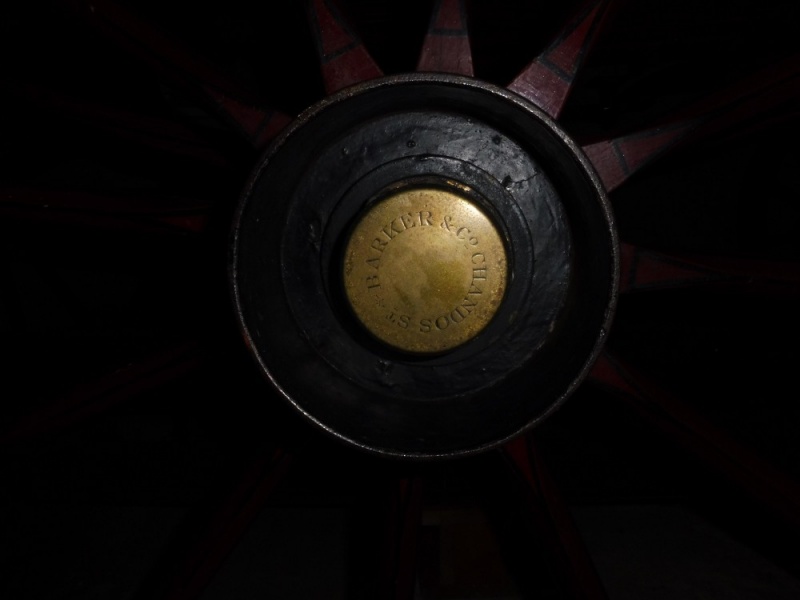 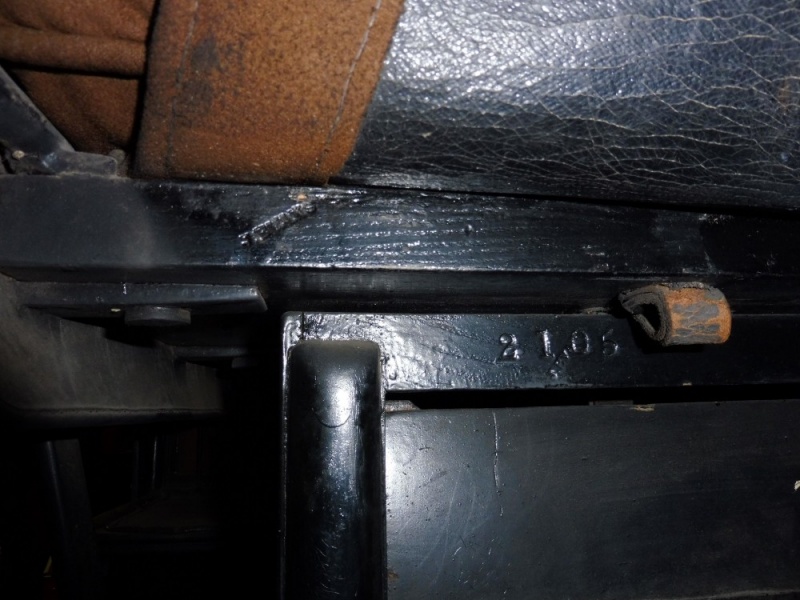 A Wagonette Omnibus for a pair or team of horses. Painted in brown, black an red with black lining and upholstered in chocolate brown leather and box cloth.

This versatile carriage belonged to the Graham Wigan family who were local to Maidstone. It was built by Barker & Co, one of this country’s finest coachbuilders.  The Wagonette Omnibus could be used by families to attend social occasions or for running passengers to and from train station. It is a convertible carriage as the roof can be removed with the assistance of a winch that would have been on the roof of a coach house. The Omnibus, with lazybacks bolted along the sides, then becomes a wagonette for outings in fine weather.

This is a very smart and practical carriage built by a top London coach builder. It has beautifully balanced curves and contours to the shape of the body which give it a more elegant profile to the standard boxy format of most omnibuses. As an omnibus the carriage has a large body with two windows either side and one at the back with brown wool cloth covered frames, in each side and two small windows at the top of the front panels. A fixed seat it situated on the top of the roof at the front with a footboard for two or three passengers. As the small windows at the front are at feet level they have iron grills across them to prevent the glass being broken by swinging feet. The passenger seat has single seat rails at the sides and a lazy back upholstered in black leather, the seat cushion is in brown box cloth. Around the top of the roof are single rails to hold luggage firm. The coachman’s seat has double rails that have angular corners, a feature of Barker carriages. The cushion is also covered in brown box cloth and the seat valance is of the same material. A detachable folding ladder hooks into the steps on the side of the boot under the coachman’s seat and with a grab handle on the footboard assists the coachman and front passenger/groom to mount the carriage. As a wagonette with the roof lifted off, lazy backs upholstered in pig skin with leather splash guards bolt to the sides, lengthways.

A single door at the back is mounted on butt hinges and has a brass T bar handle. A step with an oval skeleton foot plate is bolted to the underside of the back of the carriage. The lamps have a round glass at the front and square at the side with a double chimney. Theyare loose fitting, slotting into plain brackets bolted to the side of the frontboot.

The Wagonette Omnibus has 12 and 14 spoke, iron shod, English pattern wheels on collinge patent axles. The front axle is compassed down and the back one is cranked and compassed down. Sprung on elliptic springs. The forecarriage is very light and elegant in construction with carved scroll ends. The splinter bar is compassed down slightly and has the pole fitting above rather than below. A lever brake is fitted to the rear wheels with its mechanism being contoured to follow the line of the carriage body, subtly done. There are team bars and a pole for this carriage.

The lower body panels are dark chocolate brown. The upper panels and coachman’s seat are black. The edges of the footboard, wheels and undercarriage are painted bright red with black lining. On the door are two crests with mottos.

The internal trimming is rather lovely. The panels of the removable top are lined with brown box cloth and russet colour broadlace which has no pattern but is edged in a very fine lighter brown seaming lace. The toggles on the ends of the laces are beautifully and intricately woven. Russet coloured seaming lace surrounds the windows and the door. The seat backs and cushions are in brown buttoned leather. A Holland & Holland style carpet in brown covers most of the floor, it is missing in the centre. The internal furniture is of bone, simple and understated but very nicely executed.

On the underside of the coachman's seat carved into the wooden frame: 2105

This Wagonette Omnibus is in good original condition. All the components seem sound and the interior is in lovely condition although there is a little mould growth.

This Travelling Coach is in the care of the Tyrwhitt-Drake Carriage Museum.